People Can Just Get Along 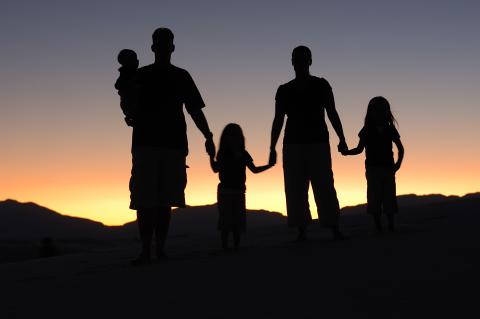 Mention any topic touching on international trade and you are sure to provoke multiple discussions, ranging from child labor to parity in workplace safety, and including catchy terms like "dumping," "outsourcing," and "brain drain."  It seems as if many of our best and brightest scholars are devoting their precious talents to enumerating all of the horrible ills that will beset humanity if we do not act immediately to combat each and every development in the global economy.

Yet what do these various proposals to regulate trade all have in common?  They are all attempts to prevent people from cooperating with each other.  The critics of recent developments in international trade relations, though they have couched their arguments in sophisticated economic rhetoric, are ultimately relying on the tribe mentality:  It's us versus them, and anything that they are for must be bad for us.

Fortunately for those who cherish harmony and peace, the tribe mentality is factually incorrect.  Trade is a positive-sum game.  Because happiness is ultimately subjective, it makes no sense to ask which party benefits (and which loses) from a voluntary exchange; both parties benefit.  When the farmer hires Johnny to paint his barn for $40, both are better off; the farmer values a painted barn over his $40, and Johnny values the $40 more than an afternoon of leisure.

Naturally we can raise objections.  What if the paint contains lead and gives Johnny cancer?  What if Johnny is underselling another painter with a family to support?  What if Johnny paints profane imperative sentences on the barn door?  Surely we can't let people make any old exchange just because they both agree to it!

It would be impossible to provide a comprehensive response to every hypothetical problem with allowing the cash-for-paint deal to unfold.  But what I wish to point out is that all such objections must overcome the prima facie evidence that the deal is a good one: namely, that the two people most knowledgeable and most likely to be affected by the deal are the participants themselves.  Any attempt to block their transaction would certainly disrupt the plans of the farmer and Johnny, since it was only their desire to trade in the first place that made it a matter of interest to concerned onlookers.  (There's no point in preventing people from doing what they don't want to do anyway.)

When it comes to international trade, the stories get more complicated, but the general principle remains:  Individuals attempt to improve their lives through voluntary cooperation, while third parties are concerned that these individuals may not know what's in their own interest.  And as with the farmer and Johnny, the critics in this arena must again overcome a default presumption in favor of the participants, because there are quite direct and tangible benefits from the voluntary rearrangement of the world's goods and workers.

However, as David Ricardo famously demonstrated, specialization and trade can benefit even a country that has an absolute advantage in all industries.  In this case, the privileged country should have its workers specialize in their comparative (or relative) advantage, i.e. that industry in which they're really good.  (If we change the numbers and suppose that French workers can make either 1 sweater or 3 bottles of wine per hour, while English workers can still make either 10 sweaters or 5 bottles of wine per hour, then the English should still import their wine from France.)  Note that it still makes perfect economic sense for the farmer to hire Johnny, even if the strong man can paint the barn in less time than it takes the young boy, because the farmer's labor is better spent tending to his crops and animals.

Although simplistic, the baseline Ricardian fable illustrates an important feature of human cooperation:  Because of the differing skills of their constituents, any given group can increase their consumption if they cooperate by letting each person do what he or she is (relatively) best at and then divvying up the total output, rather than having each individual consume only what he or she could produce in isolation.  This principle is true whether we are dealing with our farmer and Johnny, the Swiss Family Robinson, or the millions of citizens living in France and England.  Any external obstacles—such as tariffs or other government regulations—will reduce the total amount of goods produced.  Now perhaps such measures may be justified on grounds of equity or some other criterion, but we shouldn't forget that there is less total stuff to go around when labor is channeled into less productive lines.

Before moving on to more recent concerns, I should deal with the issue of jobs.  It seems as if the Ricardian argument treats humans exclusively as consumers, while neglecting their role as producers.  After all, in our simple stories above, the French sweater industry is ruined by unfettered trade with England.  What happens to these displaced workers?

The short and heartless answer is, "As soon as they get fired from the sweater factories, they get hired by the wine producers."  (After all, that's what it means for France to "specialize in wine production"; French workers are busy churning out bottles of wine.)  Of course, in the real world the transition will not be so immediate, and there may be a definite period of pain for the displaced worker.  But if we are to retain a system where each worker is allowed to choose his or her job (rather than having the government or caste system choose it), then the underlying economic realities must have some way to influence workers' choices; in a market economy, the mechanism is the price system.  In our example above, what really happens is that the French sweater manufacturers can't afford to pay workers as much as the French wine producers.  It's thus not so much that the sweater jobs are "destroyed," but rather that their potential wages are pushed so low that everyone chooses to accept employment from the higher paying wine producers.

Rather than tackling Ricardo head-on, recent skeptics of unfettered trade have argued that his logic is now irrelevant.  Whereas Ricardo assumed a world in which labor and capital goods were fixed within each country, and only final goods could cross borders, in today's global marketplace entire factories can be disassembled and shipped to wherever labor is cheapest.  Paul Craig Roberts, former assistant Treasury secretary in the Reagan administration, made just this argument when he teamed up with Charles Schumer for an article in the New York Times.1 The authors wrote that they had no problem with the classical case for free trade.  But things are not so simple in the new economy, where (for example) U.S. radiologists are being put out of work "because M.R.I. data can be sent over the Internet to Asian radiologists capable of diagnosing the problem at a small fraction of the cost."

But does this case really present any important difference from our story of English sweaters and French wine?  After all, if the Asian radiologists had simply programmed their knowledge into handheld M.R.I. readers that would yield expert diagnoses, and then shipped these machines to the U.S., the American radiologists would also be put out of work.  And yet this revised example falls completely under the assumptions of Ricardo's argument.  So are Roberts and Schumer saying that this type of development would be great—remember that sick Americans would now get cheaper medical treatment because of lower costs—but that the alternate method (i.e. sending the data over the Internet) is horrible?

The authors go on to pinpoint the causes of the disturbing new trend:

First, new political stability is allowing capital and technology to flow far more freely around the world. Second, strong educational systems are producing tens of millions of intelligent, motivated workers in the developing world, particularly in India and China, who are as capable as the most highly educated workers in the developed world but available to work at a tiny fraction of the cost. Last, inexpensive, high-bandwidth communications make it feasible for large work forces to be located and effectively managed anywhere.

Is this what we've now been reduced to?  Lamenting political stability, educated workers, and improved communication?  Is it really the case that human cooperation—of letting people freely choose which products to buy, where to live, and where to invest their capital, regardless of arbitrary geographical boundaries—is only effective amidst political turmoil, ignorant workers, and the Pony Express?

When it comes to international trade, there are many sensitive issues, and of course we must consider them all before reaching any conclusions.  However, we must resist the tribe mentality, of assuming that beneficial changes to them must necessarily translate into misery for us.  Today's question—"Import workers or export jobs?"—invites the zero-sum mindset if it is viewed as an either-or choice.  (If we opt to import workers, then they must be exporting jobs, and vice versa.)  Indeed, to ask whether it is fair to allow workers to seek a better life for themselves implies downright slavery—that they are "our" workers and can only be allowed to migrate with our permission.

Change always causes short-term pain for some groups; the clichéd examples of switchboard operators and horse-and-buggy manufacturers come to mind.  Yet in the long run everyone benefits from cooperation.  We must abandon economic sophisms and recognize the obvious truth that political freedom, smarter workers, and better technology are cause for celebration, not fear.