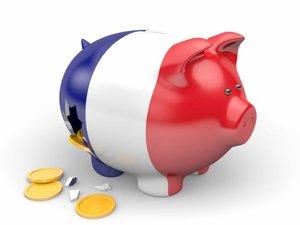 In recent years, Paul Krugman has incessantly defended France and its welfare state, even going so far as to pretend that the French economy was in fact in better shape than the British economy. According to him, “To an important extent, what ails France in 2014 is hypochondria, belief that it has illnesses it doesn’t.” However, except for some Keynesian propagandists, nobody believes that the French economy is not deeply in crisis and it is now more and more obvious that Krugman is wrong.

The UK, on the other hand, is growing faster than any other major advanced economy this year. Growth has picked up since the first quarter of 2013 to 2.6 percent in 2014 — a seven fold higher rate than for France — and employment in Britain, both in absolute terms and as a share of the adult population, has never been higher. Even wages, which were constantly depressed after the 2008 crisis, has begun to rise again.

As usual, British politicians took advantage of the British economy’s good performances to make fun of France. Chancellor Mr. Osborne has claimed: “And which county has created more jobs than the whole of France? The great county of Yorkshire,” after the latest UK jobs figures showed employment at a record high. David Cameron recently stated that “Labour will make us as bad as France.” French bashing is almost part of the British culture, it is true, but for now, the UK is indeed in better shape than France.

Since 2009, France and the UK have used opposing economic policies. France increased taxes and didn’t decrease government expenditures. The UK, on the other hand, decreased government expenditures but didn’t increase taxes. Between 2010 and 2013, the UK reduced its structural deficit by more than any other advanced economy (4.7 percent of GDP).

If you follow Krugman’s ideas, then this should suggest to you that there was less economic growth in the United Kingdom and more in France. Not very surprisingly, however, the exact opposite happened, and while the French economy stagnates, the UK has mounted an economic recovery.

Public spending in France is now more than eleven points of GDP higher than public spending in the UK. Taxes are also much higher in France and government regulations, particularly in the labor market, are not as problematic in the UK. Thus, it was easier for the structure of production to adapt itself after the crisis in UK than in France.

But while the public sector shrank in the UK, it expanded in France. Therefore, measuring economic progress via GDP — a deeply flawed strategy — underestimates the development of the British economy.

But even if the French economy is as great as Paul Krugman says it is, why then are so many French leaving their country to cross the English Channel? When you want to know if an economy is thriving look how people vote with their feet. If Krugman had done that, he could have seen that it is mainly the French that are immigrating to London, and not the English to Paris. Indeed, the number of French immigrants in the UK has increased dramatically over the past twenty years. The mayor of London, Boris Johnson, likes to say that he is the mayor of the sixth largest French city in the world. There are now more than 200,000 French immigrants in London alone.

Of course, the UK is far from perfect. Public debt and deficits remain too high and much needs to be done, mainly in the very public British healthcare sector. Indeed, health care public spending is still rising — 4 percent in volume between 2010–2011 and 2014–2015. Moreover, the Bank of England has conducted an expansionary monetary policy which could lead to instability and further crisis. There could be, for example, a new real estate bubble in England in the works.

On November 8, 2013, Krugman denounced the S&P decision to downgrade France:

I’m sorry, but I think that when S&P complains about lack of reform, it’s actually complaining that Hollande is raising, not cutting taxes on the wealthy, and in general isn’t free market enough to satisfy the Davos set.

A few days after Krugman wrote those lines, better than expected employment figures where published for Britain whereas France still had a double digit unemployment rate. Already in 2013, it was visible that something was wrong with France’s economic policies. But Krugman was convinced otherwise.

Early in January 2015, Krugman published another article which aimed at showing the superiority of the French economy over the British economy. And again, it wasn’t long before new statistics showed that what Krugman was saying was simply wrong. To sustain his argument, he published the following graph without any sources:

Austerity triumphant. Or, maybe not. Part of this is the growth rate fallacy — no matter how badly an economy has done over an extended period, you proclaim success after a year or two of good growth.

There are two major problems with Krugman’s claim. First of all, if you look at GDP per capita growth since 2000, the UK outpaces France. Second, Krugman’s graph is wrong. Whether you look at the data of the IMF, the World Bank, or Eurostat, no one matches with his data. The graph actually looks like this:

Furthermore, austerity policies in the UK were introduced only after 2009. Thus, the Keynesian orthodoxy is unable to explain why growth, decrease of unemployment, and austerity took place at the same time. Krugman gave no explanation.

From December 2009 to December 2014, in Britain, the number of employees in the public sector went from 6,370,000 to 5,397,000 whereas total employment went up by about 1,700,000. However, the public and private sector employment series have been affected by a number of major reclassifications where bodies employing large numbers of people have moved between the public and private sectors. But even if you take this into account, the number of jobs created by the private sector is still very impressive. On the other hand, the number of government employees in France never stopped increasing and unemployment is still at a very high level. Keynesianism is completely unable to explain what happened. They expected that austerity would have led to a strong recessionary effect. This is not what happened.

For those not bogged down by Keynesianism, however, the graph can certainly be explained, as can the relatively superior growth levels experienced in the UK. A reduction in the number of government employees is good because that labor becomes available for private companies, and wages fall. This fall makes new investment projects viable. When the public sector shrinks, it becomes relatively more attractive to work in the private sector. Only then can entrepreneurial energies be used to serve consumers on the market place rather than being directed toward rent-seeking in the political arena.

The future of France is not as bright as Paul Krugman thinks it is and his recommendations are far from being verified by theory and facts. During a crisis, the best rule the government can follow is, as Rothbard wrote “don’t interfere with the market’s adjustment process.” One other thing the government can do however is to slash government spending and taxes. To an extent, this is more or less what was done in the UK, especially when compared to France. As Rothbard showed, “depression is a time of economic strain. Any reduction of taxes, or any regulations interfering with the free market, will stimulate healthy economic activity; any increase in taxes will depress the economy further.”