Nobel Committee in Search of Economists 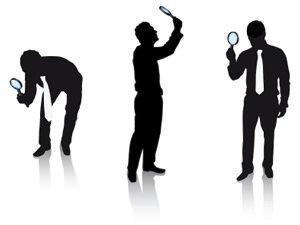 This year's Nobel Memorial Prize in Economics goes to Peter Diamond, Dale Mortensen, and Christopher Pissarides, for their work on "search theory," especially as applied to labor markets. In the present article I'll explain the basics of their contribution but then point out the crisis in mainstream economics: even though these economists — especially Diamond — are very smart and productive, they and their colleagues have hardly helped the plight of the unemployed, as we stumble ever deeper into depression.

Search Theory in the Labor Market

According to the official press release,

This year's three Laureates have formulated a theoretical framework for search markets. Peter Diamond has analyzed the foundations of search markets. Dale Mortensen and Christopher Pissarides have expanded the theory and have applied it to the labor market. The Laureates' models help us understand the ways in which unemployment, job vacancies, and wages are affected by regulation and economic policy. This may refer to benefit levels in unemployment insurance or rules in regard to hiring and firing. One conclusion is that more generous unemployment benefits give rise to higher unemployment and longer search times.

Now, many cynical readers will consider this akin to "proving that water runs downhill," as a wag once described mathematical economic models that formalized the obvious. Whether for good or ill, the laureates developed models with all the modern bells and whistles to show this intuitive result. (If you are curious, check out this summary paper;

the policy implications of raising unemployment compensation are discussed on the bottom of page 41.)

I am not the person to give a summary of the academic output of these three individuals; Tyler Cowen has done a remarkable job here, here, and here. Instead I'll opt for the more modest goal of conveying the essence of the laureates' award-winning work.

In the most basic supply-and-demand analysis of the labor market, it's a wonder that there should ever be unemployment. In this simple framework, if there are millions of people out of work, then the market wage rate is obviously above the "equilibrium" value — the value at which the supply and demand curves intersect — and full employment should quickly be restored as wages fall.

Of course, in the real world unemployment often does not quickly resolve itself through falling wages. So something is clearly wrong with the simplistic story we tell in introductory econ classes.

"Whether for good or ill, the laureates developed models with all the modern bells and whistles to show this intuitive result."

Economists have come up with different explanations. Austrians, for example, might point to government or labor-union (supported by government) intervention in the labor markets. Other economists might declare that "wages are sticky" because of issues of morale.

What the recent laureates did was to break away from the view that there is a transparent labor market with "the" prevailing wage and one homogeneous job category. In the real world, an unemployed worker doesn't know all of the potential employment opportunities that exist, and a firm with a job vacancy doesn't know all of the potential candidates. The workers and firms must search for each other, and this search is itself costly and time-consuming.

Once we take into account the uncertainty of the job-search process, it is easy to see why unemployed workers don't always take the first job offer they get. In their formal models, Mortensen and Pissarides would assume that a worker faces a probability distribution of job offers with various wage rates.

To do things formally, we would have to next spell out a "utility function" for Joe, complete with a discount rate on "future utils," in order to solve the constrained optimization problem. But with our simple example, we can see that it would be plausible if Joe adopted the following strategy or "stopping rules": First, if Joe ever gets an offer of $70,000, he should obviously take the job on the spot. That's the best offer he thinks is possible.

Second, if Joe receives an initial offer of $50,000, he should reject it. He still has a 50 percent chance of making more than that by holding out for another three months and burning the rest of his savings. However, regardless of the salary, Joe has to accept the second job offer, because at that time he will have nothing left in the bank.

Third, if Joe initially gets an offer of $60,000, then he should accept it. It's true, at that point he would still have three months' worth of savings and could afford to go through another round of interviewing. But Joe knows he would have to accept the second offer, regardless of what it was, and there is only a 10 percent chance that it would be better. In the meantime, Joe could be earning a salary of $60,000 for three months, rather than drawing down his savings even more. (This decision is even more compelling if we assume that Joe forfeits his initial offer if he doesn't quickly accept it, meaning that there is a 50 percent chance Joe will have to take a $50,000 job.)

"It's not as if the laureates' work has been obscure, or that it is brand new, and thus is a magic bullet that can help mainstream economists advise governments on how to get out of this rut."

Our simple story gives the intuition behind the formal models so esteemed by the Royal Swedish Academy. Once we view the labor market as a problem of searching and matching, it's obvious that at any given time — even in a normal, healthy economy — there will be a large number of unemployed people.

This "natural rate of unemployment" can certainly be influenced by government policy, however. Most obvious, if Joe receives monthly unemployment checks from the government, then he will be more likely to hold out for a better-paying job. Depending on the numbers, perhaps Joe would not accept a $60,000 job offer right away. But every other worker is thinking the same thing, and so (on average) workers take more time in between jobs, meaning that the average unemployment rate is higher.

The Crisis in Mainstream Economics

Obviously the academy chose these recipients because of the current crisis — we need to honor those economists who have helped us understand institutional unemployment! But something is very wrong here. It's not as if the laureates' work has been obscure, or that it is brand new, and thus is a magic bullet that can help mainstream economists advise governments on how to get out of this rut.

On the contrary, Diamond's foundational work is decades old, and, according to Tyler Cowen, the "seminal paper" for which the Nobel was given was written in 1994. Whether you want to claim the Nobel is a pat on the back for Keynesianism (as Krugman did), or to claim that it is a kick in the bottom for old-school Keynesianism (as Cowen did), there's no getting around the fact that these basic insights are at least 15 years old.

Now, it would be one thing if the problem of long-term unemployment had been a tough nut to crack lo these many decades, but finally mainstream economists were beginning to get a handle on it. Then, it would certainly be appropriate to give the Nobel to those researchers who had paved the way, if not for the solution then at least for the path to a solution. But is that really what's happened in economic science?

There is a crisis in mainstream economics. Simply put, the economists have utterly failed in their promises to policymakers and the public. The work of Diamond, Mortensen, and Pissarides may not be directly to blame, but this year's award is just one more example of how out of touch the economics profession has become. To award economists for their contributions to understanding unemployment — just as it is becoming painfully obvious that the leaders of the field do not understand unemployment — is as unseemly as giving someone a Nobel Peace Prize just as he accelerates foreign military conquests.