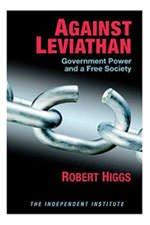 My idea of a great president is one who acts in accordance with his oath of office to "preserve, protect, and defend the Constitution of the United States." Not since the presidency of Grover Cleveland has any president achieved greatness by this standard. Worse, the most admired have been those who failed most miserably. Evidently my standard differs from that employed by others who judge presidential greatness.

In the New York Times Magazine for December 15, 1996, Arthur M. Schlesinger, Jr., presented the results of a poll of historians asked to rank the presidents (excepting only William Henry Harrison and Zachary Taylor, who held office very briefly). Thirty historians plus politicos Mario M. Cuomo and Paul Simon were asked to rank the nations chief executives as Great, Near Great, Average, Below Average, or Failure. The ranking applies to performance in the White House, not to lifetime accomplishments, and the historians used their own judgment as to what constitutes greatness or failure.

The results of the poll correspond well with the results of a number of earlier polls, especially in the set of presidents regarded as Great or Near Great. The three Great ones are Washington, Lincoln, and Franklin D. Roosevelt. The Near Great comprise Jefferson, Jackson, Polk, Theodore Roosevelt, Wilson, and Truman. The Failures are Pierce, Buchanan, Andrew Johnson, Grant, Harding, Hoover, and Nixon, the last ranking at the very bottom of the heap.

What are we to make of this ranking? Well, it helps to know that the historians (and two politicians) doing the ranking are nearly all left-liberals. In this regard they faithfully represent the historical profession in the United States today. In making their judgments, such historians bring to bear left-liberal beliefs and values. Thus, one respondent, James MacGregor Burns, asks: "How can one evaluate such an idiosyncratic President [as Nixon], so brilliant and so morally lacking?"--as if Nixon were, in this crowd, uniquely immoral.

One need not ponder the rankings long, however, to discover a remarkable correlation: all but one of the presidents ranked as Great or Near Great had an intimate association with war, either in office or by reputation before taking office. Of the top-ranking "nine immortals," five (Lincoln, FDR, Polk, Wilson, and Truman) were commander in chief when the nation went to war, and three (Washington, Jackson, and Teddy Roosevelt) were best known prior to becoming president for their martial exploits. The one exception, Jefferson, confined his presidential bellicosity to authorizing, with Congressional consent, the naval engagements against the Barbary pirates. (Of course, he had been a revolutionary official during the War of Independence.)

In contrast, of the eleven presidents ranked as Below Average or Failure, all but one (Nixon) managed to keep the nation at peace during their terms in office, and even Nixon ultimately extracted the United States from the quagmire of the war in Vietnam, though not until many more lives had been squandered.

The lesson seems obvious. Any president who craves a high place in the annals of history should hasten to thrust the American people into an orgy of death and destruction. It does not matter how ill-conceived the war may be. Lincoln achieved his presidential immortality by quite unnecessarily plunging America into its greatest bloodbath--ostensibly to maintain the boundaries of an existing federal union, as if those boundaries possessed some sacred status. Wilson, on his own initiative and against the preference of a clear majority of the American people, propelled the country into a grotesquely senseless, shockingly barbarous clash of European dynasties in which the United States had no substantial national interest. On such savage and foolish foundations is presidential greatness constructed.

I hold no brief for John Quincy Adams, Martin Van Buren, or Chester Arthur. But give them their due; at least they did not spill the blood of their fellow citizens. Grant and Harding, who always rank near the bottom, do not deserve such contempt. Schlesinger observes that "their sin was excessive loyalty to crooked friends"--a sin that, in truth, many presidents have committed. And even Schlesinger admits: "Scandal and corruption are indefensible, but they may injure the general welfare less than misconceived policies."

Indeed, scandal and corruption, which not surprisingly have tainted most administrations to some degree, pale by comparison to the damage presidential policy decisions have wreaked. What weight does Grant's Credit Mobilier scandal have in comparison to Lincoln's 620,000 dead in the Civil War? Harding's Teapot Dome affair is but a drop in the ocean compared to the global horrors set in train by Wilson's decision to take the United States into World War I: Allied victory, a harsh Versailles treaty, German resentment, the rise of Nazism, and World War II, not to speak of the rise of Communism, which also followed in World War I's wake. Why do the historians, and following them the public, place on pedestals the leaders responsible for such utter catastrophes?

I have a theory: left-liberal historians worship political power, and idolize those who wield it most lavishly in the service of left-liberal causes. How else can one account for the beatification of Lincoln, Wilson, and Franklin Roosevelt? Truman, now so elevated in the estimation of the historians, left office in unpopularity bordering on disgrace because of his Korean War disaster, but the historians forgive him, admiring his use of nuclear weapons and attempts to preserve and extend the New Deal. Theodore Roosevelt, a bloodthirsty proto-fascist, evokes admiration because of his public flogging of big business, a perennial left-liberal whipping boy.

Were I to rank the presidents, I would not quite turn the historian's ranking on its head, but I would move in that direction. Certainly Lincoln, Wilson, FDR, Truman, and Lyndon Johnson belong at the bottom, for their statist economic policies as well as their supremely catastrophic war policies.

Finding presidents to put at the top of the list poses more difficulty, especially in choosing among those who have held office during the past century. Grover Cleveland, though far from perfect, may have been the best. He kept the country at peace. He respected the Constitution, acknowledging that the national government has only a limited mission to perform and shaping his policies accordingly. He fought to lower tariffs; preserved the gold standard in its time of crisis; and restored order forcibly when hoodlums disturbed the peace on a wide front during the great railroad strike of 1894.

Washington, I think, actually does deserve a high rating--not even the historians can be wrong all the time. He established the precedent of stepping down after two terms, which lasted until it clashed with FDR's insatiable ambition, and he prescribed the sensible foreign policy, later slandered as "isolationism," that served the nation well for more than a century. Other early presidents who were not entirely reprehensible in office include Jefferson and Jackson, though each committed grave derelictions.

Of the presidents since Cleveland, I rank Coolidge the highest. He sponsored sharp tax cuts and greatly reduced the national debt. As H.L. Mencken wrote, "There were no thrills while he reigned, but neither were there any headaches. He had no ideas, and he was not a nuisance"--high praise in view of the execrable performance of other twentieth-century presidents. Taft and Eisenhower were a cut above the rest, but that's not saying much.

Unfortunately, under FDR the Constitution suffered damage that none of his successors has repaired and most have made worse. Certainly since 1932--and, one might well argue, since 1896--no president has been true to his oath of office. Realizing the ambitions harbored by Teddy Roosevelt and Wilson, Franklin Roosevelt created the "imperial presidency," and we have been the worse for it ever since.

The people who ratified the original Constitution never intended the presidency to be a powerful office spawning "great men." Article II, Sections 2-4, which enumerate the powers of the president, comprise but four paragraphs, most of which deal with appointments and minor duties.

The president is to act as commander in chief of the army and navy, but Congress alone can commit the nation to war, that is, "declare war." The president is to "take care that the laws be faithfully executed," but only Congress can enact laws, and then only within the scope of its limited, enumerated powers. The presidency was intended to be a largely ceremonial position whose occupant would confine himself to enforcing federal laws.

But over time, abruptly during Lincoln's presidency and progressively during the twentieth century, presidents seized more and more power.

American liberty will never be reestablished so long as elites and masses alike look to the president to perform supernatural feats and therefore tolerate his virtually unlimited exercise of power. Until we can restore limited, constitutional government in this country, God save us from great presidents.
Author: