The Myths of Capitalism's History 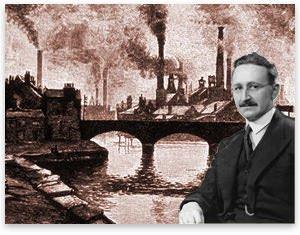 History provides ample evidence that ideas matter, and reverence for facts is an intellectual virtue. History also shows that one of the more pernicious phenomena in the world is a set of facts that simply aren't true.

Western industrial history, and the policies building on it are marred by a broad collection of false "facts" that have proven positively destructive to history's project of liberty and prosperity.

Even before the "New Economic History" of the 1950s, '60s, and '70s set the quantitative record straight, F.A. Hayek and others collected essays in a short volume, Capitalism and the Historians, arguing that western industrialization was a great boon for the poor instead of the bane it was supposed to be. The very short, very readable volume presages much of the revisionist history of the cliometric project of the New Economic Historians, but it also illustrates an important intellectual and strategic point that was at the heart of what groups like the Mont Pelerin Society originally aimed to do. Their goal was to keep the intellectual flame of the western liberal tradition burning even during its darkest hours. It is a lesson we do well to take to heart today.

In his introductory essay, F.A. Hayek points out that historical mythology matters sometimes just as much as facts (p. 4). Incorrect social science, incorrect theory, and incorrect historiography have enslaved us to a narrative about processes of economic change that simply isn't true.

The rich did not get richer by exploiting the increasingly immiserized poor during the early parts of industrialization.

People weren't forced out of an idyllic rural life and into the dark satanic mills of industrial England.

Pristine childhood wasn't transformed into a grotesque caricature of itself in which children were robbed of their innocence by wicked industrial masters.

Man's labor did not confront him as something alien.

Hayek pointed out that the historical discontinuity that appeared during the era that we loosely call "industrialization" was that people came to expect economic progress rather than stagnation as the natural course of things. Regular people up through the 18th century could expect to see no economic progress during their lifetimes. Today, we are disappointed when economic growth is slower than we expect.

The rhetoric of history in the late 19th and early 20th centuries charged and condemned capitalism (p. 11). Even such a luminary as Bertrand Russell was wrong about capitalism (p. 13). He argued that it was bad for England and America. Here the credulity of the layman was important for the ethical conversation that informed policymaking during the backlash against liberalism. People who didn't know any better, and who couldn't be reasonably expected to know any better, relied on the flawed interpretations of the opinion makers (called "the clerisy" by Deirdre N. McCloskey in her ongoing project about the bourgeois era).

We are not even twenty years removed from the fall of the Berlin Wall and we have fallen upon hard times for classical liberalism. Popular magazines are declaring that "we are all socialists now," supposed free-market enthusiasts like Alan Greenspan are claiming to have seen the error of their ways, and the popular-but-false narrative of the current crisis is that laissez-faire "cowboy capitalism" under the recent Bush administration is to blame for our economic malaise.

One of the most remarkable facts about the world of the last century or so is that people came to expect economic growth as the natural course of things (Hayek, p. 14). In the process, members of the clerisy have failed to appreciate that economic growth is not automatic and have even come to denigrate the achievements of modernity. 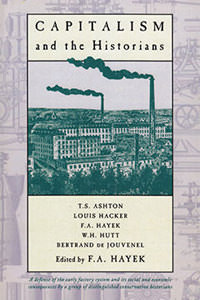 "The costs of an incorrect view of industrial history can be substantial."

Further, the clerisy have failed to appreciate the institutions like open access to the economic system that are necessary for a thriving, growing society. Clerics secular and religious turn their noses up at the supposed modern obsession with lucre, but it is that very lucre that allows us to devote our time and attention to nobler things.

Ideas matter, and prosperity requires honest, open, and resolute devotion to the truth. The traditional view of modern economic growth as a phenomenon in which humanity was burned and warped in an industrial cauldron is every bit as resilient as it is inaccurate.

The costs of an incorrect view of industrial history can be substantial. In a rhetorical environment in which capitalism is viewed with skepticism, if not open contempt, there is nothing to suggest that we will enjoy the fruits of modern economic growth forever.