My Debate Challenge to Paul Krugman 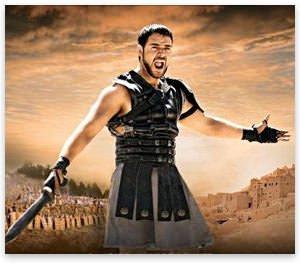 As many readers already know, last week I launched a campaign to pressure Paul Krugman into debating me. In just the first week, this sophomoric 7-minute YouTube video has generated $35,000 in pledges. At this point, I don't see how Krugman will ever live this down until he debates me on Austrian versus Keynesian business-cycle theory.

In the present article, I'll give a little background of how I came up with the idea. Then I'll point out the broader implications of this episode, which go well beyond my jousting with Krugman.

The first ingredient for our story is a website called ThePoint. A couple of months ago my wife explained to me how "Groupon" works. (A business will offer an amazing coupon, but only if a critical number of people opt for the deal. It is a coupon that only works if adopted by a group, hence the name.) Not only is Groupon a brilliant idea — made possible through the Internet — but it shows how real-world markets are far more adaptive than they are modeled to be in mainstream economics.

I decided to write up a Mises Daily article on all this. But while doing research, I discovered that Groupon was itself the byproduct of a more general website, ThePoint. After watching its short video tutorial, I realized that ThePoint offers libertarians a very effective way to coordinate their efforts.

At the time, I tried brainstorming, but the best I could come up with was a campaign to buy a Super Bowl ad related to liberty. This type of project would be perfect for ThePoint — there would be lots of people willing to chip in $5 or $10, but they wouldn't want to waste their money if not enough people joined the cause. ThePoint's conditional framework — where your credit card is not billed until the specified objective is met — avoids this stumbling block. But since the Superbowl ad idea was not particularly earth-shattering, I moved on.

The next piece of the puzzle was the website Xtranormal, which offers a very convenient platform for quickly generating animated movies. I was vaguely aware of this site because I saw a short clip mocking Christine O'Donnell, but I assumed it took a huge investment of time. Then when Jeffrey Tucker created this cute video promoting the Mises Academy, he told me it was actually a piece of cake.

"Aha!" I thought. "If anybody can put off productive work in order to generate videos with amusing dialog, then surely it is me!" But as with ThePoint, here too I couldn't think of anything really great. So I went back to my usual routine of writing articles and blog posts.

Unbeknownst to me, these two seemingly independent ideas must have been germinating in my subconscious. For, a short while later, I watched The Social Network, the film describing the founding of Facebook. Watching young guys pursue their passion and become obscenely wealthy galvanized my inner entrepreneur. I wanted to come up with a big idea. But what?

Literally on the drive home from the theater, I conceived of my debate challenge to Paul Krugman. By soliciting pledges through ThePoint, donors would be reassured that they weren't throwing away their money. And by choosing soup kitchens across the country as the main beneficiaries (this was my original version, until I realized ThePoint could only designate one recipient of the check), what could Krugman possibly say? If we offered to pay him half the prize money, he could "be above it all." But soup kitchens?1

Even though I could see the potential of the campaign, I knew the mere launch wouldn't be enough. I had to explain the strategy behind it, to make sure everyone understood just what an awkward position Krugman would be in if the numbers rose above $100,000. I also knew a lot of people wouldn't understand why I wanted Ezra Klein as the moderator. (If you're curious, I settled on Klein because he had recently emailed Krugman, asking for an explanation of the various schools of thought and their prescriptions for a recession.)

At first, I thought I would have to write up an article explaining the overall strategy and answering objections. But no, that wasn't going to cut it. Nobody wants to read through a long commercial, especially a commercial with several different clauses. That's when I realized I could have two people hash it out in an Xtranormal video. It would be a much easier way to raise objections and answer them.

The rest, as they say, is history. I did some checking to make sure that ThePoint had actually handled big campaigns — unless they are complete frauds, they apparently sent a check for $10,000 to the Crohn's and Colitis Foundation of America after this guy started a campaign and sailed across the Atlantic. I also checked with the director of philanthropy at FoodBankNYC to make sure they had no objections to my plans.

To be honest, I didn't know if the campaign would catch on or not. It's so hard to tell which YouTube videos will "go viral" and which will fade into obscurity.

Needless to say, the success of the campaign exceeded my wildest expectations. Within the first 24 hours, it raised some $3,000, which totally shocked me. Within the first 37 hours, it had broken the $5,000 mark. Then because of this Tom Woods plug, the thing really took off, smashing through $10,000 a few hours later. The campaign broke outside standard Austrolibertarian circles, into the financial blogs, through Robert Wenzel, then Jeff Harding at Zerohedge (which also was reprinted at LRC), and most recently (as of this writing) John Carney at CNBC.

As I wrote on my blog to the readers who were excitedly watching the pledges roll in, "This isn't going to my head. I understand full well that the $5,000 raised in 37 hours is not a reflection of your love for me, but your hatred for Krugman."

Hundreds of fans of the Austrian School were joining the campaign, because they realized the wonderful corner into which Krugman would be painted. He would either have to debate someone well-versed in Austrian business-cycle theory or explain why a New York City food bank would miss out on $100,000+ in "right-wing" money. I wonder if Krugman is surprised at the intensity of the animosity? I was, so I'm betting he is too.

Besides the fun of the campaign — and the great teaching opportunity that should arise if and when Krugman breaks down and debates — there are broader lessons from this experience.

First, I want to stress the brilliant business plan of ThePoint and Xtranormal. I didn't have to pay anything to set up the campaign or to create my promotional video. These services were provided free, because their creators understand full well the importance of network effects.

Consider ThePoint. They don't really have too much overhead, except the server(s) to host the various campaigns. I didn't have to talk or even email with anyone in order to launch the campaign; the process was automated and took about 20 minutes.

As far as I can tell, ThePoint doesn't have advertisements yet. It has "Featured Campaigns," which may be a source of revenue. But as far as the Krugman debate is concerned, the only fees ThePoint will earn are the 5 percent of the pot once the money is collected. This sounds like a tidy sum, until you realize that credit cards (especially American Express) charge servicing fees that may very well average 3 percent to 4 percent, depending on the size of the individual donation. So I will be curious to see if ThePoint — like Facebook — tries to become the dominant website of its genre, and then implement "tasteful" ads.

Xtranormal's business model is even more clever. It is quite simple to get a video up and running; as their slogan says, "If you can type, you can make movies." They came up with a very user-friendly interface to control the characters' behavior. (For example, the male office worker in my video throws his hands up when he says, "It's in Alabama, for crying out loud!")

Now, one component of Xtranormal's strategy is obvious enough: they insert a commercial at the end of each freebie movie, pointing people to their site. But how do they actually make money? What pays for the computing power necessary to process the user instructions and generate animated movies?

As it turns out, Xtranormal sells "xtra-points" that can be used in the movie-making process. A moviemaker can use these points to access "sets" that are unavailable to the nonpaying customers, to choose from a wider variety of costumed characters, and to have greater flexibility in the movements of the characters.

Xtranormal's overall strategy is to attract large numbers of users by making the initial process free. Then, once people are hooked and everybody has already seen various videos using the freebie material, moviemakers will be inclined to actually start paying.

The most relevant lesson for Austrian economists is that we are seeing the transformation of funding mechanisms for those in the business of creating ideas. Before the rise of modern capitalism, artists and writers needed the support of wealthy patrons. But with capitalism and its "mass production for the needs of the masses," this dependence on the philanthropy of the rich receded.

The innovators of today are taking advantage of the new frontier of the Internet. Recognizing the obsolescence of "intellectual-property" laws, they are dreaming up new ways to earn a living from the production of ideas.

Yes, if the state suddenly stopped enforcing ownership claims on intangible, nonscarce things, we can imagine all sorts of potential problems. But surely these budding entrepreneurs — and thousands more rising from the ranks — are just the people to solve them.