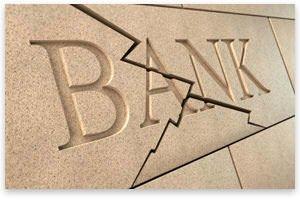 07/11/2012Russell Lamberti
Economic events around the globe over the past five years have revealed one important fact: the modern banking system is fundamentally dysfunctional.

Does this surprise you? It should not. It has been this way since 1844. In that fateful year, the British Parliament passed the Bank Charter Act, an attempt to bar commercial banks from engaging in fractional-reserve lending.

Back then, people would deposit gold (the money of the day) for safekeeping in bank vaults. The banks would issue depositors with a signed contract stipulating that the bank was obliged to hand over, on demand at any time in the future, a specified weight of gold to the bearer of the contract. These contracts became known as "banknotes". Because banknotes were a legal claim to ownership of real money in bank vaults, the banknotes of the most trusted and respected banks came to circulate as money substitutes and were hardly ever redeemed for actual gold.

These banks soon realized they could create banknotes that looked just like the original banknotes, with the same contractual stipulations (that is, a claim on gold) and lend them out to merchants at interest. Because hardly anyone actually redeemed their gold, no one realized initially that the banks had created more contractual notes (banknotes) than there was actual gold in the vaults. There was now a pile of new banknotes circulating in the economy, mimicking real banknotes backed by gold.

This was fractional-reserve lending.

The injection of excessive monetary liquidity into the economy fueled euphoric speculative bubbles in asset markets. When these unsustainable bubbles inevitably burst, confidence rapidly deteriorated and people rationally rushed to hold real gold instead of paper claims on gold. Of course, as people flooded the banks with contractual claims on gold, it was quickly discovered that most banks did not have enough gold in their vaults to meet all the claims. This caused even more panic and the resultant run on the banks forced many to declare bankruptcy.

The unredeemable banknotes immediately lost all their value. Huge piles of banknotes stopped circulating, causing monetary liquidity to dry up, leading to further declines in previously overinflated assets and a painful deflationary economic depression — a hangover from the preceding euphoric paper-note inflation and asset bubble.

British legislators rightly wanted to avoid these unnecessarily destructive cycles. The banks' ability to create banknotes out of thin air and lend them out to merchants was the chief cause of the resulting and destructive boom-bust, inflation-deflation cycle. The Bank Charter Act of 1844 correctly declared this type of lending illegal and barred banks from defrauding the public by issuing banknotes posing illegitimately as gold substitutes.

However, despite the noble intentions of the Bank Charter Act of 1844, it contained a fatal flaw, a flaw that still torments the financial system in 2012. For although the Act forbade the creation and lending of counterfeit banknotes, it failed to prohibit another form of unbacked lending that in effect allowed the banks to continue doing what they had been doing before.

Banks carried on lending out more than the actual value of gold in their vaults, but now, instead of issuing physical banknotes, they simply loaned "money" by entering values into borrowers' personal account records on which checks could be written for payment. The banks had found a loophole.

These new loans, which reflected as mere entries in check accounts, falsely posed as gold substitutes in the same way, though more difficult to detect, as banknotes once had. Destabilizing paper-banknote inflation had been stopped, but it had merely been replaced by destabilizing check-account inflation.

Put simply, banks continued to lend more money than actual gold on deposit, rendering the financial system as unstable as before.

This practice of inflating check or deposit account entries out of thin air remains the modus operandi of all commercial banks to this day. In addition, the very purpose of the central bank — and the monopoly currency production privilege it enjoys through legal tender laws — is to absolve commercial banks from the responsibility of holding real gold money in their vaults and to print paper money when commercial banks are threatened with bank runs and solvency crises.

The Bank Charter Act of 1844, therefore, was almost the greatest legal advance in the history of modern banking, but it failed to deal with the fundamental problem: fractional-reserve lending.

The result of this unfortunate legal mistake in the United Kingdom well over 150 years ago is that today's banking system remains fundamentally dysfunctional. The best we can expect is incessant financial volatility and uncertainty, if indeed we manage to avoid outright financial and fiscal calamity.

The nub of the problem stems from the symbiosis between politics and banking. Politicians seek access to easy channels of finance; bankers seek favorable regulatory regimes and protections to continue the lucrative yet inherently unstable practice of fractional lending. The central bank, a unique quasi-private/quasi-public institution contrived by politicians and bankers, is the bridge between the two, legislatively authorized to print paper money out of thin air in order to bail out irresponsible banks and governments.

However, as our current global financial crisis demonstrates, central-bank oversight of the fractional banking system does not prevent crises it guarantees them. The central bank's role as liquidity provider of last resort encourages commercial banks to engage in even riskier fractional lending, inevitably leading to greater illusory euphoria and subsequent solvency crises.
The two greatest economic crises in American history — the Great Depression of the 1930s and the current Great Recession starting in 2008 — have occurred since the creation of the United States Federal Reserve Bank in 1913. The crises that occurred before 1913 were usually the result of legal privileges granted by government to one or more fractional-reserve banks that led to unsustainable lending booms and busts. Moreover, economic crises and painful recessions have occurred in every decade since 1913 and have been particularly severe since 1971 when the US government severed all official links between the US dollar and gold.

The current financial crisis is no accident. It is the predictable and logical result of fractional-reserve banking and the political-legal privileges that make this system possible.

Only a return to legally sound banking principles, the kind the 1844 Bank Charter Act was after, can remedy this unfortunate situation. This requires the abolition of legal tender laws, a return to sound commodity money, monetary deposits to be respected as safekeeping contracts and for banks to loan only those funds previously loaned to them by yield-seeking investors prepared to forgo fully the use of their funds for the term of the loan.