The Mises Institute and the Future of Higher Education 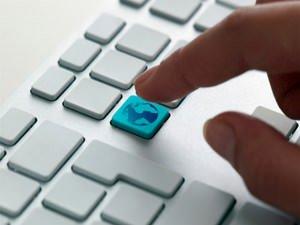 Mises Institute Senior Fellow Thomas Woods in October launched The Tom Woods Show, which quickly became a top-rated podcast on iTunes. Woods recently interviewed Mises Institute Chairman Lew Rockwell on the show, and toward the end of the interview, Woods asked Lew about his vision for the future of the Institute. The following is adapted from the interview:

Thomas Woods: What would you like to see the Institute doing that it isn’t doing today?

Lew Rockwell: I think the Mises Institute represents the future of higher education. Thanks to federal subsidies, the price of an education at the brick-and-mortar universities has become prohibitive for so many people. Decades ago, Ron Paul worked his way through college but that sounds like science fiction today. Almost no one can work his way through college anymore.

So what the state has done, as with medical care, is made it impossible for students to pay for college with the wages and savings that young people can muster, so the students take on these horrendous debts to receive instruction at institutions that are, by and large, either teaching error, or they’re teaching the official boring views of official academia.

There has been so little innovation in the mainstream higher education industry. Peter Klein points out that colleges and universities still use the same production model that Aristotle used, with someone lecturing students from the front of the room while students sit quietly at their desks.

There are, of course, different ways to do this, and the Mises Institute is at the cutting edge of those different ways. Many young people are sick and tired of these long five- and six-year terms necessary to complete college. The universities and colleges so often make it difficult to get all the courses needed at times that work for the students, and of course, the longer it takes to get the degree, the bigger the student’s debts will be.

But there’s another way to do it, and as we see with the online courses of Mises Academy, and with our in-person programs such as Mises University the Rothbard Graduate Seminar, there is much greater respect for the student and his or her time. Depending on the program, students can complete them quickly, and often on a schedule tailored to the student’s needs, and the Mises Institute then issues certificates to those who successfully finish the programs.

Meanwhile, we’re finding that employers are often treating these certificates as something equivalent to college credit when considering employment for our alumni. This makes sense, of course, since the Mises Institute teaches students how to engage in true economic reasoning and to think like someone who truly understands economics; the type of economics described by Mises.

But of course it’s not just our online education that is paving the way for a new kind of education. Back in 2011, when Sebastian Thrun, then a professor at Stanford, decided to begin offing online courses on robotics and artificial intelligence, 160,000 people enrolled in the first class. After that, Thrun decided to leave behind his tenured position and founded a new online education operation through which he believes he can reach half a million students with low-cost higher education taught by some of the world’s best faculty.

The demand for these online educational programs illustrates just how useful they are in the marketplace, and the Mises Institute is already part of this new world of higher education.

So what I’d like to do is continue turning the Mises institute into this private online and campus-based university of the future, for Austrian economics and libertarianism, history and political science, and all the related areas. We can’t give government-approved degrees because government control of the old system of higher education makes that impossible. But we can certainly provide certification to our successful students, and as the new world of online education shows, so many employers already regard this as a mark of true education, in contrast to so many college programs that provide so little of value.

Naturally, I’d like to keep up what the Institute is doing right now in terms of educating students, publishing books, publishing journals, bringing back the classics that have been unavailable, and make sure that is all available at either low cost of for free. And we will continue doing what we’ve always done with traditional academia and ensuring that our students who wish to pursue graduate degrees in economics and related fields will continue to benefit from our academic conferences, fellowships, and academic journals. But for so many more students who simply want to study and understand economics, history, and philosophy, as they truly should be studied, we will seek to provide a top-quality education.