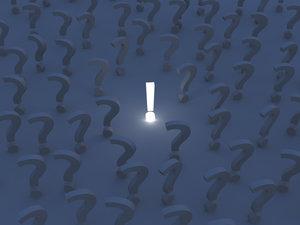 Michel Chevalier (1806–1879) was a very influential French economist during the second half of the nineteenth century. He is still widely known in France for being the architect of the Cobden-Chevalier Treaty of 1860 which was the free-trade agreement between France and Great Britain. Michel Chevalier is, however, less known for his major contribution to the intellectual property debate.1 Contrary to Jean Baptiste Say, Gustave de Molinari, and many other French economists, Chevalier fiercely opposed the patent system. As Fritz Machlup remarked: “Among French economists, Michel Chevalier was probably the most emphatic in the joint antagonism to tariffs and patents, declaring that both ‘stem from the same doctrine and result in the same abuses.’”

Taking a fresh look at Michel Chevalier’s major work, Les Brevets d’invention (1878), we find it to be not only a well-written and powerful book, but also has remained impressively relevant. The arguments advanced by Chevalier anticipate the current arguments of the present opponents of intellectual property.

Patents as Contrary to Freedom and Economic Progress

Michel Chevalier argues that patents cannot be justified if they are contrary to freedom, even if beneficial to technological change. For him “From the moment we can make effective the patent only through inquisitorial expedients, violence, and subversion of liberty of labor, it is proof that we must renounce patents.” Chevalier rejects utilitarianism as a sufficient method to justify or refute the patent system. Chevalier’s opposition to patents, however, is not just based on moral arguments but shows the disastrous effects of this system for both foreign trade and the economy in general.

According to Chevalier, patents are of the same nature as privileges and monopolies which were prevalent during the Ancien Régime. They are also comparable in their effects to protectionist policies:

In absolute terms, patents diminish the productive power of nations that recognize them: evident proposition for those who believe that freedom, free competition, is the great lever of industrial progress.

Chevalier goes on to note the conservative and anti-innovation nature of monopolies and gives many examples of monopolies during the Ancien Régime. According to him, the innovators during the Ancien Régime weren’t rewarded, not because of the absence of patents, but because of the corporation guild system which was destroying competition and freedom to entry into markets. Thus, the innovators were constantly sued by guilds and consumers rarely benefited from their inventions. This argument is still relevant today. Indeed, companies protected from competition and government-owned corporations are often less innovative and more subject to conservative measures. Sectors typically run by government such as schools experience very little technological progress. On the other hand, the competitive process of the market gives incentives for the actors to differentiate from the other producers. As Pascal Salin stated, the company which makes the highest profits on a free market is the company which is the best positioned to “invent the future.” The essential virtue of competition is that it encourages producers to innovate in order to better serve the needs of consumers.

As one of his more striking examples, Chevalier examines the case of aniline — a dye and major innovation in the chemical industry — and shows how monopoly, resulting from patents, leads to hampered innovation. His interpretation of the problems caused by patents in the chemical industry at the time is consistent with more recent studies done by Boldrin and Levine in Against Intellectual Monopoly, now the seminal work on the topic.

Innovation as a Process

Chevalier understood that innovation is, above all, a process and that giving privileges to the innovator will destroy this process, leading to less and not more inventions. He wrote:

Every industrial discovery is the product of the general ferment of ideas, the result of an internal work which was accomplished with the support of a large number of successive or simultaneous collaborators in society, often for centuries.

This argument regarding the cumulative nature of innovation is still the most powerful argument against intellectual monopoly today and has also been the theme of several recent studies.2 Similar to Chevalier, Hayek saw innovation as a process and stated that “it is not obvious that such forced scarcity [intellectual property] is the most effective way to stimulate the human creative process.”

In an 1862 debate in the Académe des Sciences Morales et Politiques, Chevalier gave the example of Louis Daguerre, one of the inventors of photography, who didn’t seek a patent for his system of photography. According to Chevalier, the absence of a patent led to necessary improvements of the daguerreotype and fostered its widespread use. His conclusion is the following:

The spirit of man proceeds only by successive trials and repeated attempts. Discoveries do not arrive with a single bound to the degree of perfection or completion, which is reserved for them; there must be renewed, persevering efforts, cut by breaks that allow, so to speak, to breath. … If it is true that the invention must pass through the hands of twenty people before reaching its final state, it follows that the exclusive privilege granted to the first patented, and to each of his followers, prevents this practical result rather than facilitate it.

The Increasing Number of Patents and Negative Consequences

Already during the nineteenth century, legal instability and uncertainty challenged the actual efficiency of the patent system and the economists were very much aware of this problem. Chevalier warned that the patent system would lead to legal uncertainty for the companies and would lead the industry back to a guild system where no entrepreneur would dare to enter a market for fear of being sued by patent holders. Chevalier was ahead of his time by denouncing what can be considered the ancestors of today’s patent trolls.

Chevalier concluded his 1862 article by stating: “I think I have said enough to show that the patent legislation has been an eccentricity of the legislator.” He went further in 1863 and added that “[a]ll friends of industrial and social progress must work together to rescue the industry of obstacles, obsolete remains of the past. Patents must disappear first.”3