The Meaning of Gold in the News 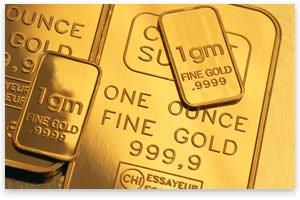 In the last week there have been several interesting developments involving gold. The price of the yellow metal set a new record, breaking through the $1,300 barrier. Meanwhile, a German firm is preparing to install gold vending machines in the United States. The German firm won't be stocking the machines with gold purchased from European central banks, however, because they have halted a decade-long policy of gold sales.

No doubt sensing the danger of the public's growing recognition of the superiority of gold over paper fiat currency, the US government has been stepping up its regulation of the gold market. Last week a House subcommittee hearing investigated the allegedly underhanded practices of a major gold dealer — all in the interests of protecting the consumer, of course!

In this context, it's worthwhile to review the basics of Austrian economics regarding money and the special role of gold.

The Origin of Money

Carl Menger was the founder of the Austrian School proper, with his Grundsätze (translated as Principles of Economics) published in 1871. In addition to being one of the three pioneers credited with the discovery of modern subjectivist price theory (which overthrew the Classical School's labor theory of value), Menger also gave economics the first satisfactory explanation of the origin of money.

Most people assume that since money is a very useful institution, and since it obviously is not "natural" but was developed by humans, therefore some wise king or group of experts must have deliberately invented money. But this is a classic fallacy that Friedrich Hayek spent much of his career attacking. There are many aspects of society — including language and the market economy itself — that were not consciously planned by a group of experts. Drawing on the Scottish thinker Adam Ferguson, Hayek said they are the products of human action but not of human design.

This approach fits Menger's theory of the origin of money. (For a full exposition, including the later contributions of Mises, see this article.) Nobody set out to consciously create a medium of exchange, yet that is what self-interested individuals ended up producing.

Specifically, here is what Menger says must have happened: First, there must have been a time when humans had goods and traded with each other before there existed a money commodity. Even at this early stage, different goods would have different degrees of marketability (or liquidity). For example, a farmer who wanted to trade some of his eggs in order to obtain new shirts would probably have a much easier time than an astronomer who wanted to trade a fancy telescope to obtain new shirts.

Notice that marketability is not the same thing as market value. A fancy telescope might be "worth" dozens of new shirts, whereas it might take several eggs just to buy one shirt. But we say that the eggs are far more marketable or liquid, because the farmer won't have to spend a long time searching out the appropriate buyer. In contrast, if the astronomer is willing to wait several weeks before his sale, he can probably achieve a much better price.

Menger saw the implications of this difference in marketability. People who wanted to trade away goods that were relatively unmarketable would be willing to accept goods in exchange that they didn't directly want, just so long as the new goods were more marketable than the ones they started out with. For example, our astronomer might not be interested in obtaining more pigs — he's trying to get new shirts, after all — but if he stumbles across a farmer willing to trade 3 pigs for a fancy telescope, then the astronomer will probably jump on the offer. He knows he is far more likely to find a tailor offering to sell new shirts for pigs than a tailor offering to sell new shirts for a fancy telescope.

Once this process began, it would snowball. Those goods that started out as more marketable would see their marketability enhanced because of this fact. In other words, those goods that initially had a large market — goods such as butter, eggs, and so forth — would gain an even bigger market once traders began accepting them as stepping stones to the goods they ultimately desired.

In the end, Menger reasoned, one or more goods would eventually be acceptable in trade to virtually every single person in the community. That is, everyone who wanted to trade away goods, would be willing to accept one particular good as a stepping stone to obtaining the goods ultimately desired.

Notice that we have just explained the "spontaneous" emergence of money out of a state of barter. For money is simply a commodity that can stand on one side of every transaction. It is the most marketable and liquid of all goods.

No king or group of experts invented money. It developed naturally on the market.

The Special Role of Gold and Silver

Many Austrian economists, including Ludwig von Mises, have been staunch advocates of "sound money," stressing the importance of linking paper currencies to the precious metals or, better yet, returning the production of money to the free market where it belongs.

Sometimes the free-market advocates of gold and silver may sound as if they are "centrally planning" the money market. Strictly speaking, the free-market economist shouldn't say, "The government ought to pass laws forcing everyone to use gold as money."

Rather, the free-market economist should say that the government ought to stop meddling in the areas of money (and banking) altogether. Then, in a genuinely free market, we can predict that people the world over would once again return to using gold and silver as commodity moneys.

We have seen above the general process through which the market first developed money. The crucial point is that money emerged from barter as an actual good that had uses besides serving as a medium of exchange. Historically, many different commodities have been money, including tobacco, cattle, and even cigarettes (in a World War II POW camp, as famously described in this article).

However, as "the market" became one global market in the 19th century, people the world over gravitated toward the use of gold (for large transactions) and silver (for smaller ones) as the moneys of choice. This is why gold and silver tend to be identified as "the market's money" in the age of modern commerce. There is nothing magical about this selection, and if conditions change, other commodities could displace the two precious metals. But it's worthwhile to review the reasons for their (current) superiority.

A convenient money will have several properties. For example, it should be physically durable and easy to transport. It should also be easily recognizable and homogeneous across units. Further, it should be easily subdivided into smaller pieces. Finally, its market value should be convenient for typical purchases.

Gold and silver score well on all counts, while other historical money commodities do poorly on one or more criteria. For example, cattle are hard to ship to a foreign merchant, and you can't "make change" with a cow. Other metals such as copper are too plentiful to be useful as money; it would take a huge quantity of copper (as opposed to gold) to make a large purchase. And although diamonds and emeralds might at first appear suitable, the problem is that each item is hard for the average trader to appraise; diamonds aren't interchangeable the way gold bars are.

Historically, governments weaned their subjects off gold and silver by first getting them to hold paper notes that were legal claims on the precious metals. In other words, the only reason Americans originally carried around pieces of paper featuring pictures of US presidents was that they were a convenient form of carrying around gold and silver. Notice the difference between a gold certificate and a superficially similar bill from your wallet or purse:

Alas, one of the first acts of FDR was to end the paper dollar's link to gold, in 1933. However, under the Bretton Woods agreement after World War II, the United States still pledged that it would redeem paper dollars presented by other central banks for gold.

Plagued by the costs of the Vietnam War and the Great Society, Richard Nixon finally ended this pledge too, in 1971. The rest, as they say, is history:

With no constraints on the printing press, the Federal Reserve flooded the world with more dollars, causing prices to take off.

Governments and central banks don't want to tie their paper currencies to gold, and they certainly don't want to exit the monetary field altogether. This partly explains the recent crackdown on gold dealers:

Under a bill in Congress, gold dealers would have to disclose to buyers the purchase price and the melt and resale values of the coin or bullion. …

At the hearing, Rep. Anthony Weiner (D-NY), said: "The television gold industry is an industry, and is led by one particular company that has built up the industry on fear, lies and rip-offs."

But as this other news article explains, even central bankers are getting nervous:

Europe's central banks have all but halted sales of their gold reserves, ending a run of large disposals each year for more than a decade.…

The shift away from gold selling comes as European central banks reassess gold amid the financial crisis and Europe's sovereign debt crisis.

In the 1990’s and 2000’s, central banks swapped their non-yielding bullion for sovereign debt, which gives a steady annual return. But now, central banks and investors are seeking the security of gold.

Try as they might, central bankers and politicians can't repeal the laws of economics. They can use various means to foist unbacked paper currencies on their subjects, but printing up more bills will still lead to rising prices.

The Fed's "bold" moves may have temporarily averted a crash in the US financial markets, and the European Central Bank's interventions may have postponed a string of defaults by indebted governments.

But more and more investors — including the central bankers themselves — know that these stopgap measures merely pushed back the day of reckoning. As the crisis looms, people are rushing back to gold.