GET NEWS AND ARTICLES IN YOUR INBOXPrint
A
A
Home | Mises Library | Mauritius: A Glimmer of African Freedom

Mauritius: A Glimmer of African Freedom 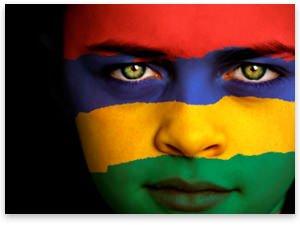 Located far off the east coast of Africa, just east of Madagascar, Mauritius is an island that rests on the west side of the Indian Ocean.

With a population of about 1.3 million people living on a little more than 2,000 square kilometers, Mauritius's citizens enjoy a temperate climate, beautiful scenery, and a life in one of Africa's least corrupt countries, according to Transparency International. Most of Mauritius's citizens work primarily in sugar, tourism, textiles, and the growing financial sector. Nobel laureate and writer J.M.G. Le Clézio even calls Mauritius home.

Arab and Malay sailors first happened upon Mauritius in the 10th century, but it was not until the 16th century that the West found it. First settled by the Dutch, the French took control of the island in 1715, and the British took control in 1810.

Finally, Mauritius gained its independence from the United Kingdom in 1968 and grew into what it has become today — a model of freedom for the continent of Africa.

The burgeoning economy of Mauritius stands out by being ranked 12th by the Heritage Foundation on their 2011 Index of Economic Freedom — just below Chile and just above Luxembourg. The index ranks nations based on freedom in categories such as business, taxes, money, finance, and labor.

To see the flavor of the polarities involved, Hong Kong, Singapore, and Australia were ranked in the top three spots. Conversely, Cuba, Zimbabwe, and North Korea came in at the bottom of the list. The nations of Afghanistan, Iraq, Liechtenstein, and Sudan were not ranked, due to insufficient data.

Mauritius particularly stands out in its investment freedom, ranking sixth in the world. The index states,

Foreign and domestic investors are treated equally, and foreigners may control 100 percent of companies in most economic sectors. A transparent and well-defined foreign investment code makes Mauritius one of the best places in the region for foreign investment. The domestic legal system is generally non-discriminatory and transparent. Residents and non-residents may hold foreign exchange accounts. There are no controls on payments or transfers. Foreign nationals may acquire property subject to some restrictions. Foreign investments have never been targets of nationalization or expropriation.

In regard to fiscal freedom, only 16 countries ranked higher than Mauritius. On that category the report declares,

Mauritius has a very competitive tax regime. Both the income tax rate and the corporate tax rate are a flat 15 percent. Other taxes include a value-added tax (VAT) and a property tax. Employers and employees pay social security and pension contributions. In the most recent year, overall tax revenue as a percentage of GDP was 19 percent.

Also noteworthy is Mauritius's record of government spending. On an index scale with 100 being the most free rating possible in the category, Mauritius scored 80 points. On this area the study noted,

Stimulus spending targeting infrastructure investment and job preservation began in December 2008 and continued through 2010. In the most recent year, total government expenditures, including consumption and transfer payments, showed a modest increase at 25.8 percent of GDP.

In the most recent year, total government expenditures, including consumption and transfer payments, equaled 38.9 percent of GDP. Spending increases totaled well over $1 trillion in 2009 alone, an increase of more than 20 percent over 2008. Stimulus spending has hurt the fiscal balance and placed federal debt on an unsustainable trajectory. Gross government debt exceeded 90 percent of GDP in 2010. 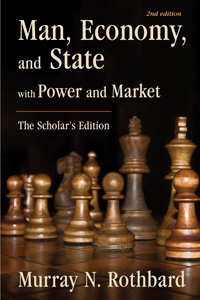 Gone are the days when the West in general, and America in particular, was an example of hope and freedom that the world could look to. Don't get me wrong, we still do a lot of things right in America — but watching the government spend and regulate while the nation burns is not one of them.

Sure, Mauritius is an exception in Africa — but they are an exception to be emulated by all of Africa, and much of the West. So cheers to Mauritius.

Who knows, though — maybe Mauritius is less than optimal. I mean, they do live on top of a volcano.