The Many Ways the State Taxes the Poor 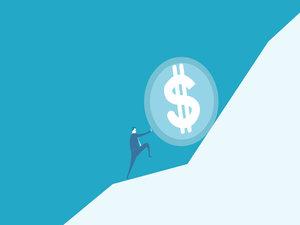 Most defenders of the state assume that government services help the poor. And, sometimes, some poor people do benefit financially from government programs. But there’s a hidden cost: taxation and mandatory programs (Social Security, for instance) that hurt the needy by restricting their choices. Government taxes away income that low-income households could invest in improving their lives. At the same time, state-sponsored benefits create incentives that keep the poor trapped in poverty.

Many assume that government barely taxes the poor, but the reality is otherwise. The poorest fifth of Americans pay 16 percent of their incomes in taxes (including federal, state, and local). One in six dollars they earn goes straight to the government. For a family living at the margin, those taxes can be the difference between food on the table and hungry children.

Admittedly, a big chunk of government expenses is for programs designed to help the poor. But even when this money actually helps — and it rarely does — it’s important to note the pernicious effects of taxation. Consider: every dollar of taxes is one dollar that a worker must give to the government first, regardless of whether that dollar could help him feed his family or improve his livelihood. If a poor man is faced with the choice of paying taxes or starting a business, he had best choose the former, otherwise he’ll go to jail.

This is true for the wealthy as well. But poor people live closer to the margin. More of their money is taken up with fixed bills like rent and food. This leaves them less discretionary income to, for instance, invest in a business. Because their pool of discretionary income is smaller, taxes cut deeper into it.

Mandatory government programs, such as Social Security and Medicare, compound the choice-restricting effects of taxation. Social Security, for instance, forces people to save for retirement regardless of whether or not that money could be better spent in another way.

Saving for retirement is generally a good idea; most people anticipate needing a monetary cushion to see them through their golden years. But it’s not the best approach for everyone. The young woman with terminal cancer, for instance, probably won’t be around to enjoy the fruits of Social Security. She can best maximize her happiness by spending that money now, whether it’s on fun experiences, or on taking care of her children, or on better medical treatment. Similarly, for the destitute man who can afford to either save for retirement or feed his children, it takes a heartless bureaucrat indeed to force him to do the former. Yet that is precisely what Social Security does.

Many poor people eventually want to start a business or learn new skills. Both take start-up capital. Imagine that John, a retail worker barely making ends meet, wants to learn to code so that he can find a better job. Most learn-to-code programs, such as Code School, aren’t free. Investing in such a program could significantly increase John’s value and salary, allowing him to improve his finances both now and later. But faced between paying 7 percent of his paycheck to Social Security, or investing that 7 percent in learning new skills to build a career, John has to choose the former or go to jail.

Each individual has his or her unique circumstances. For some, saving for retirement right now might be smart. For others, that money could be better spent on something else. By mandating retirement savings, government robs individuals of the freedom to make their own decisions.

I’ve focused on Social Security, but other government programs have the same effect. Obamacare requires that people buy insurance or pay a fine, even if insurance isn’t in their best interests. Medicare forces the poor to put aside part of their money today to pay for their health care costs in old age — regardless of whether or not that decision is best for the man or woman in question.

But what about programs that give the poor money, like the Supplemental Nutrition Assistance Program and unemployment benefits? Even these programs create perverse incentives, trapping men and women who use them in poverty.

Because government assistance has built-in cutoff points, it creates de facto high marginal tax rates for the poor. If Jane makes $10,000 per year at McDonald’s, she might rely on programs like Medicare and welfare to make ends meet. But imagine she has the option to switch industries and take an entry-level job in a new career (for example, marketing) that pays $25,000 per year. If she takes the new job, she could end up bringing in $2,540 less on net. She might get $15,000 more from her employer, but she’ll lose $17,540 through a combination of higher taxes and reduced government benefits.

For Jane, the economically rational decision is to keep flipping burgers and not move to a new position. Government incentives reward her for staying in a dead-end job. By obeying these incentives, she misses out on all the promise inherent in a real career. People in marketing tend to be in demand in almost every company, and have more choice in where they want to work. They can earn promotions and climb the corporate ladder. These options aren’t available for a fast-food worker. Government programs give Jane the financial incentive to stay in her current position, restricting her long-term options.

Government programs, well-meaning or not, serve to trap the already downtrodden. By contrast, the market creates freedom and options and promotes upward mobility.