Management Theory Is Not to Blame 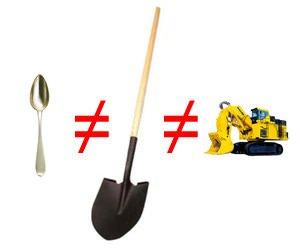 Is management theory to blame for the current crisis in the world economy? Some commentators think that business schools' focus on shareholder wealth maximization, performance-based pay, and the virtue of self-interest have led banks, corporations, and governments astray. Hefty bonuses promoted excessive risk-taking, and the free-market philosophy taught in business schools removed the final ethical checks and balances on such behavior. "It is the type of thinking," worry Raymond Fisman and Rakesh Khurana in Forbes (December 12, 2008), "that is now bringing capitalism to its knees."

The populist crackdown on executive pay is linked to such thinking. The late Sumantra Ghoshal of the London Business School, widely hailed as one of the world's foremost management gurus, was a forceful critic of performance pay and its allegedly destructive consequences. More generally, Ghoshal thought that management theory was "bad for practice" financially, ethically, and politically.

We think, however, that management theory has much to offer policymakers, practitioners, and analysts seeking to understand the current crisis. Take, for example, the notion of heterogeneity. The idea that resources, firms, and industries are different from each other — that capital and labor are specialized for particular projects and activities, that people are distinct — is ubiquitous in the theory and practice of management. What strategists call competitive advantage arises from heterogeneity, from doing something differently from the competition. Human-resource managers deal with an increasingly diverse workforce and people with highly specialized talents. Firms that expand internationally learn the lessons of market, cultural, and institutional heterogeneity. And so on.

As a consequence, management scholars think of firms as bundles of heterogeneous resources or assets. Assets can be specific to certain firms. Assets may be "co-specialized" with other assets, such that they generate value only in certain combinations. And as any accountant knows, assets have different (economic) life expectancies. Such unique and specialized assets can also be intangible, such as worker-specific knowledge or firm-specific capabilities.

To the uninitiated this may sound trite. But look at economics. Here homogeneity, not heterogeneity, rules the roost. Economic models of industries and economies typically start with "representative firms," implying that all firms in an industry are alike. This may be a handy starting point if one is interested in the industry per se rather than in individual firms but can be seriously misleading if one is interested in the relative performance of firms or industries.

And, here, macroeconomists are the worst transgressors. Their models of an entire economy treat factors of production as homogeneous within categories. Thus, "labor" means homogeneous labor inputs. "Capital" has the same interpretation. Nobel Laureate Robert Solow adopted the notion of "shmoo" from the comic Lil' Abner — shmoos are identical creatures shaped like bowling pins with legs — to capture this kind of homogeneity.

This style of reasoning originated with David Ricardo, who found it a useful simplification. And it can be. But sometimes economists' assumption of homogeneity leads them into trouble, as is the case with the current crisis.

The macroeconomic problem, we are told, is that "banks" made unwise investments, and now aren't "lending" enough. "Businesses" and "consumers" can't get "loans." "Firms" have too many "bad assets" on their books.

The key question, though, is which ones?

Which banks aren't lending to which customers? Which firms have made poor investments? A loan isn't a loan isn't a loan. The relevant question, in analyzing the credit mess, is which loans aren't being made, to whom, and why? The critical issues are the composition of lending, not the amount. Total lending, total liquidity, average equity prices, and the like obscure the key questions about how resources are being allocated across sectors, firms, and individuals, whether bad investments are being liquidated, and so on. Such aggregate notions homogenize — and in doing so, suppress critical information about relative prices. The main function of capital markets, after all, is not to moderate the total amount of financial capital, but to allocate capital across activities.

The US stimulus package, and similar proposals around the world, are likewise stymied by their crude, Keynesian-style reliance on macroeconomic aggregates. According to the common wisdom, the bank crisis led to a collapse of effective aggregate demand, and only massive increases in government expenditure (and government debt) can kick-start the economy. Expenditures — on what? It doesn't matter: just spend. The only criterion is whether the projects are "shovel-ready."

As F.A. Hayek — Keynes's most important intellectual opponent — argued in the 1930s and 1940s, the economy's capital structure is a complex and delicate structure, one that cannot be mashed and pushed like putty. Resources cannot be shifted costlessly from one activity to another, particularly in a modern economy in which much of those resources are embodied in industry-specific, firm-specific, and worker-specific capabilities. Even idle resources can be misallocated — what Hayek and his teacher Ludwig von Mises called "malinvestment" — if invested in activities that don't produce the goods and services the economy needs.

Every manager knows that directing specialized resources to the wrong projects is a bad bet, even if it leads to a slight boost in short-term earnings. In the same way, the path to economic recovery is to allow markets to channel specialized resources to their highest-valued uses, not to dump taxpayer funds on whatever firms and industries happen to be ready for them — or politically connected. In an important sense, banks' failure to distinguish among heterogeneous borrowers got us into this mess. A mistaken focus on homogeneity, in pursuit of a quick fix, will only bring more of the same.

Nicolai J Foss is the Rodolfo Debenedetti Chair of Entrepreneurship at the Bocconi University, Milano.