The Light of Freedom Burns Brightly in Poland

In my childhood, Poland was a part of the "Eastern Bloc," roped into the Soviet Union's repressive orbit. For decades, Soviet troops were stationed in Poland, and the Kremlin directed important political decisions over and above the Polish domestic leadership. The official Polish ideology and governing philosophy was communism.

Today Poland, like the rest of Europe and the West, has a mixed economy. The government plays a very big role in economic life. Most Poles, I was told during a recent visit to the country, are in fact socialists. The communist past is largely looked down upon, but the goal of most Poles is not a laissez-faire society, but a society modeled after the mixed economies of Western Europe — that is, social democracies.

However, there were a few encouraging signs for supporters of laissez-faire and limited government more generally.

Most importantly, Poland is home to some very committed and energetic free-market organizations and individuals. My recent trip to Warsaw, for example, was hosted and sponsored by the Polish Ludwig von Mises Institute. The Polish LvMI, which is based in Warsaw, conducted an excellent four-day seminar on the current financial crisis. Many young Polish scholars presented erudite papers analyzing the recent financial meltdown. More than 60 people attended the seminar, mostly college students or graduate students but some business people as well.

While I was at the Mises conference I also met the director of the Polish-American Foundation for Economic Research and Education. The Foundation would be hosting a visit later the same month by Sheldon Richman, editor of the Freeman. Clearly, there remain pockets of support for economic liberty in Poland, despite many decades of collectivist oppression.

Shortly after my arrival in Warsaw, I asked my Polish host, the president of the Polish Mises Institute, what life was like in the country prior to the end of communism. "It was exactly like George Orwell's book, 1984," he answered. "Freedom was called slavery and slavery was called freedom." Life was very depressing every single day, he said.

At another time, I asked a younger Polish woman if she had any recollections of the communist times. She said she remembered how quickly her family would rush to the grocery store if word got out that the store had a new shipment of bread.

Another young Pole I met during the conference volunteers to teach Polish high school students some very basic economics. His commitment to freedom was perhaps the most impressive I saw.

"I am the first person in my family for generations not to be repressed by the communists," he told me. His grandfather had fought against the Nazis in Poland during World War II, but under Russian rule he was imprisoned on the charge of conspiring with the Germans. Fighting for individual liberty and economic freedom was clearly a deeply personal matter to this young man.

At another point during the conference, a "New Left" economist debated a free-market economist. At the end of this spirited and enlightening debate, the leftist professor stated quite clearly that "free market prices are indeed necessary for a rational economy." My jaw literally dropped. How many American university professors understand that and would be willing to say it today?

In the heart of Warsaw is a very tall building. The eye immediately finds it when scanning the disjointed skyline. This towering hulk was a "gift" from Joseph Stalin to the Polish people at the end of World War II. Every Pole I spoke with described it as "the gift we could not refuse." It is massive, dirty and surrounded by statues. One statue is of a person holding a book with the name of Marx clearly visible on the cover.

The trend in politics in America and Western Europe is presently toward greater government control over healthcare, education, banking, finance, industry, housing, agriculture, energy, and transportation. In short, the trend is toward more coercion and less freedom. Respect for economic freedom, free trade, and private property all seem to be in rapid retreat. 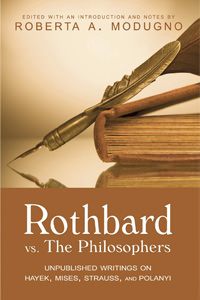 "I think they are still there," I answered. "Some may now just be waking up."

The human desire for freedom has always run up against those who believe "too much" freedom is a bad thing and that the "common good" — as defined by some elite — outweighs the rights of the individual. This was Hitler's mantra. It was the mantra of the communists. It is the underlying belief of those working to expand government control in America today.

At a time like this, it is good to know that in a far away place, a place with a still-recent history of collectivist oppression, the human desire for liberty still burns bright.