Liberty and the Common Good 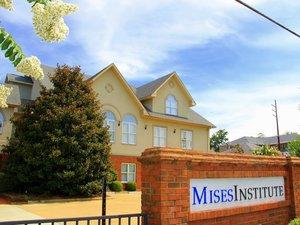 Defenders of liberty are prone to despair, perhaps always, and certainly since the end of the eighteenth century, when the hopes of the last Enlightenment generation were dashed as the French Revolution descended into tyranny and war, and the American Revolution was betrayed by federal consolidation in the decades that followed.

Then, as now, the evidence that our side was losing the battle seemed overwhelming. Governments were restricting commercial freedom at home and abroad, bad men were being drawn to public life, and persecution of political dissidents was increasingly common. Old-style liberalism lost defenders, not because the idea of a free society was false, but because the cause seemed hopeless.

So it is in our time, when wars and party politics are forever on attack against the individual and the common good (there is nothing incompatible about the two). The mistake is to believe that somehow our efforts are in vain, that liberty stands no chance in the battle of ideas, that the situation would not be even worse without our efforts. This is precisely what the enemies of liberty seek, so libertarians must be the last to grant them satisfaction. Adhere to principle, even if only to bug those who hate you for your principles!

Nonetheless, a crisis on the current scale always reduces our ranks. Because of this thinning, in every generation the idea of liberty must be reasserted by those with the vision to see through the fog, and rediscovered by the young and courageous. "Most men are accessible to new ideas only in their youth," wrote Mises. "With the progress of age the ability to welcome them diminishes." This is why we put so much of our efforts into education. Only victory in the battle of ideas will secure a future of freedom.

Just as the prevalence of murder and theft is not a reason to abandon the fifth and seventh commandments, so the constant tendency of the State to grow provides no reason to jettison the libertarian ideal. After a murder, we don't say: that's it, making the case against murder is hopeless! No, we see the violation of the moral rule as evidence for the need to constantly reassert the right to life. So it is with liberty: without the State and its relentless encroachments, there would be no need to constantly push for the right to freedom.

But discouragement is not the only reason people abandon the cause of freedom. Often, people just get tired of being attacked for holding the very unpopular view that liberty offers a better way. The criticisms can be brutal, but they are no different in character from what they have always been. The fundamental tactic is to question our motives, and to disparage our cause as only another special interest. By exposing the supposed malice behind the motive, they believe they have made their case.

This year alone, the Mises Institute has been accused of being on the wrong side of many political fashions. It has been charged with standing up for price gougers and profiteers; promoting the interests of large corporations and monopolists; currying favor with the Chinese, the Iraqis, and the Taliban; providing an intellectual cover for racists and "neo-Confederates"; working as a shill for Wall Street; justifying moral deviancy; favoring pollution; signing up with the Christian Right; helping the Democrats; helping the Republicans; not helping either; having our heads in the clouds; putting our heads in the sand; and of being in the pay of big banks and multinationals, among a thousand other claims.

During his courageous life, Mises himself was accused of worse, but it never set him back. As he pointed out, these types of accusations have about as much substance as those of the 1930s Marxists, who believed that winning arguments was all about exposing your opponents as apologists for the "party of capital." It is a dishonest tactic but one that stems from the conviction that nobody could possibly be involved in public debate without a secret desire to reward some group at the expense of everyone else. Exposing this interest, the Marxists believed, is identical to undermining the credibility of the argument.

But liberty is not the demand of a special interest. It is a plea for the good of the entire society. This makes it unique in political thought. Think of the debate over the stimulus package. One side wanted special breaks to help the capital sector, combined with subsidies for the same. The other side wanted special breaks for the working class, combined with subsidies for the poor. These two sides, the only ones involved in the debate, fought it out for months before reaching an impasse.

This shouldn't surprise us. Mises wrote in 1927 that the origin of all modern political parties and ideologies represents a reaction to the claim of old liberalism, that no group should be allotted a privileged legal status. The ideologies then were socialism and fascism, and each rejected the liberal idea. Today, the options are more insidiously respectable (left- and right-social democracy) but no less incompatible with the old liberal ideal.

The true friends of freedom, the ones who believe in it as a matter of hard-core principle, are always few. We have been reminded of this in recent days. The much-vaunted civil libertarians of the left can be counted on to defend the rights of every anti-bourgeois segment of society, except when that segment crosses the State to which the left owes its primary loyalty. Thus did these civil libertarians recently see the light on the need to censor and spy on anything the State deems politically deviant. So too with the political right, which railed against government in the 1990s only to turn and support the huge expansion of power taking place today under Republican rule.

Neither is this situation unprecedented. In the 1930s, it was widely believed that there were only two political options open to all societies: communism and fascism. Both the communists and the fascists could be counted on to decry the evil of the other side but they were united in attacking the handful of intellectuals who stood up to both. These were men like Ludwig von Mises, F.A. Hayek, and Wilhelm Röpke, and they suffered relentless attacks for their principled stand against all forms of despotism.

Through it all, their theme was the same: liberty for everyone, legal privileges for no one. This is the essence of a free market, but even today it is a message that no faction within the apparatus of the ruling class wants to hear. No matter how divided the factions are among themselves, they form a united front against the libertarian idea, which is the one thing they find most intolerable. This is why criticisms against us seem to have more sticking power: all members of the ruling class, and their intellectuals and wannabes, are pleased to see any rhetorical weapon used against us.

There are two reasons for this: intellectual and political. Intellectually, our contemporaries cannot conceive of a movement that seeks not the triumph of a special interest, but only the common good. They simply cannot believe that anyone would be involved in intellectual affairs who doesn't have some axe to grind. Idealism, they think, belongs in monasteries, not public affairs. The second reason, discussed often in the work of Murray Rothbard, is political: the triumph of liberty against power would undermine their own special interest, so they fight this prospect with everything they have.

In times of crisis, in particular, we are reminded of just how unified the ruling class is, and how it is willing to put aside internal bickering for the sake of preserving power and its ability to shuffle wealth around. This is why, for example, after September 11, the ruling class was so united in its call for war: nothing solidifies power against liberty like a war, and the State never misses a chance to use events to confer moral legitimacy on what it would like to do anyway. There were many horrible aspects to September 11, but that it seemed to provide a rationale for the dramatic expansion of the State, for its killing and looting, is the one least questioned.

To sign up with the party of liberty is to take a principled step. It means rejecting the dominant strain of politics of our time. What is that strain? That the State ought to be used to promote the agenda of some special interest, whether it be those who benefit from welfare, regulation, inflation, war, or the consolidation of the police State generally.

The party of liberty rejects all of this, not because we have a special interest but because we stick by the most unpopular claim of all: that society ought to be organized so that it benefits everyone in the long run. There is only one system that does so, and that is the natural order of liberty. That's why we believe in it, and why we will neither give up the ideal, nor yield the slightest in the face of attacks.

Just after arriving in the United States, Mises sat down to write his memoirs from his life in Europe. "It is a matter of temperament how we shape our lives in the knowledge of inescapable catastrophe," he wrote.

In high school I had chosen a verse by Virgil as my motto: Tu ne cede malis sed contra audentior ito (`Do not give in to evil, but proceed ever more boldly against it'). In the darkest hours of the war, I recalled this dictum. Again and again, I faced situations from which rational deliberations could find no escape. But then something unexpected occurred that brought deliverance. I would not lose courage even now. I would do everything an economists could do. I would not tire in professing what I knew to be right.

In 2002, the Mises Institute turns twenty. Thank you for your support, and we look forward to another year, resolving to never tire of professing what is right.