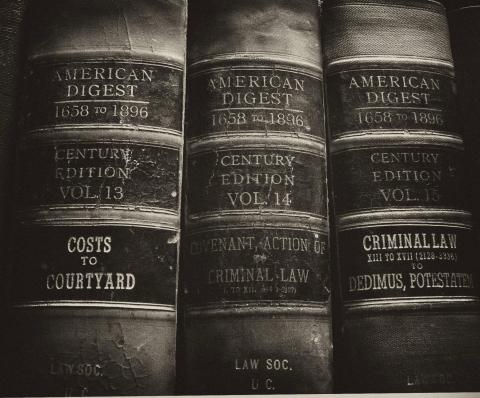 In the 19th century, the legal profession was open. There were no mandates on the kind or duration of education a person had to have. No law restricted anyone from offering his services. The only complaints were from lawyers who wanted to force "higher standards" upon the market.

Today, the law profession is closed off to all but those who can afford the largely useless steps of obtaining a license, all thanks to the lobbying of bar associations. You cannot "practice law"—an extremely vague concept—unless you possess a license from the state. You cannot obtain a license without going through a very costly gauntlet of law school and the bar exam. In every state but Arizona, an "unauthorized practice of law" (UPL) prohibition (usually a statute, but in some states a judicial rule) protects the legal cartel from competition.

By artificially raising the cost of entry into the market, there are fewer competitors. Those remaining in the market can charge more. The American Bar Association has commissioned studies that conclude that a large number of Americans are priced out of the market for legal services. But instead of advocating a free market, it lobbies for more money for subsidized legal help for the poor. In 1987, the Chairman of the Legal Services Corporation, W. Clark Durant, actually gave a speech to the ABA in which he called for the abolition of his agency and all barriers to competition in the market. The next day, the President of the ABA called for his resignation.

State and local bar associations are vigilant in ferreting out unauthorized lawyers. When forced to defend their actions, they say they are trying to "protect" consumers against untrained, incompetent practitioners. But consumers who have actually been harmed by an unlicensed lawyer could sue, no doubt with the eager assistance of a lawyer.

Robin Smith, of Portland, Oregon, provides a good case study. She had worked as a paralegal in a large law office for several years, but was disgusted by the fact that lawyers billed clients high fees for what was entirely her work, fees that many of them could scarcely afford. So she began a business of her own, People's Paralegal, Inc. For several years, her business grew steadily, offering lower cost services that were widely demanded, such as will drafting and divorce paperwork. She knew that she had to be good enough to pass the test of the market, that is, to do good work that would satisfy customers. She was.

But success is perilous. The Oregon State Bar filed suit against Smith for violating the state's UPL statute and the case was a slam dunk for the legal cartel. Not only was People's Paralegal enjoined from ever violating the law again, but Smith was ordered to pay the State Bar for its expenses in litigating her out of business. Oregonians lost a lower-cost alternative source of legal assistance. Robin Smith and her employees lost the freedom to contract with people who wanted her services.

Not only do bar associations go after the upstart individuals with the temerity to compete for legal business. They also go after people who publish books providing information to those who wish to handle their own legal problems. Thirty years ago, the New York Bar agitated against Norman Dacey's How To Avoid Probate! but the New York Court of Appeals refused to go along with the bar's effort to suppress the book.

In Texas, the State Bar has undertaken an "investigation" of Nolo Press of Berkeley, CA, a publisher of self-help legal books. The Bar's UPL Committee told Nolo that it must appear and answer the charge that, by selling books and software that enable individuals to do their own legal work, the company is guilty of "practicing law" without a license. Texas precedents are on the Bar's side.

The Nolo case, like the Smith case and hundreds of other UPL cases, shows the fundamental flaw in the regulatory approach to consumer "protection." The legal cartel attacks occupational and contractual freedom and thereby deprives many people of the benefits of the market. The bar is restricting choices that would be beneficial to all parties involved.

Licensing is neither necessary nor sufficient to ensure competence. Plenty of incompetent lawyers get through law school and pass the bar. What drives professionals, licensed or not, is the powerful market incentive to do good work and satisfy clients.

Marylander Paul Kurtz, for instance, was not a member of the bar and hadn't attended law school. But he represented as many as 100 clients in legal matters, including court proceedings. Many judges had assumed that he was a "real" attorney because his representation was so thoroughly professional. The New York Times quoted one lawyer as saying that Kurtz had "performed admirably in presenting a legal brief and arguments at a sentencing hearing."

Kurtz managed to learn enough about an aspect of the law—which is all that any lawyer can say these days—without going through the bar's prescribed gauntlet of law school and the bar exam. Kurtz is now under arrest, charged with violations of the Maryland unauthorized practice of law statute. As lawyers like to say, res ipsa loquitor: the thing speaks for itself.

In Arizona, unlicensed paralegals capably assist people with the kinds of legal needs they know they are competent to handle. For more difficult or unfamiliar work they recommend lawyers. The market functions smoothly and saves many consumers substantial amounts of money.

If lawyers want to do something to enhance their image and reduce the number of vicious lawyer jokes, they should start by demolishing the exclusionary walls they have built around the market for legal services.

George C. Leef is the research director of the Martin Center for Academic Renewal in Raleigh, North Carolina. He was previously the president of Patrick Henry Associates, East Lansing, Michigan, an adjunct professor of law and economics, Northwood University, and a scholar with the Mackinac Center for Public Policy.