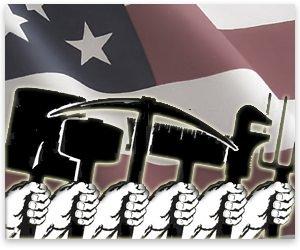 A Tyson Chicken plant in Shelbyville, Tennessee has agreed to grant its workers a day off for the Muslim holiday Eid el-Fitr, replacing Labor Day at the request of the union that represents approximately 1200 plant employees, among them approximately seven hundred Somali Muslim immigrants.

Predictably, the decision has created a firestorm of controversy and attracted considerable criticism. This criticism is largely unwarranted, however. First, how firms and workers contract with one another is none of our business. Second, granting a different holiday harms no one. As I understand it, workers who wish to take time off for the Muslim holiday may do so and work on Labor Day. Those who wish to celebrate Labor Day will probably not be prevented from doing so. Finally, it isn't clear that Labor Day is worth celebrating.

According to the US Department of Labor, Labor Day "is a creation of the labor movement and is dedicated to the social and economic achievements of American workers." It is also a holiday that is largely grounded in fiction. Part of the traditional narrative of the labor movement is encapsulated in this passage from the US Department of Labor's website:

The vital force of labor added materially to the highest standard of living and the greatest production the world has ever known and has brought us closer to the realization of our traditional ideals of economic and political democracy. It is appropriate, therefore, that the nation pay tribute on Labor Day to the creator of so much of the nation's strength, freedom, and leadership — the American worker.

What creates wealth, though, is the capital investments and technological changes that allow us to produce more and more with less and less, to adapt the terminology of mid-20th-century economist Joseph A. Schumpeter. Labor is important, but what makes us rich is the capital and technology that make labor more productive.

The idea that collective bargaining was necessary to prevent worker exploitation is a historical myth. Therefore, if anything should be looked at critically, it is the fact that Tyson is essentially coerced via New Deal–era Federal legislation into bargaining with the union, which restricts their options considerably.

This is America, founded by the blood of our forefathers and should not be challenged by Somalians [sic], Hispanics, or any other immigrants. If they come to America, they need to learn our language and our ways. They can practice their culture in private if they so please, but not shove it down our throats.

The commenter ignores the fact that the United States is a nation of immigrants dedicated to the proposition that all are equal. Second, nothing is being shoved down anyone's throat.

This illustrates an important principle about freedom. Ignoring for now how unions distort markets, the sanctity of private contracting is part of the essence of America. Whether a firm and an employee wish to agree to let people have time off for Christmas, Eid el-Fitr, Yom Kippur, Kwanzaa, or Festivus is between the firm and the employee. Firms hire managers to make those kinds of decisions, and as a private citizen, I do not have the right to interfere.

We can, on grounds of personal liberty and economic wisdom, dispute the workers' right to extract concessions from their employers. This isn't the criticism people are making, though. The bargains the firm makes with its workers are nobody else's business. There is no One Right Way to do things, and I, as an interested observer in Memphis, cannot tell factory workers in Shelbyville how they can and cannot write their contracts.