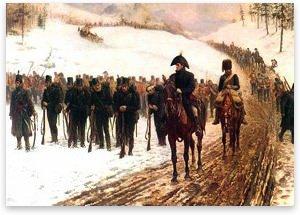 As most readers will know, a collection of damning quotes has surfaced recently, exposing Paul Krugman, the doyen of the economic Left, as having been completely backward on the most material economic event in our generation: the housing bubble. My recent article on the subject, "Krugman's Intellectual Waterloo," has elicited some pretty heated rearguard apologetics, which, in the present article, I'd like to sum up and knock down.

The first quotes that surfaced are from a 2002 editorial by Krugman. This was followed by a cluster of even more damning 2001 quotes collected by Mark Thornton. The first editorial could be twisted, if one was inclined to twist, into something seemingly benign. The second wave of quotes is much harder to mischaracterize (which is not to say that the most unquestioning of Krugman's devotees don't try). The laziest tactic of the Krugman apologists is to only address the more stretchable 2002 editorial, and completely ignore the 2001 quotes. But not even that approach, if accepted, helps Krugman's case, since the 2002 editorial is damning enough on its own, once the benign interpretations of Krugman's apologists are shown to be nonsense.

One protestation offered has been that a quotation offered in my "Waterloo" piece omits the context, which shows that Krugman was "merely" quoting someone else:

To fight this recession the Fed needs … soaring household spending to offset moribund business investment. [So] Alan Greenspan needs to create a housing bubble to replace the Nasdaq bubble.

And to do that, as Paul McCulley of Pimco put it, Alan Greenspan needs to create a housing bubble to replace the Nasdaq bubble.

"Partisan misquoting!" the apologists cry. But lets pull the lens back even further, and add even more context by including the whole paragraph, and the one preceding it.

A few months ago the vast majority of business economists mocked concerns about a ''double dip,'' a second leg to the downturn. But there were a few dogged iconoclasts out there, most notably Stephen Roach at Morgan Stanley. As I've repeatedly said in this column, the arguments of the double-dippers made a lot of sense. And their story now looks more plausible than ever.

The basic point is that the recession of 2001 wasn't a typical postwar slump, brought on when an inflation-fighting Fed raises interest rates and easily ended by a snapback in housing and consumer spending when the Fed brings rates back down again. This was a prewar-style recession, a morning after brought on by irrational exuberance. To fight this recession the Fed needs more than a snapback; it needs soaring household spending to offset moribund business investment. And to do that, as Paul McCulley of Pimco put it, Alan Greenspan needs to create a housing bubble to replace the Nasdaq bubble. [Emphasis added.]

So the first paragraph introduces the "double-dipper iconoclasts", and then clearly states that he, Krugman, agrees with them. The second paragraph then outlines the "basic point" of the double-dippers, which again, he agrees with. And the basic point in question is that to "fight this recession the Fed … needs soaring household spending."

Krugman then continues to say how the Fed would need to accomplish this goal, which again, he supports; he says that the recession needs to be fought with soaring household spending, which Alan Greenspan needs to induce by creating a housing bubble to replace the Nasdaq bubble. By writing, "as Paul McCulley of Pimco put it", Krugman is not "merely" quoting another person; he is using someone else's phraseology to express his own opinion.

Another protestation is that Krugman was saying the housing bubble won't work, since later in the editorial he wrote,

Judging by Mr. Greenspan's remarkably cheerful recent testimony, he still thinks he can pull that off. But the Fed chairman's crystal ball has been cloudy lately; remember how he urged Congress to cut taxes to head off the risk of excessive budget surpluses? And a sober look at recent data is not encouraging.

But this protestation completely ignores the fact that when Krugman wrote in the editorial,

Despite the bad news, most commentators, like Mr. Greenspan, remain optimistic.

But wishful thinking aside, I just don't understand the grounds for optimism. Who, exactly, is about to start spending a lot more? [Emphasis added.]

he was clearly characterizing a housing bubble as an object of optimism, whether or not he thought it was possible. In other words, at best, Krugman could be interpreted as saying that it would be great if Greenspan could pull off a housing bubble, but that he, Krugman, doubts whether he'll be able to accomplish such a worthy feat.

So it should be clear that the Fed causing a housing bubble in order to bring about "soaring household spending" was Krugman's optimal situation, whether or not he thought it was doable at the time. Given the consequences of the housing bubble that did ultimately happen, that alone should be enough cause for the public to stop listening to this fellow.

Another question is, how did he see the Fed bringing about his optimal situation? He answered this question himself in a 2002 interview with Lou Dobbs (which can be found here, though not at the page originally linked to in Thornton's collection):

Low interest rates, which promote spending on housing and other durable goods, are the main answer. [Emphasis added.]

This brings us to the key point that all the Krugman apologists egregiously ignore: namely that it would be surprising if such an arch-Keynesian economist as Krugman (he's written extensively on what he has called "the greatness of Keynes") didn't adovocate a housing bubble to replace the dot-com bubble, since doing so would dovetail perfectly with basic Keynesian doctrine. As a Keynesian, Krugman should have wanted lower interest rates (as he actually did want, as is revealed by the previous quote). To quote Keynes himself,

Thus the remedy for the boom is not a higher rate of interest but a lower rate of interest! For that may enable the so-called boom to last. The right remedy for the trade cycle is not to be found in abolishing booms and thus keeping us permanently in a semi-slump; but in abolishing slumps and thus keeping us permanently in a quasi-boom. (General Theory, p. 322; emphasis added, but the exclamation point is Keynes's own.)

To be true to his Keynesian principles, Krugman ought to have to welcomed the housing bubble, since to him

Now let's take a look at some more recent and more directly damning evidence of Krugman's pro-bubble economics. In my recent article, I pointed out that in Krugman's 2001 editorial, he implicitly agreed with the Onion's facetious call for a new bubble to replace the old one. In a brilliant comment left in Krugman's own blog (which you can still read until it gets "moderated" (purged), as is the fate of many critical comments there), one "M Ingelmo" reveals, in a most devastating manner, that in 2009 Krugman explicitly agreed with the Onion piece.

I don’t know if you were on the grassy knoll, too, but you certainly were in Spain in March, chatting with that most fervent of your admirers, Prime Minister Mr. Zapatero, and interviewed in the Spanish public TV channel.

Since these days a video is worth a thousand words, allow me to quote you and say: "guys, watch it for yourselves". The program is about other things, innovation, and in Spanish (sorry), so go straight to the 35 seconds in the interview after minute 2:50. Under the Spanish translation I’m sure you’ll be able to hear the English original. Quite enlightening:

To be honest, a new bubble now would help us out a lot even if we paid for it later. This is a really good time for a bubble…

There was a headline in a satirical newspaper in the US last summer that said: "The nation demands a new bubble to invest in" And that’s pretty much right.

Not a piece of policy advocacy? Just economic analysis? Will it look like it to all your defenders and commentators here? Personally I am delighted with the words "pay for it later"; are we paying right now for the last one, advocated in 2002, or maybe not enough yet, Mr. Krugman?

If governments follow your "not-a-piece-of-policy-advocacy-just-economic-analysis", (as it seems certain at least with ours), when that new bubble thus inflated eventually bursts, and we are "paying for it" in a few years time, what will you write in your blog then, Mr. Krugman?

But perhaps the most instructive lesson out of all this is that, implicit in Krugman's quotes, there is a big fat finger of blame pointed directly (and correctly) at the Federal Reserve. Krugman himself would only admit to blaming other factors for our present crisis. But, if 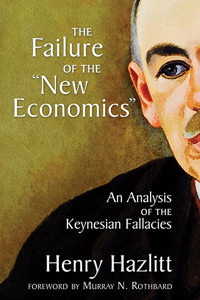 then according to the vanishingly few economic principles Krugman actually gets right, he should blame the Fed for the present crisis. Although somehow I doubt he'll be supporting the "Audit the Fed" campaign, or Ron Paul's Federal Reserve Transparency Act anytime soon.

As it turns out, Krugman's apologists shouldn't demand more context for his notorious quotes, since it only shines even more light on how confused and backward he is as an economist.