GET NEWS AND ARTICLES IN YOUR INBOXPrint
A
A
Home | Mises Library | Junk Food, Taxes, and the Market Solution

The recent debate on revolutionizing the medical system in the United States has brought Pigouvian tax concepts — arguing for taxes to counteract the so-called "social costs" of individual purchases — back into vogue. A recent article in The Economist describes a series of papers advocating new taxes on junk food.

The case made by the authors of the cited studies is simple: people who eat junk food suffer from more severe health issues than their vegetable-eating counterparts. According to The Economist, annual medical costs of an obese person are $700 greater than those of a thin person. However, those additional costs are not entirely borne by the obese.

These studies suggest that levying taxes on junk food would redirect the costs to exactly those whose consumption patterns are causing the national healthcare bill to rise. Such taxes, these economists argue, would internalize the negative externalities imposed by the obese on the rest of the society, generate additional money for the healthcare system, and even provide an incentive for consumers to live healthier lives.

Although The Economist preserves its skepticism towards the Pigouvian tax debate, the article misses the most important question: why are products with serious side effects still consumed all over the world?

We all know that broccoli is healthier than cheeseburgers, and carrots are healthier than pizza. Having bad habits is natural. All of us have some. But that's not the point. The question is why some specific habits that negatively affect our health are so popular. Why is it that unhealthy food is demanded by huge proportions of the world population?

Checking the standard menus of fast food restaurants, you will see that they all have one thing in common: their meals generally contain meat. Meat has historically been a luxury good, but huge fast food corporations with efficient production and supply chains have made it possible to serve meat to any American family at any time for just a few dollars.

Not only that, but fast food chains prepare their meals with the goal of keeping the customers attached to their brand. The inevitable consequence is fatty meals with sauces that are basically liquid sugar and taste enhancers. Combined with ever-falling prices and stable income levels, these menus changed the average pant size in the United States from medium to extra large over the past decade.

So it seems to be easy to explain why people love fast food: it contains a lot of meat, it is designed to taste well, and it is getting ever cheaper. But how can a good that is potentially hazardous get cheaper and cheaper? Shouldn't the market accommodate for the hazard, so that people who are willing to take the potential risk for the sake of pleasure have to face higher costs in terms of higher insurance premiums?

That's where the public medical plans come into play. Since the government distorts the health insurance markets, it releases the insurance seekers from their own responsibilities.

The standard health insurance premiums for overweight people (and smokers) are certainly below a potential free market price. The most obvious proof for this is the public health deficit — which a profit-oriented insurance company could not run year after year without being outcompeted by other companies. Clearly, on a free market in health insurance, obese persons would have to pay even higher premiums than they do now.

For sake of argument, suppose that in a free market, smokers would have to pay twice as much for their health insurance as they do now. Mightn't that be incentive enough for them to change their lifestyle? And if not, isn't it the right of anyone who can afford it, and whose actions do not affect others negatively, to do whatever he or she pleases to do? In a free-market insurance system we wouldn't have to care about the freely-chosen obesity of others.

But in fact, insurance markets are not free from government intervention, and premiums are therefore too low for the obese. This generates a problematic incentive structure. Given that, in the end, the public is going to support people with health issues arising from steady junk food consumption, there is no incentive at all for such people to change their habits.

If we are concerned about obesity, we should talk about the general health system and how it should be liberalized so that everyone is responsible for his own actions. But instead, governments are talking about further regulation — that's what an additional tax is. Unfortunately, two bad regulations don't make a good one. Still, the government seems to have the moral high ground. In the end, their goal is to increase the health of Mr. and Mrs. USA, right?

Let us suppose that the government authorities are serious about their goals, and that their aim is to foster healthy nutrition and an improved standard of living for US citizens. For the sake of argument, let us also accept the government's assumption that an increase in taxes would affect behavior and reduce the consumption of burgers and pizza.

Who would be the most negatively affected by such a tax hike? Certainly not the potential fast food consumer, since according to this scenario, he would benefit from improved health, and this gain would outweigh the additional costs on his restaurant bill.

What are the consequences of the fall in demand? It would certainly force fast food chains to adjust their purchases. In the fast food industry, where 70% of total costs is attributed to labor, it's pretty clear who is going to be affected: the people who are standing behind the counter, asking several-hundred times a day, "For here or to go?"

As argued before, it is overregulation that keeps demand for junk food as high as it is right now, and hence allocates labor toward that industry. The market would react to a further imbalance caused by an additional regulation (tax) by reallocating labor to other sectors. The effect would be considerable unemployment, and the loss in demand caused by it. The regulation would also affect the agricultural sector nearly as much as the fast food sector, given that fast food chains are among the largest purchasers of agricultural products.

One may certainly argue that those consequences would be temporary, lasting only until food-manufacture and food-service entrepreneurs adjusted their production, employees got new jobs, and consumers changed their habits. Nonetheless, I can't help myself considering this whole chain of events as something unfair.

In the end, even granting the government's assumptions, the people who would carry the burden haven't done anything wrong. The employee who took a job in a thriving industry acted perfectly reasonably. The fast food entrepreneur merely realized that there was demand for a product which was underpriced, and acted like a rational businessman to fill the supply. That's what we want entrepreneurs to do! They are supposed to seek opportunities, maximize profits and thereby provide jobs and generate wealth.

What about the consumer? The government gave him the illusion that the side effects of his actions would be costless. He is certainly not the one who should be blamed for this situation. It is government overregulation that caused this mess and deserves the blame.

Any thriving industry may, in principle, face exactly the same arbitrary government intervention. Take the cell phone industry for example. Some studies suggest a relationship between heavy cell phone usage and the occurrence of brain tumors. Should we also place a Pigouvian tax on cell phone users, since their health problems may cause costs that aren't fully covered by their insurance?

My stance is that only a private insurance provider can correctly find a price for this risk. Under a complete liberalization of the insurance and health markets, profit-driven companies would price bad habits until they became less affordable. Customers would be able to see the potential risks of the usage of certain products. If those risks are as severe as they are claimed to be, then the market price of the products would reflect that.

Although human behavior is complicated, and many bad habits have deeper psychological roots, those habits that affect our health negatively and nonetheless appear on a large scale should be analyzed from a structural perspective. They are symptoms of an underlying problem, which is rooted in public healthcare provision. Public healthcare liberates people not from insecurity in terms of health services, but from responsibility for themselves. 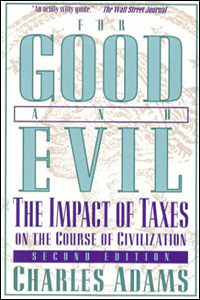 If our intention is to decrease junk food consumption, the only sustainable policy is one that addresses the full liberalization of healthcare. This would resolve the problem of a chronically underfinanced public healthcare system and make us aware of the fact that our health is a valuable good.

With that being said, it should also be clear that the consumption of fast food and cigarettes would prevail for some people who could still afford it. In a private insurance system, in which the lifestyle of my neighbor would not affect me, his eating habits would be none of my business. Individuals could and should be able to choose their own ways of life freely, so long as their actions do not negatively affect others.

Sascha Baghestanian is an Austrian PhD student in economics at the University of Illinois. See his website.