It's Not Really about the Debt 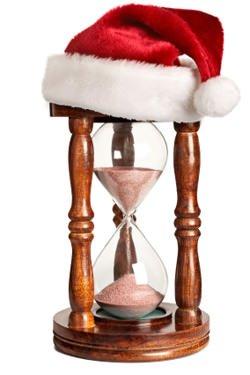 In his Outside the Box e-letter, February 13, 2012, respected economic commentator John Mauldin presents an interview with Dr. Lacy Hunt, a highly regarded US financial economist. According to Hunt the key factor behind the current world economic crisis — in Europe and the United States in particular — is a very high level of debt relative to gross domestic product (GDP). For instance in the United States, as a percentage of GDP, both public- and private-sector debt is currently at around 400 percent, while in the eurozone it is 450 percent.

Take a producer of consumer goods who consumes part of his produce and saves the rest. In the market economy our producer can exchange the saved goods for money. The money that he receives can be seen as a receipt as it were for the goods he produced and saved. The money is his claim on these goods.

He can then make a decision to lend his money to another producer through the mediation of a bank. By lending his money, the original saver — i.e., lender — transfers his claims on real savings to the borrower. The borrower can now exercise the money — i.e., the claims — and secure consumer goods that will support him while he is engaged in the production of other goods, let us say the production of tools and machinery.

Observe that once a lender lends his money he relinquishes his claims on real goods for the duration of the loan. Can the liquidation of credit, which is fully backed by savings, cause a decline in the money stock? Once the contract expires on the date of maturity the borrower returns the money to the original lender. As one can see, the repayment of the debt, or debt liquidation, doesn't have any effect on the stock of money.

This is however, not so with respect to unbacked credit. No goods were produced and saved here. Consequently, once the borrower exercises the unbacked claims, this must be at the expense of the holders of fully backed claims. The bank here creates money "out of thin air." On the date of maturity of the loan, once the money is repaid to the bank, this type of money must disappear, because it never existed as such and never had a proper owner.

The Money Supply and the Pool of Funding

The point that must be emphasized here is that the fall in the money stock that precedes price deflation and an economic slump is actually triggered by the previous loose monetary policies of the central bank and not the liquidation of debt. It is loose monetary policy that provides support for the creation of unbacked credit. (Without this support, banks would have difficulty practicing fractional-reserve lending.) The unbacked credit in turn leads to the reshuffling of real funding from wealth generators to non–wealth generators. This in turn weakens the ability to grow the pool of real funding and in turn weakens the economic growth. Note that the heart of the economic growth is the pool of real funding, or the pool of real savings, or the "subsistence fund."

The entire wealth of the economical community serves as a subsistence fund, or advances fund, from this, society draws its subsistence during the period of production customary in the community.2

Because of prolonged and aggressive loose monetary and fiscal policies, a situation can emerge in which the pool of real funding starts shrinking. In short, there are now more activities that consume real wealth than activities that produce real wealth. Once the pool of funding starts falling then anything can trigger the so-called economic collapse.

Obviously, when things are starting to fall apart, banks try to get their money back. Once banks get their money (credit that was created out of thin air) and don't renew loans, the stock of money must fall. Note however that the consequent price deflation and the fall in the economy is not caused by the liquidation of debt as such, nor by the fall of the money supply, but by the fall in the pool of real funding on account of previous loose monetary and fiscal policies.

In his writings, Fisher argued that the size of the debt determines the severity of an economic slump. He observed that the deflation following the stock market crash of October 1929 had a greater effect on real spending than the deflation of 1921 had because nominal debt was much greater in 1929.

We, however, maintain that it is not the size of the debt as such that determines the severity of a recession but rather the state of the pool of real funding. Again, it is not the debt but loose monetary and fiscal policies that cause the misallocation of real funding. (The level of debt is just a symptom, as it were; it doesn't cause damage as such.)

By putting the blame on debt as the cause of economic recessions, one in fact absolves the Fed and the banking system it maintains from any responsibility for setting the whole thing in motion. Additionally, once it is accepted that debt can set in motion a monetary implosion and in turn an economic depression, it appears to justify the idea that the Fed must step in and lift monetary pumping in order to offset the disappearing money supply.

However, rather than countering the emerging depression, what monetary pumping in fact does here is to further weaken the pool of real funding and thereby deepen the economic crisis. (Note that many commentators are of the view that, because of price deflation, the debt burden intensifies. Consequently, it is held that, by means of monetary printing, this burden can be eased, thereby arresting the economic plunge. Again we suggest that pumping more money only dilutes the pool of real funding and makes things much worse.) Additionally, the emergence of monetary deflation is a positive development for wealth generators, because it slows down the diversion of real funding toward nonproductive activities.

The Fallacy of Insufficient Aggregate Demand

Now, both Keynes and Friedman felt that the Great Depression was due to an insufficiency of aggregate demand, and so the way to fix the problem was to boost the aggregate demand. For Keynes, this was to be done by having the federal government borrow more money and spend it when the private sector wouldn't. Friedman advocated that the Federal Reserve pump more money to revive the demand. Fisher, while agreeing that the problem was with insufficient demand, held that insufficiency of aggregate demand was a symptom of excessive indebtedness. Therefore, what was needed to contain a major debt depression was to prevent it ahead of time. You have to prevent the buildup of debt.

Again we suggest that Fisher deals here with symptoms and not the true cause, which is the declining pool of real funding that results from loose fiscal and monetary policies. Additionally, there is never such a thing as insufficient aggregate demand, as such.

We suggest that an individual's effective demand is constrained by his ability to produce goods. Demand cannot stand by itself and be independent — it is limited by production. Hence what drives the economy is not demand as such but the production of goods and services. The more goods an individual produces, the more of other goods he can secure for himself.

In short, an individual's effective demand is constrained by his production of goods. Demand, therefore, cannot stand by itself and be an independent driving force.

According to James Mill,

The dependence of demand on the production of goods cannot be removed by means of loose-interest-rate policy, monetary pumping, or government spending.

On the contrary, loose fiscal and monetary policies will only impoverish real wealth generators and weaken their ability to produce goods and services. It will weaken effective demand.

Contrary to the popular way of thinking, the threat to the US economy is not the high level of debt as such but loose fiscal and monetary policies that undermine the pool of real funding. Also, the fall in the money stock that precedes price deflation and an economic slump is actually triggered by the previous loose monetary and fiscal policies and not the liquidation of debt as such. Also, once the pool of funding becomes stagnant or begins to shrink, economic growth follows suit and the myth that government and central-bank policies can grow the economy is shattered.

An essential point in the social philosophy of interventionism is the existence of an inexhaustible fund which can be squeezed forever. The whole system of interventionism collapses when this fountain is drained off: The Santa Claus principle liquidates itself.5