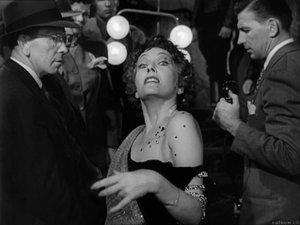 Norma Desmond: I am big. It’s the pictures that got small. —Sunset Boulevard (1950)

The University of Chicago’s John List gave the keynote address at this weekend’s Southern Economic Association annual meeting. List is a pioneer in the use by economists of field experiments or randomized controlled trials, and his talk summarized some of his recent work and offered some general reflections on the field. It was a good talk, lively and engaging, and the crowd gave him a very enthusiastic response.

List opened and closed his talk with a well-known quote from Paul Samuelson’s textbook (e.g., this version from the 1985 edition, coauthored with William Nordhaus): “Economists ... cannot perform the controlled experiments of chemists and biologists because they cannot easily control other important factors.” While professing appropriate respect for the achievements of Samuelson and Nordhaus, List shared the quote mainly to ridicule it. The rise of behavioral and experimental economics over the last few decades — in particular, the recent literature on field experiments or RCTs — shows that economists can and do perform experiments. Moreover, List argues, field experiments are even better than using laboratories, or conventional econometric methods with instrumental variables, propensity score matching, differences-in-differences, etc., because random assignment can do the identification. With a large enough sample, and careful experimental design, the researcher can identify causal relationships by comparing the effects of various interventions on treatment and control groups in the field, in a natural setting, not an artificial or simulated one.

While I enjoyed List’s talk, I became increasingly frustrated as it progressed. I found myself — I can’t believe I’m about to write these words — defending Samuelson and Nordhaus. Of course, not only neoclassical economists, but nearly all economists, especially the Austrians, have denied explicitly that economics is an experimental science. “History can neither prove nor disprove any general statement in the manner in which the natural sciences accept or reject a hypothesis on the ground of laboratory experiments,” writes Mises (Human Action, p. 31). “Neither experimental verification nor experimental falsification of a general proposition are possible in this field.” The reason, Mises argues, is that history consists of non-repeatable events. “There are in [the social sciences] no such things as experimentally established facts. All experience in this field is, as must be repeated again and again, historical experience, that is, experience of complex phenomena” (Epistemological Problems of Economics, p. 69). To trace out relationships among such complex phenomena requires deductive theory.

Does experimental economics disprove this contention? Not really. List summarized two strands of his own work. The first deals with school achievement. List and his colleagues have partnered with a suburban Chicago school district to perform a series of randomized controlled trials on teacher and student performance. In one set of experiments, teachers were given various monetary incentives if their students improved their scores on standardized tests. The experiments revealed strong evidence for loss aversion: offering teachers year-end cash bonuses if their student improved had little effect on test scores, but giving teacher cash up front, and making them return it at the end of the year if their students did not improve, had a huge effect. Likewise, giving students $20 before a test, with the understanding that they have to give the money back if they don't do well, leads to large improvements in test scores. Another set of randomized trials showed that responses to charitable fundraising letters are strongly impacted by the structure of the “ask.”

To be sure, this is interesting stuff, and school achievement and fundraising effectiveness are important social problems. But I found myself asking, again and again, where’s the economics? The proposed mechanisms involve a little psychology, and some basic economic intuition along the lines of “people respond to incentives.” But that’s about it. I couldn’t see anything in the design and execution of these experiments that would require a PhD in economics, or sociology, or psychology, or even a basic college economics course. From the perspective of economic theory, the problems seem pretty trivial. I suspect that Samuelson and Nordhaus had in mind the “big questions” of economics and social science: Is capitalism more efficient than socialism? What causes business cycles? Is there a tradeoff between inflation and unemployment? What is the case for free trade? Should we go back to the gold standard? Why do nations go to war? It’s not clear to me how field experiments can shed light on these kinds of problems. Sure, we can use randomized controlled trials to find out why some people prefer red to blue, or what affects their self-reported happiness, or why we eat junk food instead of vegetables. But do you really need to invest 5–7 years getting a PhD in economics to do this sort of work? Is this the most valuable use of the best and brightest in the field?

My guess is that Samuelson and Nordhaus — and even more so, Mises — would reply to List: “We are big. It’s the economics that got small.”