The Imaginary Evils of Deflation 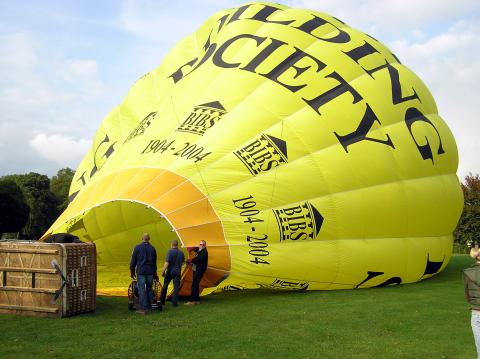 Deflation is popularly defined as a general fall in prices; it is the opposite of what most people generally think of as inflation. It is most commonly associated with the Depression and with the recent economic woes in Japan.

One of the more surprising recent business best-sellers is a book titled Conquer the Crash, by Robert Prechter.  It is surprising because the public does not often take to being told that disaster is around the corner. Optimism is the far sweeter fruit, more often indulged upon whether the facts justify it or not.  Be that as it may, Prechter’s book calls for a deflationary depression and paints a rather dire picture of financial distress.

Deflation worries are gathering more and more attention. The Wall Street Journal recently ran a piece titled “Deflation Fears Make a Comeback,” in which it noted the fall in prices of selected goods but warned that “if deflation spreads into other segments of the economy, it could turn into a major problem.” Assuming a connection, the article mentioned financial hardships during the Great Depression and in Japan.

Not only is deflation seen as something that is harmful, but it is also viewed as something that must be prevented. Naturally, the Fed is envisioned as the institution that should do the job. A recent Fed paper titled “Preventing Deflation: Lessons from Japan’s Experience in the 1990s” takes it for granted that the Fed ought to take measures to avoid deflation.

There is something about monetary phenomena that make them a particularly misunderstood aspect of economic life.  Deflation is no exception. There seems to be little understanding as to what it is, what causes it, and whether or not it is something that should be prevented.

Professor Joseph Salerno has done us all a favor with a well-written paper titled “An Austrian Taxonomy of Deflation” that makes it much easier to answer these questions and cut through the muddle of media hype and distortion.

The effects of deflation, like the quality of drinking water, cannot be considered without regard to its source. According to Salerno’s taxonomy, there are four basic causes of deflation.

The first is growth deflation, which stems from increases in efficiency and productivity. Assuming the supply and demand for dollars is unchanged, an increase in the quantity of goods produced will result in falling prices. In other words, the same amount of dollars can now purchase more goods. The common example of this deflation is to look at the falling prices for technological goods. The computing power a consumer can purchase for a dollar today is much greater than what could be purchased even a few years ago.

Growth deflation should be the prevailing trend in a healthy progressing economy. It is only because of years of rampant money supply growth, endemic under a fiat currency system, that inflation has become the accepted norm. As Salerno notes, “throughout the nineteenth century and up until the First World War, a mild deflationary trend prevailed in the industrialized nations as rapid growth in the supplies of goods outpaced the gradual growth in money supply that occurred under the classical gold standard.”

Growth deflation, then, is by no means harmful. It is the natural product of voluntary exchanges and the ever-increasing productivity that has become the hallmark of market economics even among its detractors.

Hence, this deflation, too, is a result of that action taken by free individuals to meet certain needs--the need for the additional security gained by holding more cash, for example. If one remembers that the ultimate basis for economic action is to satisfy human wants and needs, it is hard to imagine why cash-building deflation (called “hoarding” by its critics) is thought to be malign. From the perspective of the consumer doing the cash-holding, it is obviously not a bad thing. Clearly, a want or need is being satisfied.

Then there is bank credit deflation, which comes from the contraction of the money supply. Salerno writes that “the most familiar is a decline in the supply of money that results from a collapse or contraction of fractional-reserve banks that are called upon by their depositors en masse to redeem their notes and demand deposits in cash during financial crises.” The effect of such a collapse, holding other factors constant, is to increase the purchasing power of money.

While the money supply did contract during the Great Depression, Salerno notes that the stabilization policies of the Hoover and Roosevelt administrations “prevented the deflationary adjustment process from operating to effect the reallocation of resources demanded by property owners.” These attempts only hindered the recovery and worsened the depression.

The most recent example of this is the debacle that occurred in Argentina, when the government attempted to prop up the ailing peso (a victim of soaring money supply growth) by preventing or limiting the ability of Argentines to make withdrawals on their bank accounts. By preventing withdrawals, it was hoped that the bankrupt banking system could be saved--at the expense of millions of Argentines’ savings!

The events that followed are still fresh in our memory: riots, loss of life, property damage, the forced resignation of Argentina’s president--in short, chaos. Confiscatory deflation, in addition to being an act of outright thievery by a government, also is tremendously harmful to the market’s participants. It blocks them from meeting their wants and needs.

Given this framework for understanding deflation, how likely is it that the U.S. economy will experience the sort of widespread deflation that worries so many observers? Salerno believes that there is little chance of that. Given the slow growth or recession expected in 2002, there would seem to be little risk of growth deflation for a while. Salerno cites some evidence of cash-building deflation, but this, he says, tends to be a short-term phenomenon. Looking at the money supply, there is the expansionary monetary policy of the Fed, coupled with the fact that “there is no evidence that Americans are losing confidence in the banking system.” Again, given the hyper-interventionist government of today, it is hard to imagine widespread bank failure, however beneficial the effects of such failures might be.

Salerno concludes that “an existing or imminent deflation in the U.S. is chimera conjured up by those unfamiliar with sound, Austrian monetary theory.” Whether or not a widespread deflation does hit the U.S. economy, given the analysis summarized here and assuming it is not of the confiscatory variety, it is certainly not something to fear or prevent.