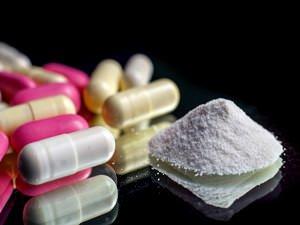 Now that sufficient time has passed since the death of Philip Seymour Hoffman, it is time to assess if there is anything positive that we can learn from this tragic and horrific event. Some questions may never be answered, but there are some questions with answers that provide us with insights for improvement and possibly some resolve to make those improvements.

The question that remains is: why did this happen? How could someone with so much talent and a bright future end up dead of a drug overdose with a needle in his arm?

The simple answer is that such outcomes are almost inevitable within a diverse and large society such as ours containing an immense variety of individuals. Given that, we should not be surprised that unusual and unfortunate things happen to some people, and that famous people are certainly not immune.

Heroin kills talented people on a regular basis, but so does accidental choking, alcohol, and falling down staircases. In Hoffman’s case, the heroin he was consuming was potent and might have had a powerful added ingredient that made it deadly. Illegal drug consumption leads to thousands of overdose deaths each year. Prescription drugs, particularly pain killers, lead to many more.

Going beyond the simple answer is difficult. Obviously, I can offer little in the way of understanding the personal circumstances of this case beyond that of a second-rate gossip columnist. However there are two things of note in the death of Hoffman that are more general and social in nature and therefore subject to economic analysis.

The first is that owning, selling, and buying heroin is prohibited by the state and such activities carry heavy penalties. This causes a multitude of distortions in its production, distribution, and consumption. For the economist then, heroin is not in its normal state.

You may of course think that heroin should not be in its “normal state” because the world would run amok and that many more people would meet with the same fate as Hoffman. That would be a perfectly “normal” opinion, but that does not change the fact that heroin now exists in an extremely abnormal state. That abnormal state is the result of government prohibition.

The abnormal state of government prohibition has a multitude of implications, not all of which are perfectly clear to the casual observer. There is a clear implication that prohibition is extremely costly for society. There are the direct expenses of enforcing prohibition and the opportunity costs of what could have been accomplished with those same resources. Then there are all the horrific unintended consequences that there is not enough room to fully list here.

The very high cost of prohibition places limits on a society’s use of prohibition, such that only regimes such as those in North Korea and possibly some oil-rich Muslim monarchies use prohibition to fully implement their ideological visions.

Another implication is that prohibition is not effective. North Korea can conceal its own failures, but open societies cannot. Prohibition might discourage some potential consumers, but would those same consumers commit harm to themselves or others in the absence of prohibition? Most would not. In other words, while the drug war forces addicts and casual users to rely on unlabeled, black market (and possibly tampered-with) products for their fix, would drug users in a free market turn to such dangerous products? It’s unlikely. We do know that in the face of prohibition, many users turn to using alcohol and prescription drugs for off-label recreational uses that can cause harm that is similar or even worse than those caused by prohibited drugs.

There is simply no evidence that prohibition generates any socially desirable benefits, but there is ample evidence of its costs and destruction.

Also of note is that Hoffman was also taking a series of prescription drugs. Several of these drugs were powerful mind and body altering chemicals. According to reports, investigators found methocarbamol (muscle relaxer), hydroxyzine (anti-anxiety), Vyvanse (ADHD), and buprenorphine to treat addiction (and an opiate painkiller), and clonidine hydrochloride (blood pressure, ADHD, anxiety/panic disorder, and certain pain conditions).

Even in the absence of heroin, these drugs seem like a dangerous brew. According to my research, each separate drug has a laundry list of side effects, complications, and “dos and don’ts.” The combination of all the drugs simultaneously would seem like a hazardous and potentially deadly mixture, even before the highly potent heroin is introduced.

You may still believe that these two approaches are appropriate and necessary, but please do not blame the resulting problems on the free market.