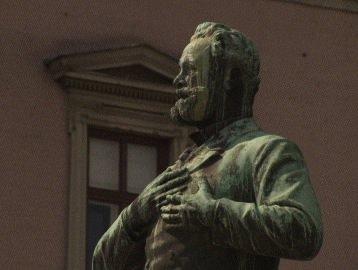 Once upon a time, before Hitler, Stalin, FDR, Juan Peron, and even before Mussolini and Lenin came on the world scene, there lived a man named Dr. Karl Lueger (1844–1910), who was protector of the common man, a proponent of social justice, and the mayor of Vienna from 1897 to 1910. Not simply just a mayor, Lueger was a symbolic figure — a prototype of the twentieth-century populist politician who passionately fought for the “little people” and mastered the arts of making propaganda, courting nationalism, and promoting the public welfare. Before I came to Vienna in September 2011 — for a conference on European identity no less — I knew nothing about this multifaceted character.

As a matter of fact, my introduction to the famous mayor happened merely by chance. Despite a busy conference schedule, I decided to take advantage of my stay in Vienna to find the famous Café Kunstler, the very same café where Ludwig von Mises (1881–1973), one of a few avatars of economic liberty in the early 1900s, liked to meet his friends and associates to discuss, while drinking coffee, economics and politics — brewing what later became known as the Austrian School of economics. 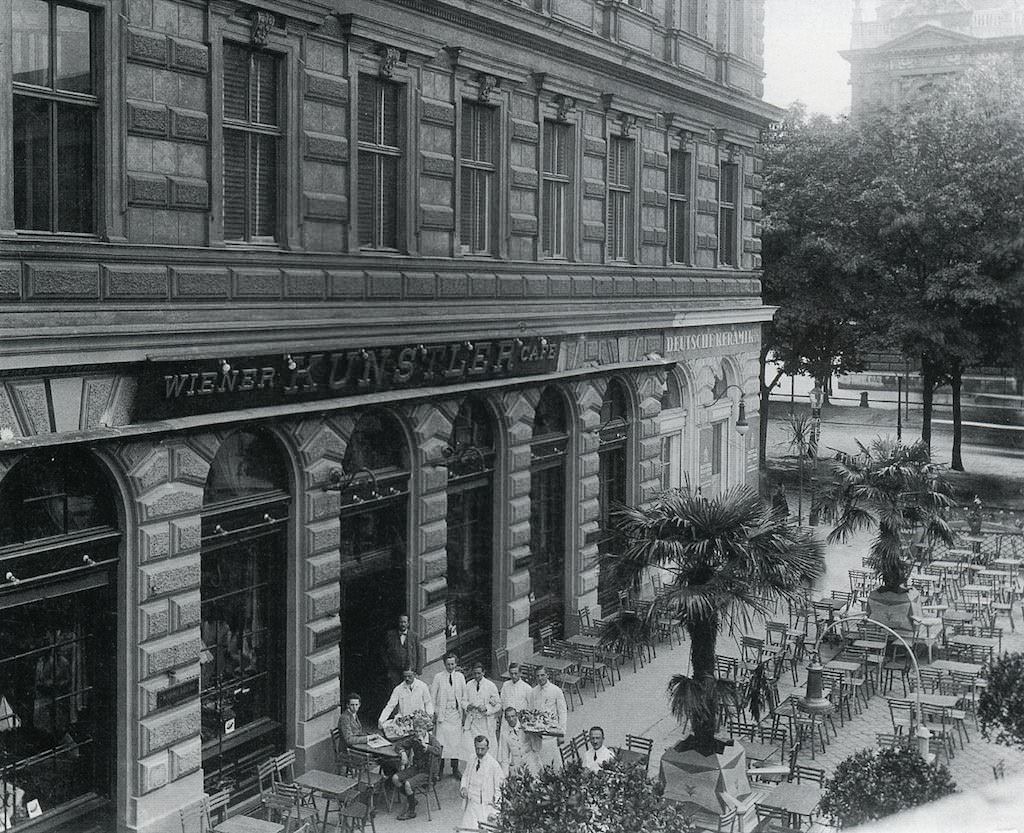 As every knowledgeable traveler and coffee lover knows, Vienna is famous for its cafés. In fact, it is said that through Vienna the tradition of coffee drinking at special parlors had penetrated Europe from the Ottoman Empire in the 1600s and later spread to the rest of Europe. In particular, what pleasantly surprises one about these Vienna coffee places — the blood veins of the cultural and political life of the city in the modern era — is an abundance of newspapers available in various European languages for free perusal by customers. I wonder if this long-time tradition also originated from the Ottoman people.

I paid tribute to Mises and his circle by staying at the café for a while, sipping overpriced coffee and picturing how he and his colleagues gathered in a place like that to talk individual liberty and free enterprise, rare commodities at the beginning of the twentieth century — the era of rising militant collectivism and the big state. It was getting dark, and soon I found myself outside the café, facing the statue of Dr. Lueger. A young Japanese tourist was jumping here and there around the monument, taking pictures of the mayor from different angles. Finally, he had his smiling girlfriend step in front of the sculpture and took one more snapshot. After standing there for a moment watching this scene, in my heavy Slavic accent I asked him: “Do you know who zis man is?” The young visitor turned toward me, glanced up at the statue, shook his head, and answered, “Me do not know dis man.” Out of curiosity, I questioned him further, “Why are you making pictures of it in zis case?” The young tourist looked back up at the statue of Dr. Lueger and with absolute assurance replied, “Because dis man look impressive.”

He was right. The monument, completed by artist Josef Mullner in 1926, indeed looks impressive. Lueger is depicted standing at the top of the sculpture, holding the folds of his jacket as if ready for action. The face of the stern mayor gazes proudly into the bright future, and his entire figure looms over two no less magnificent figures of laborers, one holding a shovel and another a hammer. The workers’ naked torsos are bursting with muscles. At the very bottom, smaller figures of workers and farmers — also displaying similar muscular torsos — are caught in the process of toiling. On the back of the monument, there is more: a group of Viennese citizens — workers and shopkeepers — warmly and gratefully welcoming their beloved mayor. The first man slightly bends his back and shakes the mayor’s hand, as if thanking the politician for his caring attitude. 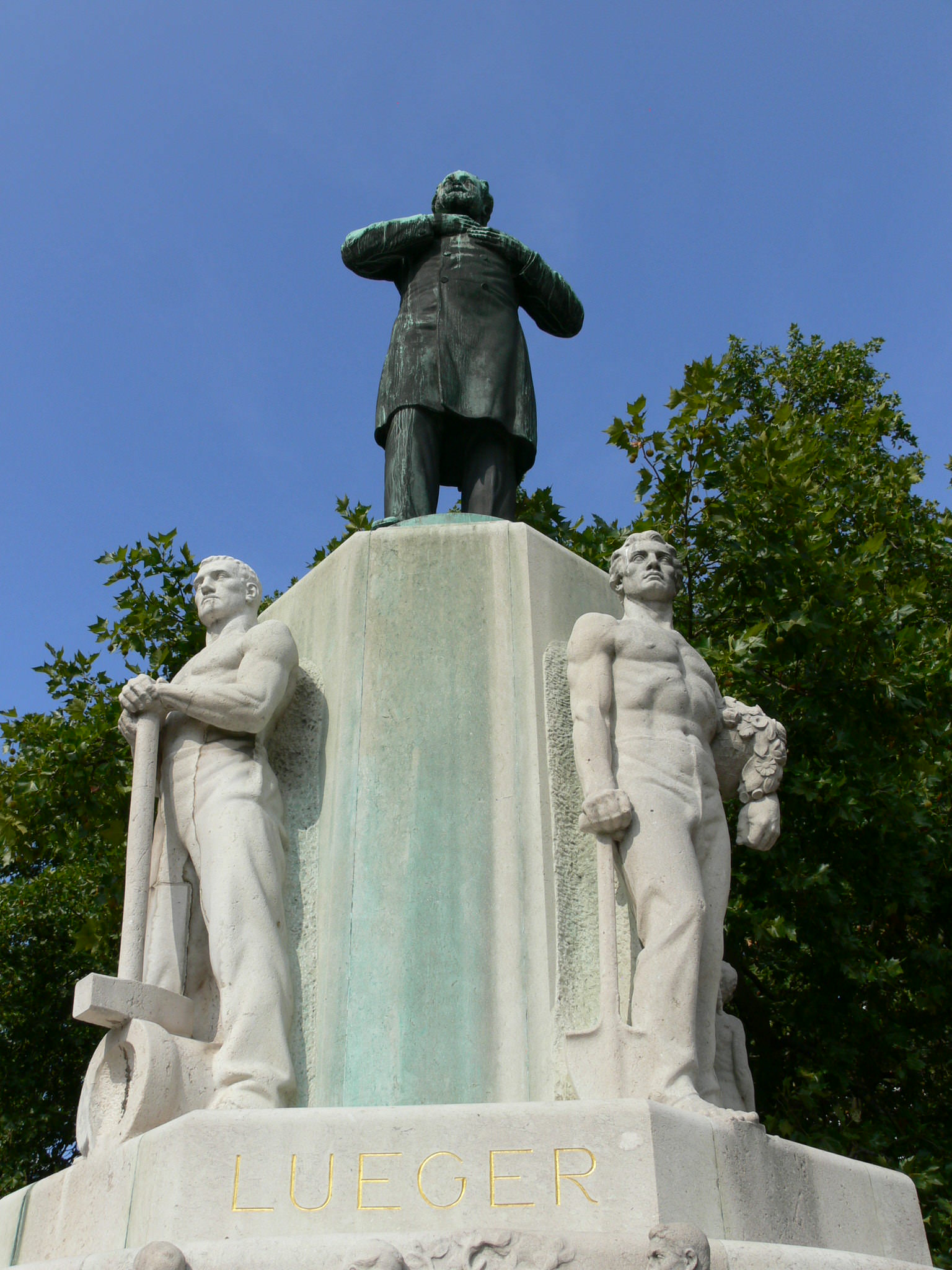 As I studied the monument, I noticed that there was something chillingly familiar about the whole sculptured composition. Somewhere in my youth, in other cities and towns much farther to the east, I had seen the same muscular figures of workers chiseled in stone and marble, surrounding another fatherly figure, one who in 1917 embarked on a great collectivist experiment of engineering public good by empowering the poor at the expense of the rich. Incidentally, this man, better known to us by his nickname “Lenin,” also liked to frequent Vienna’s cafés in the 1910s, as did Leon Trotsky, another Marxist revolutionary and Lenin’s right-hand man who executed the famous 1917 Bolshevik Revolution (Morton).

During the same years, somewhere in the slums of Vienna, a young voracious reader born to the Schicklgruber family tried to earn his living by selling postcards that he painted himself. An angry man who failed to be admitted into the local art school, he blamed others for his misfortunes. The youth naturally cheered Dr. Lueger, who liked to point out that the true enemies of the common people of Vienna were the well-to-do ones as well as newcomers of different brands. With passion and “admiration for this unusual man” (Hitler, p. 121), The youth digested the words of wisdom spoken by the Vienna mayor and watched with fascination how this politician played on popular sentiments (Hamann, pp. 274–76). This youth, one Adolf Hitler, would later weave the tactical and strategic lessons he learned from Dr. Lueger into the infamous doctrine of National Socialism — a short-lived experiment of engineering a good life and prosperity for one nation and ethnic group at the expense of other nations and ethnic groups.

Hamann, Brigitte. 2011. Hitler’s Vienna: A Portrait of the Tyrant as a Young Man. London: Tauris.

Marx, Karl. 1844. “On the Jewish Question.” Available at http://www.marxists.org/archive/.

Andrei Znamenski, Professor of History, teaches at the University of Memphis.