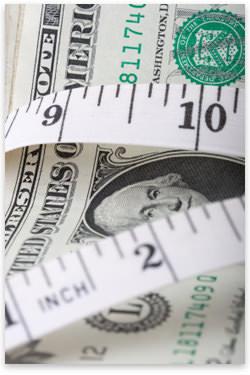 [This article is excerpted from chapter 21 of Human Action: The Scholar's Edition and is read by Jeff Riggenbach.]

What the employer buys on the labor market and what he gets in exchange for the wages paid is always a definite performance which he appraises according to its market price. The customs and usages prevailing on the various sectors of the labor market do not influence the prices paid for definite quantities of specific performances. Gross wage rates always tend toward the point at which they are equal to the price for which the increment resulting from the employment of the marginal worker can be sold on the market, due allowance being made for the price of the required materials and to originary interest on the capital needed.

In weighing the pros and cons of the hiring of workers, the employer does not ask himself what the worker gets as take-home wages. The only relevant question for him is, What is the total price I have to expend for securing the services of this worker? In speaking of the determination of wage rates, catallactics always refers to the total price which the employer must spend for a definite quantity of work of a definite type, i.e., to gross wage rates. If laws or business customs force the employer to make other expenditures besides the wages he pays to the employee, the take-home wages are reduced accordingly. Such accessory expenditures do not affect the gross rate of wages. Their incidence falls entirely upon the wage-earner. Their total amount reduces the height of take-home wages, i.e., of net wage rates.

It is necessary to realize the following consequences of this state of affairs: