GET NEWS AND ARTICLES IN YOUR INBOXPrint
A
A
Home | Mises Library | The Government's Campaign: Kahlúa Kills 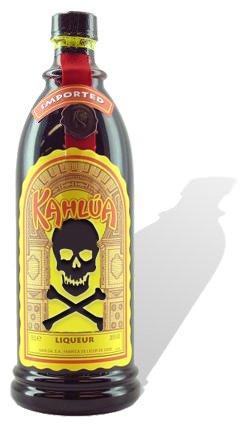 11/17/2009Llewellyn H. Rockwell Jr.
The world has an impression of the United States as a freewheeling, hard-drinking country where few things are regulated. The world should wake up to the reality that the United States is governed by a totalitarian bureaucracy that claims to manage every aspect of our lives, which means of course managing the economy with massive regulatory intervention, of which the following is but a tiny example.

The Food and Drug Administration has decided that Americans are entirely too fond of the dangerous mix of alcohol and caffeine. The proof is the popularity of all kinds of new drinks hitting the market. An example is Tilt, an energy drink sold as a premium malt beverage. There are many other similar products, all of which are spun off the popular consumer habit of mixing liquor with energy drinks like Red Bull.

There is nothing new here. Think of Irish coffee, which is coffee plus liquor. Or think of Kahlúa, which is a coffee liqueur used in all sorts of drinks. There is a new fashion too for the coffee martini.

What is the FDA doing? It is pressuring the drink makers to remove the guarana (a berry that is a source of caffeine) from drinks. Anheuser-Busch has already complied. Some others have altered their recipes too. But if we can learn anything from the history of consumer markets, it is that when people want something, someone is going to provide it, thank goodness.

As a result of big companies' compliance, the non-complying companies like Joose grabbed the market share. This annoyed the major players. One would not be surprised to find their handwriting on the threatening letters sent by the FDA to some 30 companies that make these drinks, with 9.9% alcohol plus a zinging jolt of caffeine.

The letters demand that these drink makers produce evidence within 30 days that their drinks are safe and pose no health or safety risks. The demand is ridiculous. Of course there are risks. Risks are part of life. Part of the fun of these drinks is that they are slightly more "risky" than, say, a can of V-8.

The harassment comes following a campaign by state attorneys general demanding that something be done to stop the "youth" from drinking these beverages. Ah, yes, it is always the youth. No surprise that the youth are all for these concoctions simply because their systems are better designed to deal with the combination of caffeine and alcohol, and they have fewer responsibilities in life that make early rising a high priority.

As for their FDA's question, I think I can answer it. The alcohol part makes you slightly tipsy. The caffeine part wakes you up. So you can be both loopy and jazzed. Sounds like the very definition of youth to me. But the government has a problem with this, and on what grounds? It has something to do with safety, so they say.

Can we really believe that the FDA bureaucrats are worried about our health and well-being? That these lifetime looters of the taxpayer are fretting about our intake of caffeine and liquor and are seeking to do what is best for us, like overbearing parents or pastors of the local fundamental congregation? I seriously doubt it.

What drives them is power lust. What else could it be? Just look at the government's war on smoking. Smoking in general is actually increasing in the United States, rising from 2007 to 2008. This is in a period in which the war on smoking was more intense than ever before, with public relations campaigns, advertising restrictions, and looting-level taxes making every pack a serious investment.

What these campaigns against sin actually do is draw attention to these beverages. For example, there are many readers of this article who had never heard of Tilt and Joose before, or had never even thought about the wondrous combination of alcohol and caffeine. These campaigns are free advertising for these drinks, and by adding a whiff of danger, really attract young people.

How can government be so stupid? It's a question that dates back to the ancient world and will be with us until the end of time. Or at least until mankind stops tolerating this thing called the state, which presumes the right to force us to do what it wants us to do, rather than what we want to do.