GET NEWS AND ARTICLES IN YOUR INBOXPrint
A
A
Home | Mises Library | Government Loans: Risky Business for Taxpayers 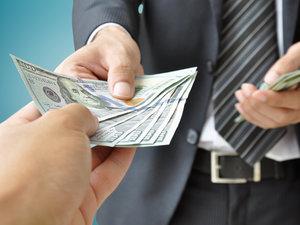 Obtaining a loan from the government now seems perfectly normal to most Americans, be the loans for education, business, healthcare, or whatever else.

Examples include Small Business Administration loans, where a potential business owner goes to the government to get startup cash, and student loans, where a college student borrows money for tuition or even living expenses. These loans can often be paid back with interest over the course of what is often several decades.

Other examples might include Federal Housing Administration (FHA), Veterans Administration (VA), or Rural Housing Services (RHS) loans, which differ from the former in the sense that they are government insured loans, yet the fundamental principle behind them remains the same: government is taking upon itself (via taxpayers) the risk behind making the loan.

Of course, private loans are also available, though those that do not employ government insurance or other subsidies usually come with higher interest rates. The higher interest rates in the purely-private sector come from the fact that the private entity making the loan must take on all the risk, instead of externalizing it to the taxpayers.

So, the reality of lower interest rates in government and government-subsidized loans means they are vitally necessary, right?

First of all, the government doesn’t “make money,” in the way that private entities do. There is only one way in which states initially accumulate revenue, and that is through taxation. This extorted wealth is originally made in the private sector. So, in order for a government to make a loan back to the private sector, that money must first be removed from the private sector via taxation.

Government Knows How To Best Spend Your Money

For private entities, however, when they make a loan and determine who qualifies for it, and at what interest rate, the private firm making the loan is basically determining at what price (i.e, interest rate) the firm feels adequately compensated for the risk of lending out this money, and for giving up direct control over that money for the duration.

To claim, therefore, that the government should be in the business of making loans because private loans are generally too costly or too inaccessible for buyers, is no different than saying that government must take individual’s money and use it in a way that the original owners (i.e., the taxpayers) themselves would determine to be reckless and irresponsible. While it is true that occasionally a government loan may be paid back with interest at the appropriate time, it would be absurd to suggest that politicians would be more knowledgeable about how a person’s money should be used than the person who originally created and owned the wealth in the first place.

But Government Should At Least Prevent Usury, Right?

Moreover, there are those who will say that private firms making loans should be restricted from charging “excessive” interest on their loans (i.e., usury). This is an example of a very well-meaning, but utterly damaging regulation. It is crucial to note the differences in time preference displayed by both the lender and the borrower. The lender’s time preference (in this case) is lower than that of the borrower’s, meaning that the lender prefers a larger sum of money in the future, and the borrower prefers a smaller sum now. To get money now, however, the borrower must pay for it in the form of interest.

This represents a healthy balance between lenders and borrowers. It is why loans are made. Laws passed that prohibit certain interest rates on loans are far more likely to hurt those who need the loans, than anyone else. As was previously stated, a firm or person making a loan must feel compensated for the risk of making the loan, and that compensation manifests itself in the interest rate. To restrict a firm from charging a certain percentage of interest on their loans will only reduce the amount of loans it gives out.

Taking Away Your Choices

If a potential borrower who is determined to be a rather high risk asks for a private loan, then their interest on that loan will be quite high, but at least in that situation, the borrower has the choice of taking the loan, or to not take the loan. In the end, the borrower will choose what he or she believes will most benefit him or her. Yes, the borrower might miscalculate and the loan might turn out to have been a bad idea, but at least the borrower had a choice.

On the other hand, if the amount of interest that could be charged on the loan were to be forced down via government regulation, then the firm or person making the loan would simply not offer the loan at all, as he or she would not feel their risk is justified by the legally-allowable interest rate.

Faced with a lack of loans, risky borrowers may then look to government and government-subsidized loans as an option, but we find here just another case of government offering itself as the (taxpayer-funded) solution to a problem it caused in the first place.

Matt Battaglioli is an economics major and a Mises University alumnus. He has written for The Libertarian and is a member of Liberate RVA.