GET NEWS AND ARTICLES IN YOUR INBOXPrint
A
A
Home | Mises Library | A Golden Path: Reply to Professor Cochran 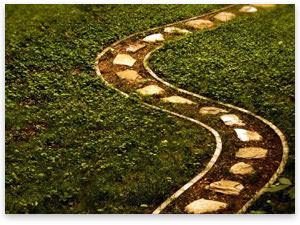 In his recent Mises Daily article "Fool's Gold Standards," John P. Cochran warns his readers against accepting any monetary reform less than that of money created by the free market. Therefore, he felt it necessary to criticize our previous Mises Daily article "A Golden Opportunity," in which we advised Germany to leave the European Monetary Union, reinstate the deutsche mark, and tie it to gold.

Although he admits that our "recommendation may be a step in the right direction … it leaves Germany with a central bank and a discretionary monetary policy." That it does — for now.

In no way was our essay intended to imply that central-bank control of gold-backed money was the point at which we desired monetary reform to cease. As Austrian economists, we fully understand and support the goal of full monetary freedom of the marketplace as that which best advances liberty, prosperity, and peace. The question becomes, how will we achieve it?

We believe that Germany is in a unique position to end the destructive forces of fiat monetary expansion that seem to gain new impetus every day. That is number one. Before we can have the perfect money, we must have a better money, and Germany is in a position to show us the way. All of us who desire liberty, prosperity, and peace should ask Germany to seize this opportunity to stop what surely will destroy free-market capitalism. By reinstating the deutsche mark and tying it to its vast gold holdings, Germany can be the catalyst that creates a cascade of similar virtuous acts that will lead eventually to full monetary freedom and all that that will bring.

Consider the likely consequences of the world's fourth-largest economy establishing a 100 percent gold-backed currency. This currency would dominate world trade, because all trading nations would desire to denominate their exchanges in the soundest money available. For a while at least, that would be the deutsche mark. Demand would drop for the currencies of all other nations unless and until these countries did the same thing. A virtuous cycle would ensue as first one then another country linked its currency to gold. The country with the most to lose would be the United States, whose dollar currently is preferred for international trade. But as demand increased first for the deutsche mark and later for the currencies of other nations who followed Germany's example, demand for the dollar would fall and prices would rise precipitously in the United States as countries no longer found it advantageous to hold dollars abroad. At this point, the United States would be forced to return to gold. In our opinion, nothing less will bring the world's superpower to its senses; i.e., the United States will not voluntarily adopt gold, because it benefits the most from the current inflationary system. However, if the major trading nations of the world adopt gold-backed currencies, even the United States will be forced by the market to do so.

But this is not the end. Once the peoples of the world see the advantages to using gold money, they will begin to understand that central banks are not required to perform the money function at all. Why couldn't Hong Kong Shanghai Bank, Citibank, Barclays, Deutsche Bank, or any of a number of well-respected international private banks do the same? These international banks are more nimble than any ossified government bank to meet the needs of business and finance. Furthermore, these international banks are more trustworthy than national central banks, which tend to operate in great secrecy in order to hide the risk they are taking with our money. Private banks would have to answer to stockholders employing their own independent auditors.

It is in this vein that we recommend that Germany end the tyranny of the inflationary euro and adopt a golden deutsche mark. Such a courageous yet self-protective action will lead to a U-turn in monetary policy, away from monetary destruction and toward better and better money everywhere.