God Protect Us from Metaphors 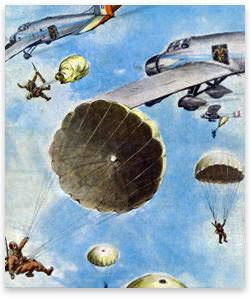 A fallacy sometimes expands, and runs through the whole texture of a long and elaborate theory. More frequently, it shrinks and contracts, assumes the guise of a principle, and lurks in a word or a phrase.

"May God protect us from the devil and from metaphors!" was the exclamation of Paul-Louis.1 And it is difficult to say which of them has done most mischief in this world of ours. The devil, you will say; for he has put the spirit of plunder into all our hearts. True, but he has left free the means of repressing abuses by the resistance of those who suffer from them. It is the fallacy that paralyzes this resistance. The sword that malice puts into the hands of assailants would be powerless, did sophistry not break the buckler that should shield the party assailed. It was with reason, therefore, that Malebranche inscribed on the title-page of his work this sentence: L'erreur est la cause de la misere des hommes (Error is the cause of mankind's misery).

Let us see in what way this takes place. Ambitious men are often actuated by sinister and wicked intentions; their design, for example, may be to implant in the public mind the germ of international hatred. This fatal germ may develop itself, light up a general conflagration, arrest civilization, cause torrents of blood to be shed, and bring upon the country the most terrible of all scourges, invasion. At any rate, and apart from this, such sentiments of hatred lower us in the estimation of other nations, and force Frenchmen who retain any sense of justice to blush for their country. These are undoubtedly most serious evils; and to guard the public against the underhand practices of those who would expose the country to such hazard, it is only necessary to see clearly into their designs. How do they manage to conceal them? By the use of metaphors. They twist, distort, and pervert the meaning of three or four words, and the thing is done.

The word invasion itself is a good illustration of this. A French ironmaster exclaims: Preserve us from the invasion of English iron. An English landowner exclaims in return: Preserve us from the invasion of French wheat. And then they proceed to interpose barriers between the two countries. These barriers create isolation, isolation gives rise to hatred, hatred to war, war to invasion. What does it signify? cry the two sophists; is it not better to expose ourselves to a possible invasion than accept an invasion that is certain? And the people believe them, and the barriers are kept up.

And yet what analogy is there between an exchange and an invasion? What possible similarity can be imagined between a ship of war that comes to vomit fire and devastation on our towns, and a merchant ship that comes to offer a free voluntary exchange of commodities for commodities?

The same thing holds of the use made of the word inundation. This word is ordinarily used in a bad sense, for we often see our fields injured, and our harvests carried away by floods. If, however, they leave on our soil something of greater value than what they carry away, like the inundations of the Nile, we should be thankful for them, as the Egyptians are. Before we declaim, then, against the inundations of foreign products — before proceeding to restrain them by irksome and costly obstacles — we should inquire to what class they belong, and whether they ravage or fertilize. What should we think of Mehemet Ali, if, instead of raising at great cost, dams across the Nile, to extend wider its inundations, he were to spend his money in digging a deeper channel to prevent Egypt being soiled by the foreign slime that descends upon her from the Mountains of the Moon? We display exactly the same degree of wisdom and sense, when we desire, at the cost of millions, to defend our country — From what? From the benefits that nature has bestowed on other climates.

Among the metaphors that conceal a pernicious theory, there is none more in use than that presented by the words tribute and tributary.

These words have now become so common that they are used as synonymous with purchase and purchaser, and are employed indiscriminately.

And yet a tribute is as different from a purchase as a theft is from an exchange; and I should like quite as well to hear it said, Cartouche has broken into my strong-box and purchased a thousand pounds, as to hear one of our deputies repeat, We have paid Germany tribute for a thousand horses that she has sold us.

For what distinguishes the act of Cartouche from a purchase is that he has not put into my strong-box, and with my consent, a value equivalent to what he has taken out of it.

And what distinguishes our remittance of £20,000 that we have made to Germany from a tribute paid to her is this, that she has not received the money gratuitously, but has given us in exchange a thousand horses, which we have judged to be worth the £20,000.

Is it worthwhile exposing seriously such an abuse of language? Yes; for these terms are used seriously both in newspapers and in books.

Do not let it be supposed that these are instances of a mere lapsus linguae on the part of certain ignorant writers! For one writer who abstains from so using them, I will point you out ten who admit them, and among the rest, the D'Argouts, the Dupins, the Villeles — peers, deputies, ministers of state — men, in short, whose words are laws, and whose fallacies, even the most transparent, serve as a basis for the government of the country.

A celebrated modern philosopher has added to the categories of Aristotle the fallacy that consists in employing a phrase that includes a petitio principii. He gives many examples of it; and he should have added the word tributary to his list. The business, in fact, is to discover whether purchases made from foreigners are useful or hurtful. They are hurtful, you say. And why? Because they render us tributaries to the foreigner. This is just to use a word that implies the very thing to be proved.

It may be asked how this abuse of words first came to be introduced into the rhetoric of the monopolists?

Yet this circumstance — that is to say, the non-reimbursement in the first case, and the reimbursement voluntarily agreed upon in the second — establishes between them such a difference that it is really impossible to class them in the same category. To hand over a hundred pounds by force to a man who has caught you by the throat, or to hand them over voluntarily to a man who furnishes you with what you want, are things as different as light and darkness. You might as well assert that it is a matter of indifference whether you throw your bread into the river or eat it, for in both cases the bread is destroyed. The vice of this reasoning, like that applied to the word tribute, consists in asserting an entire similitude between two cases, looking only at their points of resemblance, and keeping out of sight the points in which they differ.