GET NEWS AND ARTICLES IN YOUR INBOXPrint
A
A
Home | Mises Library | Free Immigrants, Free Capital, Free Markets 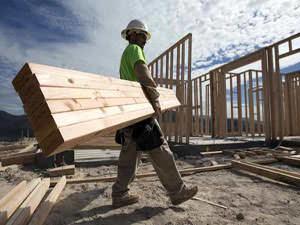 Early this year, the Saudi Arabian government decided to crack down on foreign workers. Writing for The Globe and Mail, Martin Dokoupil and Marwa Rashad argue that this will lead to a “stronger, more diverse economy.” In particular, they focus on the plethora of businesses open at the moment — more than they think is necessary — and the resultant reduction in both “unnecessary” labor and businesses that would be possible if these foreign workers were forced to leave.

The immigration debate, whether it occurs in Saudi Arabia, the United States, or even Canada, really boils down to answering a simple question: Do we want to import workers or goods?

Like money, workers go (when able) to the place that treats them best. Oftentimes this is where real wages are highest. Real in this sense means “cost-adjusted,” so that a worker making a low wage in a low-cost country (say Mexico) may actually have a higher standard of living than one working at a high-wage job in a high-cost country (perhaps Switzerland).

There is an enduring tendency for profits to equalize across all businesses as entrepreneurs move to exploit opportunities. The same holds true for real wages. As workers move from lower to higher real-wage areas there is the same equilibrating tendency. The relative removal of supply from the low-wage country will place upward pressure on the wages of the remaining workers. The influx of new workers to the higher-wage country functions in the opposite direction — wages begin to depress as a result of the increase in relative labor supply.

As long as there is a meaningful distinction between the standards of living of two countries, we will see the tendency for labor to move to where it is treated best. We can build walls and increase immigration requirements, but all this does is make it a little more costly to make the move. Walls and regulations do nothing to remove the disparity in living standards which is the original incentive driving immigrants to relocate in search of a better life.

Fresh immigrants are at an obvious disadvantage compared to natives. They may not speak the language. Or they lack a network of contacts for jobs or social support. Their one “advantage” is an ability and willingness to work for lower wages than their more established native-born counterparts. Part of this willingness to work for lower wages is because their skill set is less developed (lack of language skills in particular can be a big factor). Another factor is that even a low wage in their new country compares well to the wage they were receiving back “home.” Perhaps they are willing to accept lower wages in exchange for the future possibilities open to their children: education, employment, or otherwise.

What motivates the immigrants is largely beside the point. All we need to realize is that these workers want to come here, and that at some wage they are competitive.

What are the benefits a country reaps from immigrants flowing in? Cheaper wages are an obvious answer, though that is also largely beside the point. The real benefits are the increased opportunities that domestic citizens get. With less-skilled jobs being performed by these new workers, domestic citizens can set their sights on the more lucrative opportunities made possible by less-expensive goods and services, and a more diverse labor pool available to entrepreneurs and their employees.

In economics we say that the cost of something is the foregone opportunity. The activity that an action prohibited is the real cost of a choice. To employ me at a low-skilled job, my employer would need to pay me a compensating high wage. My opportunities say so! If I was not to be employed in a low-skilled job I would remain at my own present job as a university professor. This is an extreme example, though the basic rationale rings true for all workers.

There are jobs in any country which will only be taken if the price is right. Employing a worker at the right wage is a difficult task, though one that is aided by the increased labor pool immigrants provide. We often lament that our own citizens don’t want to do some jobs because “they are too good for them.” What we really mean that for the going wage our opportunities are better, and it is unattractive for our domestic-born workers to perform these tasks. Sometimes it is because we don’t want to take a lower-wage job and risk missing a better opportunity that arises (recent unemployed graduates living at home with mom and dad while low-skilled and low-wage jobs go unfilled is a good case in point). Other times it is because some jobs are such low value-added that employers cannot raise wage rates to attract domestic workers (jobs in cost centers, like janitorial positions, often fit this bill).

If we ban immigrants from entering the country we are really banning these jobs from being performed. We will also have to import the fruits of these jobs if we don’t import the lower-cost labor to perform them. There is evidence in the U.S. that strengthening American immigration laws has resulted in the exportation of agricultural jobs to Mexico. If the workers cannot come here we will send the work to them.

Instead of lamenting immigrants we should be welcoming them, especially the low-skilled ones. The alternative to having them here is much worse.

A similar version of this article was published by TroyMedia in Canada.