GET NEWS AND ARTICLES IN YOUR INBOXPrint
A
A
Home | Mises Library | First, Ideological Change; Second, Social Change 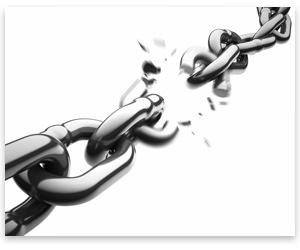 [Excerpted from "If a Pure Market Economy Is So Good, Why Doesn't It Exist?," Quarterly Journal of Austrian Economics, Summer 2010]

The more people adopt a culture of enterprise, the more able a system of free markets is to come about. Is a world where most people support a pure market economy inevitable, as Fukuyama implies in his argument for the inevitability of liberal democracy?1 We do not believe that any world is inevitable, but we believe that changing people's preferences to support a pure market economy is certainly possible.

The pessimistic view implies that the world will be fraught with problems no matter what happens. Although the world certainly has had and continues to have many problems, the pessimistic view overlooks some major examples of important change. In what follows, we discuss some historical examples that provide empirical support for the hypothesis that changing preferences can lead to major social change.

None of these examples entails a complete shift toward a libertarian society; in fact, it is possible to debate whether the changes were in the direction of a libertarian society at all. Nor do they require that preference shifts be entirely unaffected or unconstrained by the prevailing political and social context. However, all of the examples show how major shifts in preferences can lead to major shifts in policy. Bringing about a pure market economy would require major changes in public opinion, but the fact that public opinion has shifted so much in the past may indicate that a movement toward libertarian beliefs is possible.

Perhaps one of the most stunning historical changes to result from an underlying ideological change in people's preferences was the abolition of chattel slavery. Slavery had been a source of forced labor since the dawn of civilization. People had owned slaves on every continent and for every conceivable task. Slavery, along with such other forms of unfree or quasifree labor as serfdom, debt bondage, involuntary apprenticeship, and indentured servitude, was the unenviable status of most humans prior to the Industrial Revolution.

Although no one liked being a slave, the institution was universally accepted as inevitable if not desirable until the first stirrings of antislavery fervor emerged in the late 18th century. Today, in contrast, we live in a world where the freedom to quit a job at will has become the accepted standard. Slavery may still persist clandestinely, but no ruler, no matter how vile or ruthless, would dare get up and publicly endorse owning another human being.

The abolitionist movement, despite beginning as a minuscule minority in most countries, eliminated in a little over a century a labor system that had been ubiquitous for millennia. The British Parliament, for instance, abolished the slave trade in 1807 and ended slavery itself in the colonies a quarter-century later. These events occurred at a time when slave labor was still providing enormous economic benefits not only to certain special interests, but to all British consumers. The 19th-century English historian W.E.H. Lecky concluded that the "unweary, unostentatious, and inglorious crusade of England against slavery may probably be regarded as among the three or four perfectly virtuous pages comprised in the history of nations,"2 and modern scholarship has generally confirmed this evaluation, at least with respect to British antislavery. The abolition of chattel slavery thus stands as the most impressive and enduring of all of classical liberalism's triumphs.

"The abolitionist movement, despite beginning as a minuscule minority in most countries, eliminated in a little over a century a labor system that had been ubiquitous for millennia."

The antislavery movement itself had its origins in another major ideological transformation — the American Revolution. As John Adams reminisced in a series of letters many years afterward,

What do we mean by the revolution? The war? That was no part of the revolution; it was only an effect and consequence of it. … [T]he revolution was complete, in the minds of the people, … before the war commenced in the skirmishes of Concord and Lexington on the 19th of April, 1775. … This radical change in the principles, opinions, sentiments, and affections of the people, was the real American Revolution."3

Admittedly, the Revolution mobilized special interests that would benefit from severing any political connection with Great Britain, but it also prompted drastic improvements in public policy. These included the disestablishment of state churches in the South, the gradual emancipation of slaves or outright abolition of slavery in the North, the establishment everywhere of republican governments under written state constitutions with limitations on power embodied in bills of rights, and the extirpation of the last remnants of feudalism — quit-rents, entail, and primogeniture — where they still remained. Moreover, the revolution set off a cascade of ideological externalities that had worldwide impacts.

Other examples that might be mentioned include the successful campaign of Richard Cobden and John Bright to repeal Britain's protectionist Corn Laws in 1846, within a century of Adam Smith having expressed pessimism about such an outcome; the final termination of British rule in India in 1947, after three decades of mostly nonviolent civil disobedience inspired by Mahatma Gandhi; and the nearly peaceful collapse between 1989 and 1991 of Communist dictatorships throughout the Soviet Union and eastern Europe, which are among the bloodiest and most tyrannical regimes in recent history.

None of these changes ushered in free-market utopias, and historians will long debate the relative weights of their ultimate causes. But to deny that seismic ideological shifts in people's preferences played a major role would be to remain willfully blind. As North has emphasized, "the economic historian who has constructed his model in neoclassical terms has built into it a fundamental contradiction since there is no way for the neoclassical model to account for a good deal of the change we observe in history."4

One economic historian who does not shortchange the way ideology can influence people's preferences is Robert Higgs. His classic study of the growth of American government, Crisis and Leviathan, contains an instructive contrast between the depression of 1893 and the Great Depression of 1929.5 Because of the waning but still dominant classical-liberal ideology, the depression of 1893 was a crisis that witnessed almost no significant increases in central power during the administration of President Grover Cleveland. It was the subsequent ideological triumph of progressivism in the United States that laid the foundations for the huge expansion in government's role during the new deals of Presidents Herbert Hoover and Franklin D. Roosevelt.

Indeed, Higgs's contrast is more encompassing than he suggests. The general rule during the 19th century, both in the United States and Britain, was for economic downturns to occasion government retrenchment rather than expansion. What eventually transformed depressions and recessions into excuses for new and more extensive government intervention were the emerging statist ideologies of the 20th century.

One need merely compare the modern worldview in its myriad ideological manifestations with the medieval or ancient worldviews to appreciate how drastically and fundamentally people's ideas can alter. Current political ideologies, including libertarianism, classical liberalism, modern conservatism, democratic socialism, and communism, all at least pay lip service to some kind of human equality, whether equal rights, equal opportunity, equal income, or something else. All of them explicitly reject the society of rigidly hierarchical status that was considered axiomatically desirable in the medieval and ancient worlds.

In light of all the varied and bizarre beliefs, usually incorrect and often pernicious, that have informed human communities throughout the past, is it inconceivable that the far more sensible views of libertarianism might someday become widely accepted?

This article is excerpted from Stringham and Hummel, "If a Pure Market Economy is So Good, Why Doesn't It Exist? The Importance of Changing Preferences versus Incentives in Social Change," Quarterly Journal of Austrian Economics 2010, vol. 13, no. 2.

Jeffrey Rogers Hummel is a professor of economics at San Jose State University. Send him mail.