The Fallacies of Shrimp Protectionism 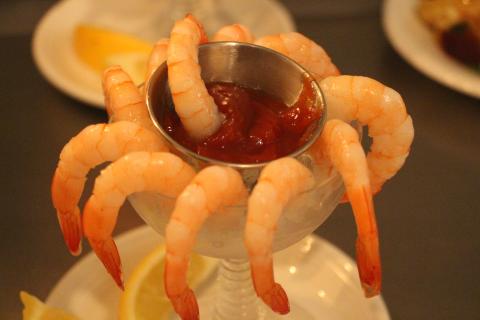 The U.S. shrimping industry must be thriving. Or so one would think. Only a generation ago, shrimp were all but considered a delicacy and came at a steep price, but today, fresh and frozen shrimp are readily available at grocery stores, never mind restaurants, and Americans are taking full advantage of the abundance. In 2003, Americans consumed 1.1 billion pounds of shrimp, up from 685 million pounds in 1994 and 287 million pounds in 1970.

But the U.S. shrimping industry is not thriving, it's sinking fast. The bulk of the domestic shrimp catch is harvested by trawlers in the Gulf of Mexico. According to the Southeastern Fisheries Association in Tallahassee, Florida, nearly 5,000 shrimpers trawled the Gulf a decade ago. Today, less than 1,900 do.

Why is the U.S. shrimping industry in decline when U.S. shrimp consumption is on the rise? The reason, contend domestic shrimpers, is that foreign shrimp farms are dumping shrimp on the U.S. market.

U.S. shrimpers point to the surge in imports and the sharp decrease in import prices as evidence. From 2001 to 2003, shrimp imports increased by 26 percent and now account for 90 percent of U.S. shrimp consumption. Meanwhile, the average price of imported shrimp products dropped from $4.94 per pound in 2000 to $3.38 per pound in 2003. The plunging prices are driving U.S. shrimpers out of the market.

Domestic shrimpers have turned to the federal government and its antidumping law for relief. On December 31, 2003, the Southern Shrimp Alliance—a lobbying organization formed by shrimpers in eight southern states—filed an anti-dumping petition with the U.S. Department of Commerce against shrimp farms in Brazil, China, Ecuador, India, Thailand and Vietnam. If the Department of Commerce rules in favor of the shrimpers, the federal government will impose tariffs ranging from 26 to 349 percent on imports of shrimp from those six countries.

The theory behind the antidumping law

Economists generally define dumping as a deliberate market strategy in which foreign firms set prices in an export market either below the cost of production or below the prices they charge in their own domestic markets. The strategy is a form of what is called predatory pricing. The U.S. antidumping law authorizes the federal government to impose tariffs on imports from specified countries if the government determines that the imports are being dumped on the U.S. market.

Proponents of the antidumping law claim that, unless checked, foreign firms will readily engage in dumping to secure profits.

A dumping strategy would work this way. Foreign firms would dump their products on the U.S. market to drive their U.S. competitors out of business. Once that was accomplished, the foreign firms would raise their prices to recoup whatever losses they had incurred while dumping and, with U.S. competitors out of the way, reap even larger profits in the future. Thus, the argument goes, dumping is an unfair pricing practice that hurts U.S. businesses, costs U.S. jobs and, ultimately, harms U.S. consumers.

The argument, however, is full of flaws.

Dumping implies an impossible degree of collusion between foreign firms. It implies that a number of foreign firms—in most cases a large number—will be able to precisely coordinate when and how much to cut their prices to drive U.S. firms from the market, as well as when and how much to raise their prices once the U.S. firms have been driven from the market.

Even if dumping could be organized and coordinated, it would surely be a doomed strategy. Foreign firms that "dumped" their products for as long as it took to drive their U.S. competitors out of business would suffer huge losses, losses that would grow even larger as the firms' market shares grew. Moreover, the dumping firms would not be able to raise their prices high enough to recoup their losses. Any substantial price increase and U.S. buyers would quickly turn to other exporters for shrimp.

Thus, the theory behind the U.S. antidumping law is highly flawed. So, too, is the way dumping claims are evaluated.

How dumping claims are evaluated

The ITA defines dumping this way: "Dumping occurs when imported merchandise is sold in, or for export to, the United States at less than the normal value of the merchandise." This definition is both arbitrary and obscure. What is the "normal value" of a good? Its price last week? Last month? Last year? Its price in Tokyo? In Rome? In Moscow?

A glaring problem with this standard is that business firms charge different prices in different markets as a matter of course. It is a perfectly common business practice. Unless goods move freely between markets, prices will vary from place to place according to local market conditions. Firms pay close attention to those conditions and price their products accordingly. Failure to do so would cost profits.

Further, local market conditions change. Sometimes the changes warrant price cuts. That would seem unremarkable, except that, under this particular ITA standard, a foreign firm that cuts its U.S. prices in response to a change in U.S. market conditions can be accused of dumping.

In such cases, the ITA estimates what the price would be if the good actually was available in the firms' home market, and uses its estimated price to determine if the foreign firms are dumping. The problems here are huge. It is simply impossible to know what the price of a good would be if it was actually available on the market. Thus, any estimated price used by the ITA is a purely arbitrary concoction. Even more fundamental, how can foreign firms be ruled guilty of charging lower prices in the U.S. than they do in their home countries if they don't even sell the good in their home countries?

An alternative standard sometimes used by the ITA is to evaluate the profit margins that foreign firms clear on goods sold in the U.S. By this standard, small profit margins or losses constitute evidence of dumping.

This leads to an absurd conclusion, again clearly illustrated by the shrimp case. By most accounts, foreign shrimp farms are earning reasonably healthy profits. U.S. trawlers, however, are either barely breaking even or are taking losses. That would mean, by the ITA's profit margin standard, that the firms guilty of dumping are not foreign shrimp farms but U.S. trawlers!

The U.S. antidumping law is one confused and convoluted law. The theory behind the law and the standards used to evaluate dumping claims made by U.S. producers are riddled with flaws. This, plus the ITA's history of ruling in favor of most every dumping claim that comes its way, make it difficult to conclude that the U.S. antidumping law is anything other than pure protectionism.

Shrimp farming has proliferated for one simple reason: efficiency. Trawling for shrimp is costly, and the harvest often varies considerably from year to year with changes in weather and ecological conditions. Shrimp farms not only produce shrimp at much less cost, they produce a steady and reliable volume. Seafood processors value the reliable volume: these companies buy harvested shrimp and produce finished products for consumers whose desire for shrimp does not fluctuate with weather and ecological conditions.

As shrimp farming has expanded, world shrimp production has increased and shrimp prices have fallen. Shrimp prices are now so low that they threaten the market survival of U.S. shrimp trawlers. So the trawlers have turned to the U.S. government and its antidumping law to protect themselves, not from dumping, but from market competition with their more efficient foreign competitors.