Europe May Be in the Calm Before the Storm 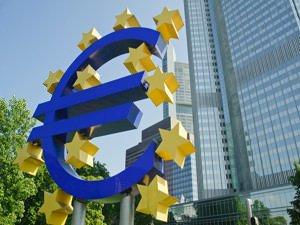 Austrian business cycle theory explains that the “bust” phase of that cycle is created by extension of the cheap and plentiful credit by a fractional reserve banking (FRB) system. A FRB system is inherently fragile during the bust phase as its leverage (lending as a percentage of its own capital) exposes the banks to the emerging tsunami of non-performing loans and impaired collateral that are the manifestations of malinvestment.

Yet, in today’s protected and regulated banking industry, the “bust” phase of the cycle is delayed and distorted by the wide-ranging interventionism of regulators, central banks, and governments. The ongoing crisis in the European banking sector is evidence of this. Its problems of insolvency are unresolved. The ECB is at the center of interventionist efforts to stall and mitigate a European banking sector collapse that looks increasingly likely within the next 18 months.1

Early this month, the ECB kept interest rates unchanged at 0.25 percent. The exchange value of the euro rose and the mainstream media and financial industry pundits all bemoaned Mr. Draghi’s immobilism in the face of worsening price deflation.2 As my November 2013 commentary indicated, there is growing political pressure on the ECB from southern European governments to launch a new round of Eurozone members’ sovereign bond purchases, as public debt to GDP ratios are increasing for countries on the periphery.3,4

So why has the ECB president kept his powder dry, and is the European banking crisis contained or still perilously at risk?

Mr. Draghi diplomatically hedged at a press conference, claiming that the data available failed to show definitively a confirmed deflationary trend and that though officially measured price inflation at 0.8 percent was below the Bank’s mandated target 2 percent, there was no convincing evidence of a Japanese-style deflation in the Eurozone.

The bank president’s words are meant to buy time, while two related processes — one political, the other regulatory—play out.

The political process is to determine how Eurozone governments proceed and attempt to manage the twin crises of growing sovereign debts and growing systemic insolvency risk in the banking sector. The latest event in that process is the German Constitutional Court’s ruling last week that it does not agree that the ECB has been acting within its mandate when conducting debt monetization, although it did not explicitly rule that the ECB broke the German Constitution, preferring to pass the parcel on to the European Court of Justice for a definitive ruling.

These legal challenges are a mere proxy war for the real political one between the “Teutonic” bloc led by Germany and the “Club Med” periphery which currently also includes France.

The ECB’s Governing Council is composed of a clear majority from the “Club Med” faction. Knowing he has this majority ready to vote eventually for a new round of asset purchases, Mr. Draghi is playing a long game.

With ECB benchmark rates already negative in real terms, he is well aware that reducing nominal rates further does little to encourage bank lending. Even with effectively “free” credit, bank lending to businesses is down; as is inter-bank lending. This lack of lending has multiple proximate reasons, but the fundamental one is banks’ own continuing struggle to remain solvent since the onset of the financial crisis in 2007/08. This is where the newest regulatory process comes in.

The ECB is soon to take on so-called “macroprudential” oversight of the Eurozone banking system — a new interventionist approach championed by the G20, the IMF, and the Bank of International Settlements’ (BIS) to reduce risks of failure in the banking system by imposing higher core capital ratios.

Complementary to the EU Commission’s plans to establish a Banking Union (including a Special Resolution Mechanism — SRM — for “bailing in” failing banks), and the BIS’s work to revise and tighten the Basel Rules on bank capital, the ECB is about to embark upon a massive exercise of stress testing all European banks.5

The challenge that these regulatory initiatives attempt to address is the massive build-up of leverage in the banking system as a whole. The Eurozone’s banks are the most vulnerable, but the problem is global. Hence the pivotal role of the BIS in defining a common approach.

What has to be factored in here is not simply banks’ traditional business and real estate lending, important though those are to understanding actual and potential loan losses. Far bigger in scale are the banks’ exposures to the shadow banking sector; their off balance sheet losses; and the recent likely losses on FX futures contracts and interest rate swaps caused by the sell-off in Emerging Markets.

Derivatives positions in FX and interest rate swaps are staggering and the total derivatives market is estimated at $700 trillion. Amongst large European banks, Deutsche Bank is said to have Euro 55 trillion of gross notional derivatives exposure on its books. This figure is some 200 percent+ greater than Germany’s annual GDP!6 Note, these are not losses, just exposures. Nevertheless, it would take only a very small proportion of these contracts to turn sour for Deutsche Bank’s entire core capital to be wiped out.

The BIS-defined leverage ratio aims to limit banks’ reliance on debt, using a minimum standard for how much capital they must hold as a percentage of all assets on their books. However, the BIS found that “a quarter of large global lenders would have failed to meet a June version of the leverage limit had it been in force at the end of 2012.”7

There is a perfect storm developing then in the European banking sector.

First, there is the increasing likelihood that the ECB will unleash a new round of asset purchases from the banks to flood them with the liquidity they need to buy up their respective national governments’ sovereign bonds and so hold bond yields down.

Second, there is a Eurozone-wide regulatory initiative to recapitalize the banks, likely following on from the results of the ECB’s bank stress tests. Third, there is an increasing chance of a deep stock market correction happening this summer. All three, taken collectively, could trigger a crisis of confidence in the banking sector. An insolvency crisis too should not be ruled out in the event of some large banks failing to recover from derivatives markets exposures in an increasingly volatile currency, interest rate, and stock-market environment.

Andrew Cullen is a freelance analyst and writer. Previously, he has worked as a freelance project manager for over 20 years across EMEA and SE Asia. Andrew Cullen's blog is TheCantillonObserver.com