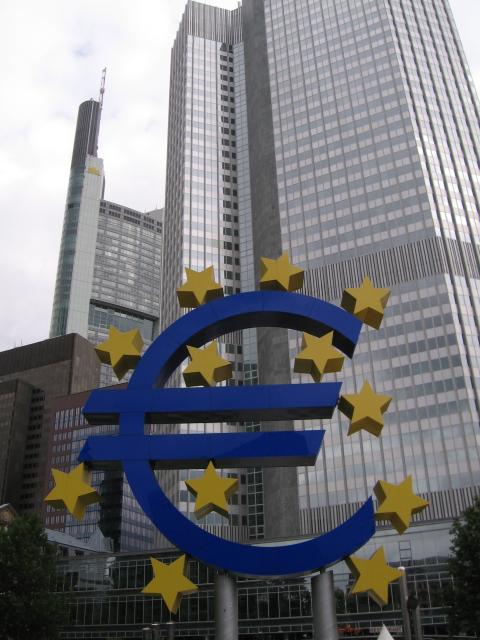 Members of Economic and Monetary Union couldn't even wait for the euro's official advent on January 1, 1999 to reveal its future. The EMU-wide interest rate cut in December 1998, an Keynesian-style effort to forestall a recession, was the real portent of things to come. Monetary inflation and credit expansion are the fate awaiting Europeans and their new currency.

Behind the public posturing about the benefits of a single money, EMU officials want the euro for the purpose of coordinating a continent-wide loose monetary policy. A single, fiat paper money can be inflated without the pain of devaluation that follows in a Europe of many currencies. As the East Asians, Russians, and Brazilians know, devaluation can be painful indeed. And even in cases where the prior monetary inflation is not sufficient to cause such financial trauma, devaluation thwarts the fiscal and monetary policies of governments.

If the push for a single money concerned only the benefits of eliminating the costs and uncertainties inherent in currency exchanges, then the European Union would have opted for a pure gold standard. The euro is no more about these benefits than Nafta is about free trade.

In its drive for political power over the market, the EU has adopted a dangerous strategy in the euro. For unlike restoring a gold standard, to midwife the euro the EU faces a hazard of economic law.

Any institution introducing a new money must redeem it for the existing money at a fixed rate. Only then will people know the purchasing power of the new money in market exchanges. Without prices denominated for all goods and factors at the same time in the new money, the item cannot become money.

This law holds even for a hyper-inflated currency such as the German mark of the 1920s. Shortly after the Reichsbank turned on the printing presses, prices in Germany began to rise. By the end of 1922, prices were 1,475 times their pre-war level. A year later, prices were one trillion times higher.

At the end of the first World War it took four marks to buy one dollar in foreign exchange markets. In July of 1922, 493 marks were needed to purchase a dollar, by January of 1923 the mark had devalued to 17,792 to the dollar, and at the peak of the hyperinflation in November of 1923 Germans had to pay 4.2 trillion marks to buy a dollar.

The hyperinflation ended on 20 November 1923 when the German government replaced the old mark with the new rentenmark at an official rate of 4.2 marks to the dollar or one new mark for one trillion old marks.

In November of 1923, the price of a German postage stamp was 500 billion marks. (It was 20 pfennigs before the hyperinflation.) At a redemption rate of one trillion old marks for one new mark, a customer would know to pay 50 pfennigs for a postage stamp. If the hourly wage for a factory worker was 4 trillion old marks, an entrepreneur would know to pay 4 new marks. Without fixing the rate of redemption between the old money and the new money, people could not reckon prices in the new money and thus, could not use it as a money.

When the Germans replace their mark for the second time this century, the euro is to be money not only for Germans but for all Europeans. Beginning in January, the euro will be introduced in each of the eleven EU countries that have met the conditions for membership in EMU. On 2 May this year, representatives of the 15 member countries of the EU decided the fixed rates of redemption between each of the domestic currencies of the eleven countries of EMU and the euro. One euro will be equivalent to 1.98 German marks, 13.91 Austrian schillings, 6.33 French francs, 168.20 Spanish pesetas, 202.70 Portuguese escudos, 1958.0 Italian lira, 40.78 Belgian francs, 2.23 Dutch guilders, 6.01 Finish marks, 0.80 Irish punt, and 40.78 Luxembourg francs.

For three years after its introduction, until January 2002, the euro will be used by governments and financial institutions. Assets will be denominated, accounts will be kept, debt will be issued, and reserves will be held in euros. Early reports claimed that the euro will trade against other currencies in international exchange markets. But recent financial turmoil seems to have squelched this ambition. For now, public pronouncements imply that the euro will be merely a glorified Ecu, the existing market-basket "unit of account" of the EU.

This retreat is understandable since, on international currency markets, exchange rates are in perpetual flux. And European exchange rates in particular have a history of volatility. Any variation of the market exchange rate between two currencies and the fixed rate of redemption will create profitable arbitrage possibilities for currency speculators.

For example, if the schilling devalues against the mark in international markets to 10 to 1 while the ECB redeems schillings at 7.025 to 1, then currency speculators will sell one mark for 10 schillings in the foreign-exchange market take the 10 schillings to the ECB and trade them for 1.42 marks for a gain of 42%. What the speculators gain, the ECB loses and eventually the ECB would deplete its reserve of marks.

Its reserves could only be replenished by contributions from the member countries of the EU. But this would entail either domestic taxation or monetary inflation. Inflation of a domestic currency will only put pressure on it to devalue against other currencies aggravating the original problem. Additional taxation will be resented and resisted.

Even complete conversion of economic performance and perfect harmonization of fiscal and monetary policy among the eleven countries of the EU would not ensure maintenance of fixed exchange rates among their currencies. Devaluations and appreciations of currencies outside the euro block could break the fixed links. Russia's devaluation of the ruble has the potential to put much more pressure on the mark to change value than the peseta since German banks are heavily invested in Russian debt.

If bank failures in Germany cause the money stock to shrink or grow less rapidly than the harmonized rate which would maintain the mark's exchange rate against the peseta, then the mark would appreciate against the peseta. The only way to prevent this is for the Bundesbank to counteract the monetary deflation with more rapid monetary inflation. But this disturbs the harmonization of monetary policy among the countries.

The EU cannot evade economic law forever by using the euro merely as a "unit of account." If it is to become money, eventually the EU must permit international and domestic trade in the euro at fixed redemption rates. The current plan is to have a six-month period, after the three-year introduction ends on January 1, 2002, where the euro will be used by people in the eleven EMU countries, along with their domestic currencies, to buy and sell goods. On July 1, 2002, according to plan, each domestic currency will lose its legal tender status and be withdrawn from use.

The prospects for this scheme are dubious at best. And they are unecessary if the EU is serious about giving the people of Europe the benefits of a common money. Attaining that goal requires only giving up its invention of a new, artificial, government-controlled money and restoring the old, natural money of the market: gold.

Prices of all goods would be denominated, fundamentally, in gold and domestic currencies would be accepted everywhere. People would know that if the price of a bottle of French wine in Paris was one franc then it could be bought for 10 pfennigs since each of these currency prices is one twentieth of an ounce of gold. And as long as the currencies were one-hundred-percent backed by gold, the French wine seller could accept payment in either francs or marks since he is receiving, in either case, ownership of the same amount of gold. Likewise, all workers would be paid their wages in gold.

A pure gold standard would render the benefits of a common money: eliminating both the necessity of trading currencies to buy and sell goods internationally and the uncertainty of exchange rate fluctuations. And, unlike the euro, money in a gold standard cannot be manipulated by government officials. It would mean the end of price inflation and boom-bust cycles which result from central bank monetary inflation and credit expansion.

But why wait for Europe? America has the world's leading economy and most important currency. It would be fitting for international monetary reform to begin by making the dollar as good as gold once again.