GET NEWS AND ARTICLES IN YOUR INBOXPrint
A
A
Home | Mises Library | The Ethics of Adoption in Haiti: A Libertarian Approach

The Ethics of Adoption in Haiti: A Libertarian Approach 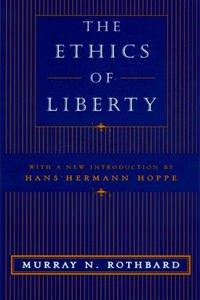 [The following is the first of a three-part series about the orphan crisis in Haiti.]

Haiti was home to an estimated 380,000 orphans before the recent devastating earthquake, which doubtlessly has created tens or hundreds of thousands of more orphans. Though CNN reports that government agencies in the United States and the Netherlands have allowed for a greater-than-usual rate of adoption of Haitian children, this is little comfort to the thousands of orphaned children who remain on the island, waiting in anguish for a new home, or to the thousands of Haitian children who remain under the care of living parents but who wish to escape poverty that is incomprehensible to the industrialized world.

A libertarian approach to adoption, as Murray Rothbard laid out in his Ethics of Liberty, would solve the Haitian crisis in a swift and orderly manner.

The Rights of Haitian Children

In The Ethics of Liberty, Rothbard argues that children are potential self-owners, and that

The child has his full rights of self-ownership when he demonstrates that he has them in nature — in short, when he leaves or "runs away" from home.[1]

In the case of poor Haitian children whose parents survived the earthquake, Rothbard's analysis obviously implies that they must be given the full legal right to leave their families and become self-owners if they so choose. In other words, they may enter into voluntary orphanhood in the hopes of finding a better life without their biological parents.

Applied to the case of involuntarily orphaned children whose parents were killed or separated from them by the earthquake, it is clear that they have, by their continued action in the absence of their deceased parents, demonstrated their self-ownership.

As such, whether they choose to attempt to survive on their own, find refuge in an orphanage inside of Haiti, or seek adoption from a foreign family, Haitian children must be treated as sovereign individuals and given the legal permission to enter into any such arrangements without forceful interference by third parties, governmental or otherwise.

Thus, any and all action by governments, both Haitian and foreign, that interferes with the free movement of Haitian orphans, whether they be voluntary or involuntary orphans, is an affront to their self-ownership. Even the most seemingly innocuous barrier to the movement of Haitian children, such as national-entrance paperwork, is an attack on their right to enter into beneficial relationships with new guardians.

"In the case of children whose parents were killed or separated from them by the earthquake, it is clear that they have, by their continued action in the absence of their deceased parents, demonstrated their self-ownership."

Some may object that there are many Haitian orphans who are simply too young to effectively establish their self-ownership, but who are no less deserving of rescue. For the case of infants and toddlers, the libertarian argument is just as strong and consistent.

Rothbard argues that only two situations, physical abuse and abandonment, are legitimate justifications for the confiscation of a child from its guardian. In the case of abandonment, due to parental death or otherwise, the first party to claim guardianship over the infantile orphan has, according to Rothbard, "in a very real sense … brought life to the child."

Therefore, a young Haitian's first willing savior is to become the new legal "trustee" or guardian over the child, and his relationship to the child takes the form of any biological or adoptive parent.

The Rights of Haitian Parents

Rothbard argues convincingly that the parents of a child are neither entitled to absolute ownership of the child without condition, nor required to provide for the child until some legally enforced time horizon. Rather, argues Rothbard, parents act as "trustees" for their child; their ownership of the child is of a "guardian kind."[2]

Rothbard then articulates the entirety of a parent's rights and responsibilities toward its offspring in the libertarian society with a simple passage: The parent is

legally obliged only not to aggress against the child's person, since the child possesses the potential for self-ownership.

Applying this analysis to the parents of Haitian children, it is clear to see that they only exercise legitimate authority over their children insofar as children submit to this authority by not declaring their self-ownership. Once such a declaration has been acted upon, parents are to have no legal claim over their children's autonomy.

Thus, the involuntary return of Haitian runaways to their parents is also a human-rights violation, as is any involuntary placement of orphans into orphanages. Third parties acting to carry out such forced returns are deserving of the full legal punishment of human traffickers, including lifetime incarceration for serial offenders of children's rights.

There is another important right that Haitian parents possess in the libertarian society. Until such a time as they exercise their self-ownership, Haitian children remain the conditional property of their parent or guardian. So long as they continue to submit to their status as property, they remain willingly subject to the treatment of property on the market. This is to say that guardianship over them may be transferred from owner to buyer for a payment, monetary or otherwise.

This would seem to result in outright human trafficking and legalized slavery, but no such arrangement could possibly occur in the libertarian society. By definition, the libertarian society is one in which children's right to exercise their self-ownership must be respected, and therefore no child can be forced to abide by the terms of a transfer contract made between other parties.

Furthermore, as the ownership that originates in the parent-child relationship is not absolute, no such absolute ownership may be transferred. This is to say that, even in cases in which a child initially submits to a transfer of guardianship, the child retains his right to declare self-ownership and leave the arrangement at any time in the future.

Finally, in cases in which children were sold to abusive guardians and became physically unable to escape, such as occurs in sexual slavery, the abuse by these elders makes their children subject to forceful confiscation by concerned third parties under Rothbard's libertarian framework, as cited earlier.

The market mechanisms by which the slave trade is to be prevented will be discussed in the third part of this series.

The Rights of Adoptive Parents

Finally, those who wish to adopt Haitian children are equally free within the libertarian framework to enter into and exit from all aforementioned agreements with orphans and parents, but they are also subject to the same condition of nonaggression as a child's biological parents. This, of course, means that adoption agencies that obstruct the flow of orphans from Haiti to loving American families are acting in restraint of adoptive parents' right to engage in voluntary relationships and trade.

This understanding of rights also exonerates families accused of "kidnapping" consenting Haitian children. It is clear that the evasion of statist adoption laws constitutes an act of compassion, rather than one of coercion. De jure kidnappers, which is to say, adoptive parents of willing children who act without the consent of the violent state apparatus, are to be applauded for their bravery and empathy, and are not to be conflated with de facto kidnappers, who take children from their families without permission or violate orphans' rights to self-ownership. 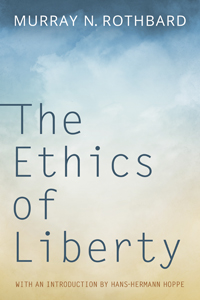 It is clear that, far from improving the situation of Haitian children, Haitian and foreign states have done nothing but obstruct the flow of Haitian children out of abject suffering and into loving arms. These states should not be congratulated merely for making the process of adoption marginally less bureaucratic. State officials have committed serious human-rights violations against hundreds of thousands of children and their willing foreign adopters. These statist crimes against perhaps a half-million or more young Haitians are too grave to be ignored.