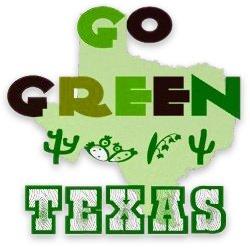 [In April 1993, Murray Rothbard wrote on the Texas water problem, explaining how the government policy was on a disastrous course that could lead to massive drought. That day has finally arrived.]

We all know how the environmentalists, seemingly determined at all costs to save the spotted owl, delivered a crippling blow to the logging industry in the North west. But this slap at the economy may be trivial compared to what might happen to the lovely city of San Antonio, Texas, endangered by the deadly and despotic combination of the environmentalist movement and the federal judiciary.

The sole source of water for the 900,000-resident city, as well as the large surrounding area, is the giant Edwards Aquifer, an underground river or lake (the question is controversial) that spans five counties. Competing for the water, along with San Antonio and the farms and ranches of the area, are two springs, the Comal and the Aquarena on the San Marcos River, which are becoming tourist attractions. In May 1991, the Sierra Club, along with the Guadalupe-Blanco River Authority, which controls the two springs, filed a suit in federal court, invoking the Endangered Species Act. It seems that, in case of a drought, any cessation of water flow to the two springs would endanger four obscure species of vegetables or animals fed by the springs: the Texas blind salamander; Texas wild rice; and two tiny brands of fish: the fountain darter, and the San Marcos gambusia.

On February 1, 1993, federal district judge Lucius Bunton, in Midland, Texas, handed down his ruling in favor of the Sierra Club; in case of drought, no matter the shortage of water hitting San Antonio, there will have to be enough water flowing from the aquifer to the two springs to preserve these four species. Judge Bunton admitted that, in a drought, San Antonio, to obey the ruling, might have to have its water pumped from the aquifer cut by as much as 60 percent. This would clobber both the citizens of San Antonio, and the farmers and ranchers of the area; man would have to suffer, because human beings are always last in line in the environmentalist universe, certainly far below wild rice and the fountain darter.

How did the federal courts horn into the act anyway?

Apparently, if the Edwards Aquifer were ruled a "river," then it would come under the jurisdiction of the Texas Water Commission rather than of the federal courts. But last year, a federal judge in Austin ruled that the aquifer is a "lake," bringing it under federal control.

Environmentalists oppose production and use of natural resources. Federal judges seek to expand federal power. And there is another outfit whose interest in the proceedings needs scrutinizing: the governmental Guadalupe-Blanco River Authority. In addition to the tourist income it wishes to sustain, there is another, hidden and more abundant source of revenue that may be animating the Authority.

This point was raised by Cliff Morton, chairman of the San Antonio Water System. Morton said that he believed that the Authority would, during a drought, direct the increased spring flow into a reservoir, and then sell to beleaguered San Antonio at a high price the water the city would have gotten far more cheaply from the aquifer. Is the Authority capable of such Machiavellian maneuvering? Mr. Morton thinks so. "That's what this is all about," he warned bitterly. "It's not about fountain darters."

Wolff, Jones, and other protesters are calling upon Congress to relax the draconian provisions of the Endangered Species Act, but there seems to be little chance of that in a Clinton-Gore administration.

A longer-run solution, of course, is to privatize the entire system of water and water rights in this country. All resources, indeed all goods and services, are scarce, and they are all subject to competition for their use. That's why there is a system of private property and free-market exchange. If all resources are privatized, they will be allocated to the most important uses by means of a free price system, as the bidders able to satisfy the consumer demands in the most efficient ways are able to outcompete less able bidders for these resources.

Since rivers, aquifers, and water in general, have been largely socialized in this country, the result is a tangled and terribly inefficient web of irrational pricing, massive subsidies, overuse in some areas and underuse in others, and widespread controls and rationing. The entire water system is a mess, and only privatization and free markets can cure it.

In the meanwhile, it would be nice to see the Endangered Species Act modified or even — horrors! — repealed. If the Sierra Club or other environmentalists are anxious to preserve critters of various shapes or sizes, vegetable, animal, or mineral, let them use their own funds and those of their bedazzled donors to buy some land or streams and preserve them.

New York City has recently decided to abolish the good old word "zoo" and substitute the politically correct euphemism "wildlife preservation park." Let the Sierra Club and kindred outfits preserve the species in these parks, instead of spending their funds to control the lives of the American people.

This article originally appeared in the Free Market in April 1993. It is collected in Making Economic Sense.