GET NEWS AND ARTICLES IN YOUR INBOXPrint
A
A
Home | Mises Library | Is Economics Worthless Ideology? 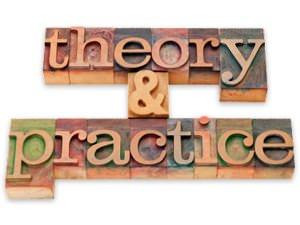 10/31/2011William L. Anderson
In fêting the latest recipients of the Nobel Memorial Prize in Economic Science, Christopher Sims and Thomas Sargent, the New York Times editorializes that somehow this is a "victory" for empiricism over theory. Although the editors don't come right out and attack theory, they make their point clear by declaring that the latest award is a "challenge to politicians who are driven more by ideology than by serious consideration of the real-world consequences of their actions." In other words, any worldview that might be influenced by real-live economic theory that reflects human action must be wrong because Sims and Sargent won the Nobel.

The assertion is ironic, because Sargent and Sims have shown that many government programs (including those supported by the NYT) have failed to have outcomes that the government claimed would occur because human anticipation and subsequent action got in the way. Not surprisingly, many of these failed programs have come about because of the ideology of politicians in the NYT camp, although I doubt that we ever will see an editorial on that subject, as the "Newspaper of Record" never is wrong.

The editorial voices what seems to be the popular opinion about economics, and it reflects what politicians have been saying for years. For example, Franklin D. Roosevelt insisted that economic theory was nothing more than a set of man-made rules:

But while they prate of economic laws, men and women are starving. We must lay hold of the fact that economic laws are not made by nature. They are made by human beings.

In 1976, the socialist US Senator Henry "Scoop" Jackson while running for president was told that his ideas did not pass economic muster. The solution, Jackson replied, was easy: "We'll just create a new economics."

And so it goes. No doubt, each person who made such comments has believed that he was uttering something profound and "practical." Theory, after all, is rigid and doctrinaire; empiricism is pragmatic and it permits people to have flexibility in their thinking, and flexibility supposedly is a virtue, at least when one is discussing economics.

There is irony in all of this, as I never have seen the NYT endorse (or attack) any policy without including an ideological and theoretical component. Take this quote from the NYT's Nobel editorial:

Economics, at its best, is a set of ideas and methods for the improvement of society. It is not, as so often seems the case today, a set of ideological rules for asserting why we cannot face the challenges of stagnation, job loss and widening inequality.

While I had no idea that things like the law of scarcity, and law of opportunity cost, and marginal utility were nothing more than "ideas and methods" as opposed to being bedrock laws of human action, nonetheless one can read the ideology all over the paragraph. A bigger hint comes when the editors trot out what they seem to believe to be their trump card in attacking ideological zeal (or what they identify as ideological zeal in people other than themselves):

The impacts of policy choices can be modeled and discussed, as can the consequences of failing to act. In the current debate about reviving the economy and curbing the budget deficit, however, Republicans have started out by rejecting two important approaches: near-term public spending to spur jobs paired with tax increases to pay for the new programs and, eventually, to reduce the deficit.

It is difficult to explain how the editors can combine what would seem to be two mutually-exclusive tenets of Keynesianism (a set of "theories" that the NYT actually supports), one being the primacy of government spending to boost the economy during a recession, and the simultaneous warning against government's raising taxes during that same recession, but there it is. When one claims to be working without theory, however, everything is possible, even those things that are not.

It is interesting to see that while the NYT denigrates economic theory, nonetheless its most famous columnist Paul Krugman regularly employs the theoretical models of Keynesianism; and while Austrians, such as Murray Rothbard, have believed that the models are full of errors both in regard to their assumptions and conclusions, nonetheless Krugman does work from a theoretical vantage point. Like the NYT editors, however, Krugman is a progressive, and progressives believe instinctively that there can be human progress only when the powers of the state are in advance.

While one might classify such a belief as religious or even cultic, nonetheless it is held by a lot of people who believe that the very intent in the use of state power is what determines its results. Thus, if government spends billions of dollars to prop up "green-energy" firms that would be going bankrupt without the subsidies, government still is "creating jobs" because that was what the framers of that particular policy claimed they were doing from the outset. Likewise, if the state declares itself the arbiter of what foods are healthy (and which are not), then if government declares that a certain food is appropriate to eat, by definition it is healthy food.

Although what I have written might seem to be ridiculous, nonetheless it still is the product of a theoretical construct. The progressive view of the state is that it will employ "experts" who can determine what is in the "public interest" and what is not, and that their very "expertise" is "proof" that their theory of the state and progress is legitimate. (If this seems to be an example of the informal fallacy of begging the question, that is because it is.)

As one reads through the editorial, one realizes that the editors are using ideology to debunk what they see as the ideology of economic theory. Again, such a construct is illogical, but it is important to understand that if one wishes to claim that the logic that underlies economic theory is illegitimate — and one cannot refute sound logic with, well, logic — then the only avenue one can take is ideology. This only can mean that the NYT has an Animal Farm view of ideology, in which ideology supposedly is bad, but some ideologies are good, and especially those ideologies that are based on fallacies and not the ideologies that take logic and economic laws into account.

While it is possible, using statistical tricks, to be able to make claims that would violate economic laws (such as the "study" by David Card and Alan Krueger that increasing minimum wage would increase employment), nonetheless we do see that, over time, economic laws hold and they hold for a very good reason: they are based firmly on those things we can know a priori. For example, there is no way that Card and Krueger could spin their 1994 study into something that could make claims that the last increase in the minimum wage (to more than $7 an hour) has had a positive effect on the employment prospects of black teenagers, which is at a historical low.

Economic theory does explain the effect that big increases in the minimum wage have had on employment of black teenagers and those workers with low skills, and it also explains how price controls create shortages, something we have seen in cities that practice strict rent control, not to mention the various price controls levied by state and local governments following natural disasters. It isn't ideology that leads one to call a shortage a shortage or that leads one versed in economic theory to say that raising minimum wage above market levels will lead to more unemployment. Instead, it is sound theory that is based on logical constructs. Murray N. Rothbard writes,

One cannot blame the editors of the New York Times for wanting an economy in which people can apply their skills and abilities and earn a living. Likewise, one is not faulted for desiring a better life for people who at the present time are wallowing in poverty because of an underperforming economy. However, the only way to have such an economy is for government agents to understand and adhere to the laws of economics, not try to circumvent them with various tricks, as we are presently seeing.

I remember having a discussion (I guess that is what one might call it) with the very progressive chair of our university's political-science department, and I told him that I did not believe that the CAFE standards for automobiles sold in the United States were a good idea. Before I had a chance to explain why I thought that way, he screamed (literally) at me, "You are an ideologue, and ideologues are the source of trouble in this world!"

No doubt, he did not see himself as an ideologue, as he reasoned that if automobiles get better gas mileage, that in itself is a good thing. He could not believe that the overall costs of attaining such mileage goals might be greater than any savings that would be accrued through more fuel efficiency. Furthermore, he assumed that I was objecting to CAFE solely on the basis of a supposed antiquated "free-market ideology" that eschews anything good for a rigid secular theology. So he did what most progressives do when faced with a way of thinking that was contrary to their own: he yelled, screamed, and made accusations.

For more than a century, American progressives have convinced themselves that they could create a world that could circumvent the long-held laws of economics simply by dismissing these laws as illegitimate creations of human beings. Now that the US economy is locked into high unemployment, massive debt, and utter uncertainty, progressives have decided that what is needed is more of the same activity that put us here in the first place.

They define such actions as "pragmatic." I would tend to classify such things as falling into what Einstein labeled as insanity: repeating something over and over and expecting different results. Einstein understood theory, and he also understood that one could not buck theories demonstrated to be true and correctly anticipate results that were apart from what the theory might predict.

Progressives may rail against economic theory, and given their influence in many areas of American life, they may even be able to use their powers to marginalize people in academic and public life who understand how economic theory both explains and limits our choices. (Ron Paul is an excellent example.) They cannot, however, undo the laws of economics any more than they can undo the law of gravity. But that does not keep them from trying, nor does it keep them from blaming others who actually understand economic law when progressive efforts to do things outside of theory inevitably fail.