GET NEWS AND ARTICLES IN YOUR INBOXPrint
A
A
Home | Mises Library | Doubt the Action Axiom? Try to Disprove It

Doubt the Action Axiom? Try to Disprove It 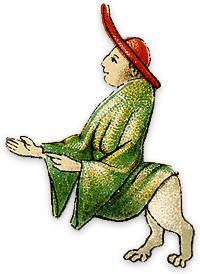 At the core of praxeology lies the incontrovertible proposition that humans act. Action is the purposeful employment of means to achieve ends in accord with the actor's values. The existence of action is axiomatic; the very attempt to deny it will result in its affirmation.

Action as A Priori Synthetic

If one were to merely observe the behavior of humans in the external world, one would not be able to induce the existence of purposive action from it; all one would observe would be certain outward movements of human bodies. Sensory observation of others alone does not allow one to conclude that action exists.

Nor is formal logic sufficient to arrive at a proof that action exists. While it is necessary to reason logically about action to derive praxeological insights from it, there is no set of starting premises from which action can be strictly deduced. Rather, any logical analysis of action already presupposes its existence.

External observation is not necessary to conclude the existence of action, and logical analysis is not sufficient. Nonetheless, any thinking human knows that action exists and that he acts. How can this be? It is so because the fact that humans act is an a priori synthetic proposition. While it cannot be proved from more fundamental starting premises, it can be validated beyond possibility of refutation. Every attempt to refute a fundamental a priori synthetic proposition implicitly confirms its validity. This is so because every attempted refutation is itself a demonstration of the fact being denied. Professor Hans-Hermann Hoppe explains this in his treatise, Economic Science and the Austrian Method:

[T]he proposition that humans act ... fulfills the requirements precisely for a true synthetic a priori proposition. It cannot be denied that this proposition is true, since the denial would have to be categorized as an action — and so the truth of the statement literally cannot be undone.

This also implies that the action axiom is a statement about a fact of reality. Even though an individual might try to deny the axiom, his real behavior attests to its existence. Action is the deliberate employment of means for attaining ends. In this case, the actor's end is the denial of the action axiom. His attempted means is the statement, "Humans do not act." While his endeavor is bound to fail, he still acts so long as he thinks that the means he employs will arrive at the end he seeks.

Non-contradiction is one criterion for true knowledge. No datum of knowledge about reality ought to contradict any other; if it does — at least one of the data must be wrong. If any assertion necessarily entails a contradiction, it is a falsely constructed assertion and ought to be thrown out altogether.

The problem with some types of self-referential statements is not that they are self-referential; rather, their irrelevance to real knowledge lies in their contradictory natures. Consider the case, "This statement is false." If one wishes to express real knowledge with that statement, then one implicitly considers the asserted statement to be true. Thus, stating, "This statement is false" is tantamount to claiming, "This statement, which I contend is true, is false." The contradiction is built into the entire expression — and thus it cannot confer knowledge about anything real. Truth cannot be falsehood.

Every true statement is in part self-referential

Thus, a statement's self-referential nature can do nothing to demonstrate its falsehood; quite the contrary, it is necessary for any statement to be true. The genuine criterion for truth is non-contradiction; the action axiom meets this criterion, whereas its denial does not. Because the action axiom cannot be contradicted, it is irrefutably true. Furthermore, its formulation encompasses facts beyond the statement itself; thus, it is true about actions other than its own assertions.