GET NEWS AND ARTICLES IN YOUR INBOXPrint
A
A
Home | Mises Library | Don't Blame Subprime Lenders! 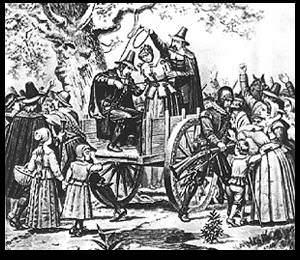 With all the rhetoric about how subprime mortgage lenders have behaved badly and dangerously, few if any well-known writers have pointed out how impossible it becomes to avoid a Fed-induced monetary boom.

After all, hasn't it happened before?

The whole entrepreneurial class is, as it were, in the position of a masterbuilder whose task it is to erect a building out of a limited supply of building materials. If this man overestimates the quantity of the available supply, he drafts a plan for the execution of which the means at his disposal are not sufficient. He oversizes the groundwork and the foundations and only discovers later in the progress of the construction that he lacks the material needed for the completion of the structure. It is obvious that our masterbuilder's fault was not overinvestment, but an inappropriate employment of the means at his disposal. (Human Action, chapter 20, section 6)

Many writers even ignore any attempt at first-cause explanation. For example, some writers characterize the recent mortgage boom as "irrational exuberance."

So why would a businessperson choose to do such a thing once they've seen several business cycles? Because, even though business investors know that the bust will come, it makes no sense to refuse funds while other businesses are using the new funds to compete!

And why doesn't the population at large just refuse to participate? Because Congress has established high transaction costs (capital gains taxes) and legal tender laws that prevent common citizens from the use of alternative assets to replace government money.

As a result, expanding businesses get to use cheap socialized financing. That financing gains its value from diluting existing money. (Money is the ultimate medium of indirect exchange: cash or electronic cash. Money has an immediate exercisable claim to available goods. All other claims are credit no matter how "quickly" they convert to money.)

But the real negatives occur not in the booms and busts, but their additive result over time.

The "system" in effect offers those connected to the Fed's machine an easy way to jump in and out and earn money at the expense of society at large. That process became entrenched in 1914, when bankers established the Federal Reserve as a quid pro quo for creating a near permanent market for Treasury debt.

A smart financier will hire industry veterans, ramp up, and duck out, effectively taking value from the industry and from society at large. Because it can take 10 or 20 years to learn the ins and outs of any particular industry, those actually creating value find themselves the most hurt, as they remain unable to switch industries at the speed of financiers.

That has profound moral and ethical implications about a just and fair society. We need finance professionals who use their knowledge to make long-term correct decisions, not to "jump in and out" (not to mention the other knock-on effects from financing government aggression). Not only can the monetary elite extract wealth from society through political connections (where politicians serve as brokers offering tax funds taken by force), but the elite can extract additional wealth without the voting system at all.

Not only do business people lack the power to reject "funny money," they find themselves in a catch-22. If a business doesn't participate in the boom, it loses its market right now. Might as well throw caution to the wind and get it while the getting's good.

Just how damaging have monetary booms and busts become? Check out ml-implode.com. This situation looks a lot like the history of Internet stocks after the dot-com boom, but multiplied many times over. The United States may be standing at the brink of a catastrophic change in personal wealth for the entire population.

The use of private money would nullify the negative effects of a government-sponsored boom-bust cycle, as insiders could no longer use the method of "socialized financing." Holders could immediately reject additional money if they did not feel comfortable with its "backing."

In addition, many other qualities of private money would benefit society. For example, two schools of thought disagree regarding the use of fractional-reserve banking. One school says banks engaging in fractional-reserve lending commit fraud because all depositors cannot redeem their "immediately available" funds. Another view argues that depositors know the risks (or perhaps the bank discloses those risks) and the depositors may have to endure a mark-to-market of the assets rather than receive their deposits at par.

In a private money market, that disagreement doesn't need resolution. Those comfortable with the mark-to-market risk can place deposits or use money issued from institutions that engage in practices that best fit their style. Private money also would provide the greatest lubricant to commerce by minimizing transaction costs while enhancing the long-term profit of the issuer — whether that means gently decreasing prices, slightly increasing prices, stable prices, fractional-reserve banking (or not), issuance for new businesses, money backed by a "commodity basket," or some combination not yet thought of.

The market chose the ultimate private money, gold and silver, for these reasons: it seems very unlikely that gold or silver will become valueless, and no entity had monopoly control over the issuance. However, neither gold nor silver is money now because neither provides settlement for indirect exchange. (The authorities forced US citizens off gold during the 1929 depression and the 1970s inflation.)

Just watching the real monopolists squirm when confronted with private money would bring great satisfaction. And for a real treat: when inflationary financing of government disappears, suddenly the capital destruction caused by deferring the cost of "government services" would become untenable and perhaps force political change. We might not have to pay three times over, or more, for decent schooling for our kids, and we would feel more comfortable knowing those kids won't spend their lives paying for accumulated government debt.

In sum, it proves quite easy to refute all sorts of professorial nonsense (recently and before about how the "Austrian Business Cycle" doesn't describe the real world). Not only has it described the real world, but only Austrians have a cure for the problem.