Doing Your Own Thing 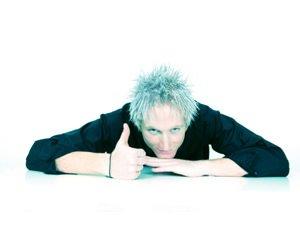 01/17/2012Ben O'Neill
"None are more hopelessly enslaved than those who falsely believe they are free."
Johann Wolfgang von Goethe

The idea of a society where people are free to "do their own thing" is an appealing one. It is implicit in the slogan "live and let live," which has been adopted by many libertarian groups, and it is also an idea that was central to the Marxist idea of liberation from the alienation of labor under capitalism (which is merely a natural result of the division of labor).1

This fuzzy notion, roughly understood, has been a central pillar of many opposing ideological visions of society for many centuries, and has often received explicit recognition, in some form, in political ideologies appearing since the advent of classical liberalism. Various competing political ideologies have crafted their advocacy in terms of their desire to see people being able to live as they please, even when they have had radically different notions of what this would entail.

For the advocates of redistributive policies and antidiscrimination policies the answer is clear: the freedom to "do your own thing" entitles a person to the resources to support them, and immunity from criticism for their chosen lifestyle — it is just their own thing after all! This is precisely the vision of the modern moral-relativist welfare state. This is what the advocates of redistributive and antidiscrimination policies have in mind when they hide behind this innocuous phrase. How dare you refuse to contribute your earnings to others who are just trying to do their own thing? How dare you deign to criticize the actions of other people, or discriminate against them — don't you realize that they are just doing their own thing?

In a truly free society, people would be free, not from adverse judgments by others or from the consequences of their own actions, but from the initiation of force by others.2 They would be free to use their own property as they see fit, so long as their actions do not violate the rights of others. In such a society, people would be free to engage in all manner of alternative lifestyles — from heavy drug use to polygamy, nudism, or communitarian living — but they would not be allowed to force others to contribute to their chosen lifestyle or shield them from the consequences of their actions. They would not be allowed to forcibly restrain others from criticizing their ideas, peacefully condemning their actions, or discriminating against them. And in return, they could not be forced to contribute to their own detractors, to fund their own suppression or demonization, or deal with those who dislike them. They would, in short, be free to do "their own thing" and bear the consequences themselves.

This line of thought has sometimes been expressed by making a distinction between so-called negative and positive liberty. The former is the liberty afforded by freedom from violence by others, while the latter is the liberty afforded by the possession of resources, and assistance of others. The view that the freedom to "do your own thing" entails the right to be insulated from adverse consequences by the efforts of others or be immune to adverse judgment by others is an expression of the idea that negative liberty should be sacrificed to positive liberty — which means that freedom from violence should be sacrificed to the desire for freedom from reality.3

Not all attempts to suppress liberty are done with a view to assisting people to do their own thing. Prohibition is often adopted precisely with a view to preventing certain lifestyles that are regarded as being destructive. After all, this notion of allowing others to "do their own thing" grates against the sensibilities of people who look to the government as a means of promoting virtue and warding off vice. Some are inclined to look at people who act irresponsibly and believe that it is the role of the government to coercively remold them into good citizens — to do this precisely by forcibly preventing them from doing their own thing. But these very people engage in the most despicable vice of all when they augment their disapproval of others' (nonviolent) actions with campaigns of coercion against them. In the words of John Galt,

Whatever may be open to disagreement, there is one act of evil that may not, the act that no man may commit against others and no man may sanction or forgive. So long as men desire to live together, no man may initiate — do you hear me? no man may start — the use of physical force against others.4

In fact, the most conducive atmosphere for cultivating moral virtue is a society where people are free to make their own choices and then bear the natural consequences of their own actions. This allows for proper adaptation to reality, and the inculcation of good character. Prohibition and forced subsidization of lifestyle choices are the two flush buttons on the toilet of social decline — both of these wipe out civilized society by preventing the natural process of our life choices from running their proper course. At half-flush we prohibit a voluntary action that we believe to be destructive, with the result that we prevent it from being tested against reality. At full flush we subsidize others so that they may continue to act destructively and shift the consequences onto others. Both of these approaches retard the development of good habits and character and both are inimical to a virtuous society.

People who want to have the freedom to "do their own thing" should not tolerate legal prohibitions on their chosen lifestyles (so long as these lifestyles do not involve violence against others). But they must also bear in mind that true freedom includes the freedom of others to refuse to deal with them, to make adverse judgments of their actions or ideas, to discriminate against them, and even to dislike or despise them. Unless and until this kind of freedom is widely accepted, no one will genuinely be free to do his own thing.