GET NEWS AND ARTICLES IN YOUR INBOXPrint
A
A
Home | Mises Library | Does Favoring Free Enterprise Mean Favoring "Business"? 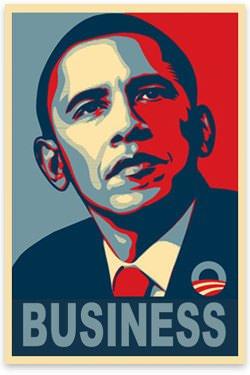 The story goes like this. A Democratic administration with lefty ideas gets elected, pushes hard for a series of goofy reforms like protosocialized medicine, which prompts a backlash and thereby a rethinking among the rulers, who then tack to the right and become "centrist" by praising the great contribution that the business sector makes to American life.

Most of these grandiose shifts — Obama is going through one now — are illusory and pointless, like slapping a new color of paint on a car that is traveling in one direction in order to fool people into believing that it is a different car going in a different direction.

But what interests me most here is the rhetoric and the way the Left uses it. They imagine that they got themselves in trouble by being seen as too progovernment and not sufficiently in favor of "business" as they understand that term. And so then comes the change when they discover phrases like "private sector" and even words like "capitalism."

It's all superficial, and these shifts suggest that the Left accepts a caricature of capitalism: the belief that it is the system that favors the largest and most established capital owners in society. So when things start to go wrong with a socialist agenda, they reach out to the corporate kingpins in the name of becoming friendly to free enterprise.

Look at Obama's pathetic attempt to reach out to business. The administration claims it is reviewing government regulations to find those for which the cost outruns the benefits. Well, we could make some progress here by turning the Departments of Energy, Education, and Labor into sports arenas, but that's not what the administration has in mind. Instead, you are to go to Regulations.gov and comment, if you can figure it out. I bumped into one rant that seems typical — some giant racket about home-energy upgrades — but no doubt that this site is more safety valve than work order.

Obama also has some new thing he established in the White House called the Council on Jobs and Competitiveness, and this is supposed to represent his new centrism. And who is to head it? Not the owner of Cupcake Kitchen down the street in my neighborhood but rather Jeff Immelt, the CEO of General Electric, of all people. And this is supposed to signal some kind of new turn for the administration.

Obama's advisers imagine that his image has become tainted with the impression that he is too much in favor of big government — hmm, where did that come from? — and so now is the time to do the Clinton thing and triangulate by being probusiness, and hence this new council and new appointment.

Yes, it is a hoax on many, many levels. The first great error here is the mental habit that many have of thinking that big government and big business are somehow at odds. The whole of American history from the beginning to the present suggests precisely the opposite. From Alexander Hamilton to Goldman Sachs, a careful look at the history shows that there has been no major expansion of government that some sector of big business hasn't backed with pressure and funding.

Who won from the mercantilism of the 19th century? Who came out ahead in the war socialism of Woodrow Wilson? Who was the major power behind the economic regimentation of the New Deal? What sectors of American life made out like bandits during World War II and the Cold War and the regulation of medical care and the American workplace in the 1960s and 1970s? Without exception, the corporate elite were behind every push for expanding the leviathan state.

The 19th-century history here has been carefully documented by Thomas DiLorenzo. Murray Rothbard has revealed the role of business in World War I. The postwar period through the New Deal is documented by Butler Shaffer in his great book In Restraint of Trade. The New Deal racket received a thorough exposé with John T. Flynn. The Cold War and after are shown to be radically probusiness in For a New Liberty, as well as Robert Higgs's excellent works. And this is just the US case: it's been true in every country where free competition was overtaken by state interventions.

There are several pieces of the puzzle one must understand to see why this is so. The largest companies have a strong interest in crushing upstarts any way they can. In a free market, they do this through better products at better prices. But that's a hard-knock life. The struggle to stay on top in this rat race consumes all energies. Profits are always threatened in unexpected ways. Market share is never really secure. The capitalist in this system feels like a slave to consumers, and there is always another entrepreneur out there with a better idea to market. Not even gigantic companies can be sure that they can hold on.

In a mixed economy, the government itself becomes an occasion of sin. Capitalists are all-too-happy to jump out of the rat race and reach for the levers of power. And to do what? To grant favors, privileges, security, protection against failure, and, crucially, to stultify competition by imposing business costs they have already absorbed onto their less-lucrative competitors.

This is how the minimum wage and healthcare mandates and every manner of regulations come to be imposed on the entire business sector: it is a tactical move by the dominant players. It is the same with the regulatory agencies, who hardly make a move without pressure and consultation from business interests.

Antitrust is the classic case (protecting big business against competition) but it is true with labor mandates, health mandates, environmental mandates, and everything else. It's true with patents, great inflations, higher taxes, mandated workplace benefits, consumer-product regulations, and everything else. They are all mechanisms to cartelize the market on behalf of the biggest players, while the rhetoric about the small guy is just the political excuse.

A book that absolutely blew me away was written by Ludwig Erhard, the great, Misesian-influenced reformer of the postwar German economy, a passionate opponent of the interventionist state and a man who deserves nearly all the credit for the so-called miracle experienced by Germany after the war. The book is a patient-but-compelling argument in favor of free competition and a plea to move away from wartime cartelization, from which the German business sector benefited mightily. The book is outstanding on its own terms, but much more interesting is the intended audience: not consumers, not intellectuals, not voters, but business itself, for Erhard knew what so many others seemed not to know, namely, that the business sector is among the least likely to favor the free market. It was this sector more than any other that needed to hear the message.

And this becomes transparently obvious in the case of General Electric, which is as intertwined with the government as the East India Company was in its day. Mr. Immelt himself is a good case in point: not an advocate of free enterprise but rather an enthusiastic champion of regulation, green-energy subsidies, high regulatory barriers in energy, not free trade but export-driven trade, and a loud proponent of regimentation in general insofar as interventions end up benefiting his company. This guy finds a very happy home in the halls of power, pushing for all kinds of policies that the state will love.

But back to Obama's new "centrism." What puzzles me is that left-wing triangulation of this sort could possibly fool anyone. The idealistic Left is undoubtedly upset with Obama's new turn, but are these people really naïve enough to believe that there is such as thing as a big government that is somehow untainted by the backing of big business? As for the chamber-of-commerce Republicans, can they really be fooled into believing that such moves amount to a new friendliness on the part of Obama to the interests of the private sector?

Mises wrote in his inspiring book Liberalism (still the bible of liberty after all these years) that freedom is not about being in favor of the business sector; often the business sector is the strongest and most well-heeled opponent of freedom.

Did we not learn this during the succession of Bush/Obama bailouts, all designed to privatize the gains of big business and socialize its losses? These bailouts had nothing whatever to do with macroeconomic stabilization or with the general interest of society; they were all about looting society to favor large banks and corporations like General Motors and AIG, protecting the state's friends from the wiles of market change.

Mises goes on to speak of the tragedy of liberalism. As a doctrine, it is not favored by any single special interest and certainly no single political party. It is nonetheless in the interest of the whole society over the long term; indeed, it is the wellspring of civilization. It is for this reason that Mises believed that liberalism needs dedicated champions in all walks of life. Otherwise we end up with endless cycles of phony change such as we observe by looking at the whole history of presidents after midterm elections.