GET NEWS AND ARTICLES IN YOUR INBOXPrint
A
A
Home | Mises Library | "Do You Austrians Have a Better Idea?"

"Do You Austrians Have a Better Idea?" 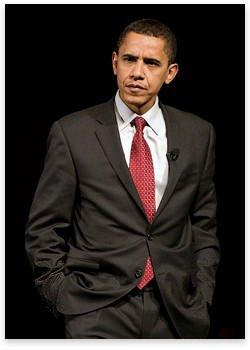 02/02/2009Robert P. Murphy
A lot of people get annoyed with Austrian economists because they tend to be so dogmatic (we prefer the term consistent) and because they cloak their strictly economic claims with self-righteousness (we prefer the term morality). After a good Austrian bashing of the latest call to steal taxpayer money and waste it on something that will make a given problem worse, the stumped critics will often shout, "Oh yeah? Well do you guys have a better idea?"

Now, in truth, someone doesn't have to have a better suggestion in order to point out that a recommended strategy will exacerbate the situation. If an allergic man has been stung by a bee, I don't know what to do except rush him to the hospital and maybe scour the cupboards looking for Benadryl. But I'm pretty sure drawing blood from his leg, in order to inject it into his arm and thus "stimulate his immune system," is a bad idea on numerous accounts — not least of which, is that I'm pretty sure an allergic reaction means your immune system needs to calm down. But the point is, if a bunch of guys hold the man down — he has to be forced to endure the procedure for his own good, don't you know — I feel perfectly qualified in yelling, "Stop!"

If you grasped that analogy, you can understand my feelings about anything Paul Krugman writes.

(All joking aside, I am pretty proud of the above analogy. But to make it even more accurate, let’s stipulate that a blind heroin addict, who has been convicted of manslaughter on three separate occasions, is the one entrusted with making the transfusion. Naturally he will use one of his own needles for the procedure.)

An Austrian Recommendation for President Obama

In one sense, the critics are right when they ask, "Oh, so we should just sit back and do nothing and let the market fix itself?" Yes, that would be a perfectly good idea. The whole reason we are in a recession in the first place is that the capital structure of the economy had become unsustainable due to the Fed's massive credit expansion following the dot-com bust and 9/11 attacks. Resources — most notably, labor — are currently idle, because the economy needs to readjust. Overextended lines such as housing and finance need to shrink, while others need to expand. (And no, I don't know what those understaffed lines are; that's why we have a price system.) Because Americans lived beyond their means for so many years, they now need to live below their means, consuming less while they rebuild their checking accounts and portfolios.

Given the diagnosis, we can be sure that efforts to borrow and spend our way back into prosperity, or massive bailouts of the banks and homeowners, are only pumping air into a flat tire with a gaping hole. And Bernanke's unbelievable injections of new funny money into the credit markets will only ensure that those failed institutions remain afloat, paralyzing true recovery in the loan market, and risking very large price inflation if Bernanke does not soon reverse course.

However, even though "nothing" would be much, much better than all of the alleged remedies being bandied about, the Austrians actually do have concrete proposals for President Obama. The following list includes items that I would have endorsed even before the crisis, but inasmuch as they would definitely help things, I offer them with sincerity to the new administration.

One last caveat: I know there are many purists who read the Mises Daily, and will be aghast at my watered-down recommendations. Yes, yes, I agree that the best thing would be for Obama, Pelosi, Reid, and all my friends to say, "You know, if you look at the history of this company, it always ends up wasting money and getting innocent people killed. I think we should just quit and go volunteer at a church instead."

But, if I said that as an Austrian recommendation, it would be dismissed as "unserious," a very grave charge indeed. Thus, the following list of recommendations are not politically impossible, just exceedingly unlikely:

Now, where to start cutting?

The above steps are incomplete, and I'm sure many readers will email me with snags in them. Fair enough. But I am confident that the above would make a heck of a lot more sense than letting blind heroin addicts borrow an extra trillion dollars to "stimulate" the economy.