Discretion is the New Rule 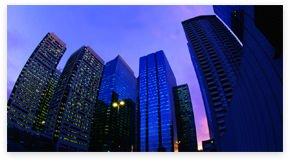 Investors in the international bond markets appear to be extremely confident about the outlook for inflation, expecting the loss of purchasing power of money to be low in the coming years. In fact, investors seem to view central banks' promises to deliver low inflation as extremely credible, as indicated by inflation-linked bond prices.

In view of the historical experience with the government controlled paper money standard, however, one might be inclined to say that investors may have become victims of "excess confidence."

In the United States, for example, inflation expectations embedded in government bonds (as measured by so-called "break-even" inflation) with maturities of between 10 and 25 years are trading at around 2.5% p.a., a level of consumer price inflation that is widely believed to correspond to the US Federal Reserve's mandate of preserving the value of the US dollar (see graph Figure 1 (a)).[i]

Currently, euro area inflation expectations are only slightly above 2.0% p.a., which is close to the European Central Bank's (ECB) definition of price stability (see Figure 1 (b)); the ECB has explicitly defined price stability as consumer price inflation that is below, but close to, 2.0% p.a. over the medium term. While yields on Japanese 10 year government bonds incorporate inflation expectations of around 0.8% p.a. (see Figure 1 (c)).

Current expectations for low inflation in the major financial markets are all the more remarkable given that in the last few years actual inflation has been, on average, above expectations. Nonetheless, inflation expectations have remained relatively close to central banks' inflation promises. Despite the disappointment, investors kept their confidence that for remaining bond maturities inflation will be in line with central banks' targets.

What makes investors so confident that central banks will meet their inflation targets, particularly in a world where all major currencies represent irredeemable paper, or fiat money? As Milton Friedman puts it: "[T]he world is now engaged in a great experiment to see whether it can fashion a different anchor, one that depends on government restraint rather than on the costs of acquiring a physical commodity."

There should be little doubt about the fact that a government-controlled paper has been a rather unsuccessful story when it comes to preserving sound money. However, it is now widely believed that there are two methods of preserving purchasing power of government-controlled money. Firstly, by keeping central banks politically independent, governments shall be prevented from printing money in an effort to prompt short-term growth and employment gains, only to be paid for by high costs of inflation in later periods.

The second ingredient is assigning a mandate to central banks — in many cases enshrined in countries' central bank constitutions — to preserve the purchasing power of money. But would these two institutional measures guarantee sound money, which is required for a free market economy, or is there a missing ingredient?

Unfortunately, there is. When looking at the latest developments it becomes clear that today's monetary policies no longer consider limiting money and credit supply expansion a priority. This, in turn, is increasingly undermining the very foundation that can be held responsible for declining consumer price inflation in the last decades — thereby actually eroding the rationale for putting trust in central banks' low inflation promise.

To start with, the painful experience with government controlled paper money following the abandonment of the gold standard — when inflation in many countries skyrocketed from the late 1960s to the early 1980s — did not encourage countries to return to a system linking money to a physical commodity (for a history of inflation, see Figure (2)). However, the high social costs of inflation have at least encouraged measures to grant political independence to central banks.

Equally important has been the acceptance of Milton Friedman's famous dictum: "inflation is always and everywhere a monetary phenomenon." Many economists also recognized, or rather rediscovered, that inflation is the direct result of central banks' policies given that they have the monopoly of money supply. As a result, many central banks started to gear their monetary policies towards limiting money and credit supply growth in the late 1970s and 1980s.

At the same time, such a policy did de facto reduce central banks' scope for discretionary policies. By limiting money and credit supply growth, the risks for eroding the value of money through monetary policy mistakes were reduced. Overall, monetary policies became somewhat more "rule based" rather than discretionary.

The de facto return to "monetary policy without money" began in the early 1990s, when various central banks abandoned monetary aggregates as indicators for setting interest rates. Many central bankers and economists argued that the "demand for money" had become unstable, at least in the short-term, and, as a result, money supply could no longer be used as a yardstick for setting monetary policy. This argument was, and still is, considered all the more powerful given that policy makers decided to make decisions about interest rates every few weeks.

However, money supply indicators have not been replaced with anything. In fact, central banks' political independence and their legal mandates to maintain the purchasing power of the currency are now broadly believed to be enough to keep inflation moderate.

So-called "inflation targeting" (IT) has become the concept of the day ("policy of best practice"). Central banks that follow IT tend to take action when and if their inflation forecasts deviate from the desired inflation level: they would raise (lower) their official interest rates when future inflation is expected to rise (decline) relative to desired inflation. However, IT policies should inspire rather little confidence.

In most cases inflation forecasts are "self-made" variables, they do not represent an external anchor for monetary policy, but are dependent on the full discretion of central banks; in practice, IT is discretionary rather than rule-based monetary policy.

It is no longer properly recognized that discretion will necessarily entail human error, and that the greater the degree of discretion is, the greater will presumably be the severity of potential errors. In fact, the hope that desired objectives can be met through deliberate and careful policy making by experts clearly seems to be outweighing concerns that the cost of policy mistakes under a system of unfettered money supply might become prohibitively high.

Rather little is known about what an unfettered paper money standard might do to a free market system. Admittedly, it is well known that inflation emerges if too much money is chasing too few goods, and that inflation is negative for growth and employment. However, do policy makers know what their ad hoc actions delivered today might do to future societal conditions and, as a direct result thereof, what central banks will be required to do in the future?

Under a discretionary, that is unfettered, monetary policy, the process causing trouble down the road appears to unfold as follows: money and credit supply that can be adjusted at any time at the discretion of policy makers is most likely to result in public pressure to keep interest rates low — a policy supported by mainstream economics which suggests that a low, or artificially reduced, rate of interest policy is conducive to growth and employment.

If central banks no longer have an exogenous anchor for determining money supply, the monetary authorities will eventually succumb to public demands and seek to increase the money supply at the lowest possible cost. This may either lead to higher consumer or asset price inflation immediately, or it may increase firms, private households and governments' real debt burdens. The latter can be expected, to lead, sooner or later, to a serious questioning of the benefits of having sound money policy. In this context, the ongoing rise in many countries' government debt-to-GDP ratios is perhaps the most immediate danger to stable money (see Figure 3).

Other things being equal, rising government debt relative to output increases taxpayers' interest rate burdens. In the first stage, an increasing unwillingness and/or inability to service outstanding debt will inevitably put pressure on the central bank to lower interest rates to reduce borrowing costs. In the second stage, it must be feared, the consensus for having sound money suffers, paving the way for a policy seeking the debasing of the currency. As things stand, in most countries there are no institutional restrictions in place to prevent a continued build-up of government debt — a development that bodes badly for the outlook for future inflation.

Discretionary central banking — using the words of Ludwig von Mises — "to remedy a present ill by sowing the seeds of much greater ill for the future" has become the widely accepted practice in monetary affairs. The unwillingness to keep money and credit supply expansion in line with output gains represents a serious risk to the principle of sound money, even though current consumer price inflation is relatively low.

Current low inflation expectations appear to reflect a recent experience — namely the finding that in most industrialized countries consumer price inflation has been brought down in the last decades. However, the policies used to lower inflation are no longer fully in place. If one does not have strong confidence in the outlook that major changes in the handling of the government money system will be made — namely a return to restricting money and credit expansion and governments refraining from building up debt any further — one may well conclude that today's investor inflation expectations reflect a great deal of "excess confidence."

Thorsten Polleit is Honorary Professor at HfB — Business School of Finance & Management, Frankfurt. Send him mail. Comment on the blog.

[i] For an explanation of the contents of inflation-index bonds see, for instance, Sack, B. (2000), Deriving Inflation Expectations from Nominal and Inflation-Indexed Treasury Yields, in: Journal of Fixed Income 10, No. 2, September, pp. 1 — 12; also Emmons, W. R. (2000), The Information Content of Treasury-Index Securities, Federal Reserve Bank of St. Louis, November/December, pp. 25 — 38.