GET NEWS AND ARTICLES IN YOUR INBOXPrint
A
A
Home | Mises Library | Depression, War, and Cold War 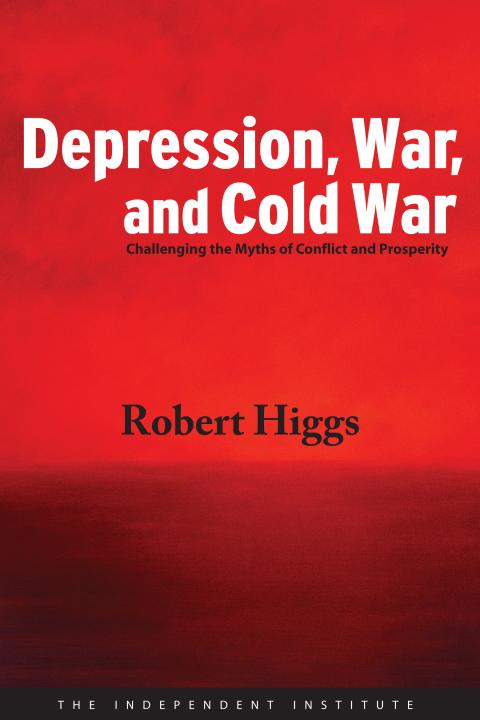 If you have ever wondered how much of the official story of the last fifty years is correct, Higgs makes it clear: your worst suspicions are correct. The official statistics are little more than fiction. The level of corruption in the warfare state is egregious. The liberty and property taken from you in the name of "security" is just as objectionable as that taken in the name of "social welfare."

Higgs is the pioneer of the idea of the "Military-Industrial-Congressional Complex" or MICC, a variation on a theme that is more precise than the one first advanced by General Eisenhower. He shows how the executive and legislative branches work together to enrich favored corporations and keep the public whipped up in a state of frenzy.

This is not the free market at work. And unlike many neoclassical economists, who are willing to overlook interventions provided that they benefit private companies, Higgs sees that transfers payments of all sorts, no matter who the winners are, ultimately cost society very heavily. Many trillions have been transferred into oblivion, and the nation has suffered as a result.