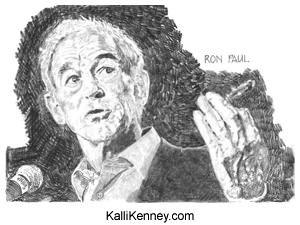 In Marco Polo's great book of travels, he talks about a coin called the bezant circulating in Kublai Khan's Mongol Chinese empire. The emperor, like the vast majority of politicians, found the lure of paper money irresistible. In his case, however, it was money printed on pieces of mulberry tree bark. The same disastrous effects, seen everywhere else in history, followed. Prices increased, and the gold bezant took on increasing importance for the people as the government debauched the irredeemable fiat currency. Abuse of paper money helped lead, notes Antony Sutton, to the expulsion of the Mongol dynasty from China. Government demands that the people accept printed mulberry bark as equivalent to metallic money had no effect.

The bezant, however, was minted not by the Chinese, but by the Byzantine Empire. For ten centuries Byzantine coins were accepted all over the world, and Byzantium dominated trade for thousands of miles in every direction from Constantinople. Even the royal accounts of medieval England, says Dr. Sutton, were kept in bezants. The Byzantine Empire only declined when it debased the bezant, adding more cheap alloys and removing gold.

In more recent times, to finance our Revolutionary War, the Continental Congress issued paper money in great quantities. Over a period of about four and a half years, the Continental currency fell from a value of one paper dollar per one gold dollar, to about 1,000 to one.

William Gouge, writing in 1833, quotes one member of the Continental Congress: "Do you think, gentlemen, that I will consent to load my constituents with taxes, when we can send to our printer, and get a wagon load of money, (25 sheets) of which will pay for the whole?"

Most of the burden, Mr. Gouge notes, fell on the patriots, "as it was in their hands the paper depreciated. The Tories, who had from the beginning no confidence in it, made it a rule to part with it as soon as possible."

Those who trusted the Congress were destroyed; the cynics were not. As a result of this paper-money inflation, wrote one of our earliest economists, Pelatiah Webster,

frauds, cheats, and gross dishonesty are introduced, and a thousand idle ways of living attempted in the room of honest industry; economy, and diligence, which have heretofore enriched and blessed the country

While we rejoice in the riches and strengths of our country, we have reason to lament with tears of the deepest regret, the most pernicious shifts of property which the irregularities of our finances introduced, and the many of thousands of fortunes which were ruined by it; the generous, patriotic spirits suffered the injury: the idle and avaricious derived benefit from said confusion.

This article is excerpted from Gold, Peace, and Prosperity (1981).