In Defense of the Shadow Scholar 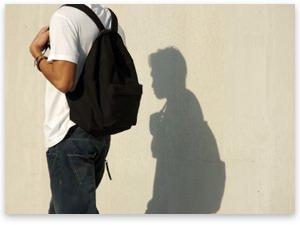 If you have the right skills, ghostwriting term papers is one of the most financially rewarding jobs an undergraduate can have. These shadow scholars can write anything from your basic term paper to a doctoral thesis. Build enough of a client base, and you can easily earn $250 per week, working no more than two or three hours per day. This is more than what a part-time job would pay at minimum wage.

The industry is so profitable that some even make it a full-time job. Professional writers who work for dedicated writing companies can make much, much more. The job enjoys a great deal of (apparently recession-proof) security, because there is never a shortage of demand.

By college most students have already decided what their interests are, and most simply dislike writing (or are bad at it). The best solution to their problem of being forced to take part in something they dislike is to pay someone else to do it for them. It is no different from paying a mechanic to change your oil or hiring a plumber to unclog the kitchen pipes: the opportunity cost is simply too high to do it yourself.

But ghost writers who target undergraduate customers are constantly criticized as being unethical, and there is also the branding that the paying student receives: cheater or plagiarizer. Buying and selling essays is very much a black market, and becoming part of that market carries a fair load of risk. Turning in an essay written by another person can be cause for expulsion. But, like other prohibitions, university policy regarding shadow scholarship has not been very successful at containing the budding business.

The problem, though, is not with the student. The draconian anti-"cheating" policy, at least in regards to shadow scholarship, enforced by most universities is a consequence of a much broader, fundamental problem in the current education system: Quite simply, many professors and most administrators have forgotten the purpose of college. As it stands, our higher education system is a voluntary low-security prison of sorts, where a collection of bureaucrats arbitrarily decides what is best for the student. But, this is not the true and original purpose of the university.

In economics, the concept of "human capital" refers to the productivity of the individual at the work place. Because more productive jobs tend to require more skills, acquiring these skills improves on, or increases, one's human capital.

For example, learning how to weld in order to find employment in relevant industries is considered improving on human capital. The same is true of people who attend college. The reason an individual may attend a university is to acquire intellectual skills and informational background for the purpose of finding an otherwise unattainable job in the relevant field.

The current system totally distorts this purpose. The theory behind public education is that a more educated population is a more productive population. Universities are a taxpayer-subsidized venture to increase human capital. Because our government still cannot actually force us to go to college, it finds loopholes, such as heavily subsidizing both the institutions and the students. In other words, government has effectively monopolized the industry and artificially lowered the price of its services (by covering the difference between present price and market price) as a means of increasing the quantity demanded.

This has led, not only to an oversupply of individuals with paper degrees, but also to a steady downward spiral in the quality of the service. The student now has a fraction of the choices he once may have had, because the services he receives are not influenced by his preferences and valuations. Curricula, more often than not, are decided by boards and administrative groups who simply dictate what is to be taught. So the skills that someone may acquire as a university student are determined, not actually by the individual, but instead by someone else, who has absolutely no idea about the goals and objectives of that individual.

Of course, the central planning of the curricula is only one of many problems that mar the education system. University administrators, staff, and politicians have become so detached from reality that the objective is no longer to increase human capital. Most of these people do not even know what human capital is. The bureaucracy is so large that there is no longer an obvious and clear purpose.

As a result, the quality of the education has suffered. We have reached the point where the new goal is simply to graduate as many people as possible by watering down the requirements. This program is obviously contradictory; it simply means that these students are being taught less just for the sake of awarding them a piece of paper. Essentially, that piece of paper claims that its owner possesses certain talents, knowledge, and skills that were actually never taught.

Students graduate from college oftentimes just as knowledgeable (or as ignorant) as they went in, and all too often are forced to go to secondary schools to learn actually applicable skills. It is common to graduate from college, go to a technical school, and then get a job in an industry completely unrelated to your original field of study. What other choice do you really have when you graduate in "the classics," or "political science"? Those who excel in these fields do so only because they invest their own time into teaching themselves. Even then, the demand for most of these particular skills is generally less than the supply.

The problems that beset the higher education system stem from bureaucrats placing the cart before the horse. They saw a correlation between higher productivity and an increasing degree of human capital. What they failed to come to terms with is the causality of the relationship. Higher human capital does not create more productive jobs. You can train as many engineers as you want, but if you train 1,000 engineers for 500 positions, then you will have a surplus of engineers, and that surplus will have to do something else for a living.

Present curricula are designed to provide students an education that central planners think is best for the individual and society as a whole. That is not how the world works. You cannot expect a positive outcome when you train people for jobs that do not exist. You can only expect to have wasted four or five years (and sometimes more) of those individuals' lives.

If they do put their educations to good use, it is only due to their entrepreneurial spirit and their own creativity, but they still lose what they could have otherwise accomplished had they been able to choose what skills were more pertinent to them.

"It is not the student or the writer who should be expelled from the university but the administrator who is so hell-bent on wasting the student's time."

How does all of this relate to the shadow scholar? The ghostwriting black market is a slice of spontaneous order that has arisen from the need to circumvent the inefficiencies of the public-education system. Colleges force their students to attend a series of English and writing classes in the vain hope of giving them the tools necessary to become better writers (and this is also the purpose behind essay writing in other, more specialized classes as well). It is as if they expect that all political scientists, or physical therapists even, will one day write research papers.

How many politicians write their speeches? Probably close to none. Certainly, no modern president has.

People are not going to become better writers because some bureaucrat wants them to. People do what brings them greater satisfaction. For most, writing is not particularly satisfying. When an institution forces people to do things they do not want to do, these individuals are going to find ways of circumventing the inconvenience. To this end, students pay others to write essays for them. Shadow scholarship, in this sense, is nothing more than a service provided to students who are looking to reduce the inefficiencies of their state-dictated education.

An individual's future should not be in the hands of a group of pencil pushers. As it stands today, the four or more years a student spends at an institution of higher learning are generally wasted. This is because the student's ability to choose what is best for him has effectively been cut short.

Instead, his education is basically chosen for him, leaving the individual with prepackaged alternatives known as "majors." There is little incentive to learn "outside the box" by taking classes in other majors that still may be relevant to yours — such as economics for a political-science major — because the piece of paper you earn, your degree, does not reflect anything outside the prepackaged learning programs.

Shadow scholarship is not unethical. If anything, what is unethical is our education system. It is not the student or the writer who should be expelled from the university but the administrator who is so hell-bent on wasting the student's time with tasks that hold no value to that student. The student is only using the tools at his disposal to focus his energy on attaining the skills most relevant to him.

Rather than so eagerly prohibiting ghostwriting, bureaucrats should be keener on finding the root of the problem. Then again, how many people are willing to admit that they themselves are the problem?