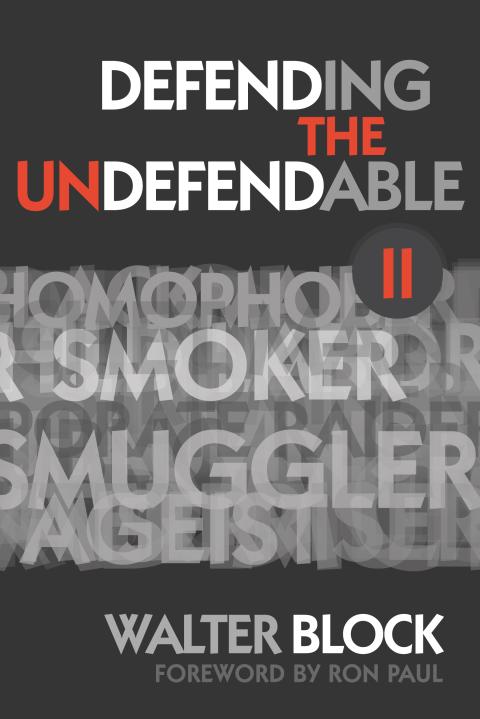 Walter Block has assembled thirty chapters defending behavior that is probably offensive to most Americans, such as dwarf tossing and stereotyping, and many that are downright illegal, such as dueling and smuggling. Plus, he's provided us with humorous cartoons at the end of many chapters. The bottom line message in Freedom in All Realms: Defending the Undefendable is that the true test of our commitment to personal liberty doesn't come when we permit others to engage in those peaceable, voluntary acts with which we agree. It comes when we permit others to engage in peaceable, voluntary acts we find offensive. (Walter E. Williams)