The Danger of the Debt Trap 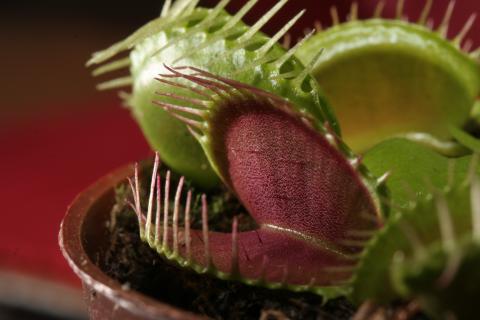 In the preface of The Theory of Money and Credit, Ludwig von Mises wrote: "No very deep knowledge of economics is usually needed for grasping the immediate effects of a measure; but the task of economics is to foretell the remoter effects, and so to allow us to avoid such acts as attempts to remedy a present ill by sowing the seeds of a much greater ill for the future."1 A closer examination of the current international monetary scene reveals that the same fundamental issue raised by Mises is being contested again.

The economic crisis, which began in the latter part of summer 2000, has given way to a cyclical upswing in the major western industrialised countries.2 Monetary policy, however, has kept short-term interest rates at crisis levels. Despite the US Federal Reserve increasing interest rates six times in a row, the bank's policy is still very expansionary, as evidenced by real short-term interest rates remaining in negative territory (see Figure 1 (a)). Therefore, it is no wonder that money and credit expansion in the US has remained rather buoyant. Concurrently, the short-term interest rates of the European Central Bank have remained at their lowest levels, both in nominal and real terms, for more than two decades, and matching the Bank of Japan's short-term rate level in real terms.

(b) "Global liquidity" and "global nominal output" growth in percent 2)

2) "Global nominal GDP" was calculated as the aggregate nominal GDP of the US, the euro area, Japan, UK and Canada. "Global liquidity" represents the GDP weighted growth rates of broadly defined money aggregates in these countries. Period: 1982-Q1 to 2004-Q3.

The strong increase in money and credit – for which international central banks can be held responsible (see Figure 1 (b)) – poses a clear risk to the purchasing power of money: it is perhaps one of the best proven hypotheses that, when too much money is chasing too few goods, inflation will inevitably emerge. Although, on a global level, consumer price inflation appears rather muted at present, there are indications that the devaluation of money might be taking a new route, namely via "asset price inflation": excess money is actually flowing into asset markets, driving up prices for real estate and – most importantly – bond and stocks (see Figure 2 (a) and (b)). Even though inflation is typically measured via consumer price changes, asset price inflation erodes the value of money in the same way as consumer price inflation.

(a) Bond prices (b) Stock prices

Such a development is highly costly. As Friedrich August von Hayek put it: "… the chief harm which inflation causes … [is] that it gives the whole structure of the economy a distorted, lopsided character which sooner or later makes a more extensive unemployment inevitable."3 And: "Inflation at first merely produces conditions in which more people make profits (…). In order for inflation to retain its initial stimulating effect, it would have to continue at a rate always faster than expected."4 It might therefore not take any wonder that central banks, in a desperate attempt to keep the economies going, try their best to increase money and credit supply further via record low interest rates.

As Mises put it: "The wavelike movement affecting the economic system, the recurrence of periods of boom which are followed by periods of depression, is the unavoidable outcome of the attempts, repeated again and again, to lower the gross market rate of interest by means of credit expansion. There is no means of avoiding the final collapse of a boom brought about by credit expansion. The alternative is only whether the crisis should come sooner as the result of a voluntary abandonment of further credit expansion, or later as a final and total catastrophe of the currency system involved."5 "Inflation is a policy that cannot last."6

There is indeed cause for concern that a "debt trap" might arise as a direct result of a prolonged period of a low rate monetary policy. Unsurprisingly, cheap money makes credit funding increasingly attractive for borrowers; under a cheap money policy, the level of indebtedness tends to rise for private households, firms and governments.

If returns on investment fall short of expectations, e.g., the cost of borrowing, it is clear that a rising portion of the economy's income will need to be spent servicing the debt. This would clearly be a highly unfavourable development – and there is currently a significant risk of this occurring.

Admittedly, the economic mainstream believes that a low interest rate policy is helpful for stimulating output and employment: lower borrowing costs are widely expected to translate into higher investment, job creation and, ultimately, growth. However, such an outcome is far from clear. In fact, a cheap monetary policy might not reach its goals but end up achieving quite the opposite of what it is intended to do.

What is often overlooked is that a low-yield environment reduces the economic incentive to adjust scarce resources to new circumstances. An artificially low interest rate can thus be expected to water down the need to bring about product and process innovations, a crucial ingredient for sustained growth. Low borrowing costs prevent the market exit of relatively inefficient suppliers, whereas it becomes harder for higher performers to gain market share, cementing inefficient market structures. Finally, there is a danger that a low interest rate policy encourages only low yield investment, which, should interest rates rise, would become unprofitable, causing a further business cycle crisis.

Rising indebtedness within the economy, coupled with disappointingly slow economic growth, could provoke public pressure on the central banks' low-rate policies. If central bankers do not see the need, nor have the courage, to pursue a pre-emptive policy – that is, raising rates towards more neutral levels before any crisis unfolds – the cheap money policies will remain in place, in the hope that an economic improvement or a rise in inflation provides adequate ammunition to embark upon a restrictive monetary policy. However, if central banks wait too long, there is a risk that the rise in indebtedness will seriously undermine the consensus for a stable money policy: a rising number of borrowers may hope to find relief as higher inflation devalues their real debt.

An "unwanted" debt trap is actually a result of a monetary policy which does not follow rules but bases its decisions on discretion. This is the Zeitgeist monetary policy that has been nurtured in the last decade: policy makers have increasingly focused their policy actions on immediate developments (cyclical swings), rather than seeking to preserve general conditions (maintaining long-term price stability). Under such a regime, sooner or later a central bank is likely to fall victim to its previous mistakes: the bank would be forced to adjust money supply to attune for the damage already done. One unwanted result of such enforced action would inevitably be a debt trap.

This situation can largely be attributed to policy makers' neglect of money and credit expansion factors, which influence prices in the medium- to long-term but not in the short run. The marked increase in indebtedness in the western industrialised countries, especially as a result of the major central banks' cheap money policy, should have convinced policy makers to change course already. However, it is worrying that central banks show no sign of returning to a more "normal rate policy", as evidenced by the still record low long-term (real) capital market yields. This might well be taken as an indication that markets could believe that central banks are already caught in a kind of debt trap.

Against this background, one can only hope that the major central banks will be encouraged to (continue to) bring interest rates towards more neutral levels – to reign in excessive money and credit expansion, so that – keeping Mises' advise in mind – attempts to remedy the present ill will not sow the seeds of a much greater ill for the future.