The Crisis Point of the Inflationary Boom 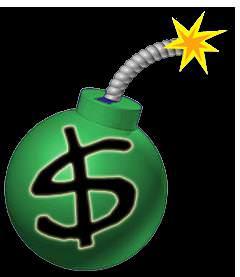 In a recent survey — jointly conducted by CFO magazine and Duke University — one of the top concerns being expressed by industry executives across the United States, Europe, and Asia was that of the rising cost and — to a slightly lesser extent — the reduced availability of labor, especially that of the skilled variety.

The worry most forcibly competing with this angst was that of whether "consumer demand" would hold up in coming months.

For a Keynesian this conflict can have no meaning, for the central chicanery around which the General Theory is constructed is that depressions can be warded off through monetary debasement, simply by stuffing the workers' pockets with extra cash, while simultaneously fooling them as to the real value of the nominal wages being received in such a newly clipped coinage.

In the case where wages are rising (labor costs are mounting) because employment is near full (suitable candidates for work are hard to find) then, assuming the mythical "propensity to consume" remains broadly constant, consumer demand should be a shoe-in, and unlearned industrialists need not lose too much sleep over their prospects for either sales or profits.

Granted, "end demand" could also become (temporarily) curtailed by a sudden outbreak of thrift, that virulent, unpredictable strain of global pandemic feared by the macromancers more than dirty bombs, bird flu, melting ice caps, and a direct asteroid strike, combined, for its potency in disrupting the pristine, academic beauty of their consumption functions and ISLM curves.

The unlikelihood of this taking place in a world whose mail boxes bulge daily with unsolicited offers of new credit, and whose masses have been conditioned to view shopping as a sacramental rite, should be all too apparent.

In fact, what our survey results really display are the classic symptoms of the unhealthy discoordination that an unbacked credit expansion induces in the body economic.

What we see here is that most of the businessmen canvassed are finding their costs are rising and, in particular, the dominant cost they typically bear: that associated with retaining a competent and motivated workforce. At the same time, those who do not directly play a part in satisfying the needs of end consumers (an overriding majority, if our sample is representative of industrial and commercial organization as a whole) are beginning to fret about a slackening of demand for their (mainly higher and intermediate goods) output.

As Mises, Hayek, et al. took great pains to explain, what this means is that the seemingly golden age — in reality, a thinly gilded one — during which the first, most favored issuers of cheap credit and artificially boosted equity prices enjoyed almost effortless success, has reached the limit of its ability to postpone the workings of fundamental economic law.

Even if financial capital once appeared so abundant as to provoke strange, Swiftian fantasies about the "saving glut" and the "asset shortage," real, physical capital was never called into being quite so readily, since its creation requires not the staccato keystroke of a fiat banker, but entrepreneurial vision, hard work, and genuine saving.

By that last we mean a voluntary abstention from current consumption, undertaken in order to improve the chance of greater plenty in the future, and not the corrupt preemption of a man's spending power — effected with monetary trickery — which inflationists laud as "forced saving." Being a species of initially unrecognized compulsion, this is a deceit doomed to fatal self-contradiction, once its dupes wake up to the nature of the con being practiced upon them.

Since the boom has been driven forward according to the projections of the borrowers and the low-hurdle eagerness of their lenders, rather than being predicated on meeting the imperatives of consumer sovereignty, we eventually find ambition has come to overmaster achievability and hope to have triumphed over hardheaded calculation.

To be harmonious and self-consistent, production should be guided by the wants of those whose ability to express them comes by virtue of being in harness to the same web of mutually supportive processes that help satisfy the needs of others, in turn. If not, scarce physical resources will be squandered in trying to realize misplaced visions of a world as overbrimming with affordable means as the unnaturally low interest rate treacherously seems to imply.

Worse still, once the fever of the boom spreads from its initial promoters and their preferred clients to infect the populace at large, sobriety and forbearance tends to vanish in a kind of Gresham's Law of the spirit. A world awash with "liquidity" is not one where the steady flame of good husbandry can outshine the neon-lit promise of instant gain.

To recap, what then we find is that not only does the availability of financial capital become wholly divorced from the extent of the pool of physical capital goods; not only does much of that pool become misused (and, hence, ultimately, stripped of its original "capitalness"); but that the wellspring of capital maintenance and augmentation — namely, voluntary saving — is concreted over to provide a gaudy, Baroque fountain of greater exhaustive consumption.

As this happens, many final-goods prices will rise as they are revealed to have been undersupplied in relation to the monetary means now pouring into the hands of their would-be consumers. Where such goods also comprise inputs to production taking place further upstream (as is archetypically the case with, say, energy), this increase in expense will primarily add to costs and may therefore begin to sap profitability, if these are not either offset with greater efficiencies or fully recouped in higher selling prices.

Furthermore, as they find their standards of living slipping, those workers who are so enabled — and they will be legion at the height of the boom — will be far less shy about insisting upon more from their employers, by way of compensation for their efforts. Labor costs will now feature in the list of boardroom anxieties.

Simultaneously, since "demand" will have come to a white-hot focus of insistency on end-consumer items, all those who can do so will be shifting resources towards meeting it. If this means abandoning half-completed schemes for long-duration projects in favor of pursuing more mundane but now more lucrative goals, such as putting food on the average man's table and keeping his boiler stoked with fuel in the here-and-now, so be it.

Unfortunately for the Keynesians, with their quaint, quasi-hydraulic depiction of the economy, such intensified end demand will not automatically translate into higher revenues for all the businesses strung out along the chain of production, just as a sudden appetite for beef will not instantly cause the grass upon which the cattle feed to grow more luxuriantly in the pasture.

What it will tend to do instead is to strip those not immediately involved in meeting that end demand of their ability to call upon productive resources on the same terms as before.

Squeezing margins as in a vice, this development may also diminish the orders received from those closer to the shop front, since these erstwhile business customers will now be too busy scrambling to restack their emptying shelves to contemplate closing off the sales area for a refit, much less to ponder the purchase of a gimmicky new IT system, or to think of splashing out on an expensive and distinctly nonessential corporate makeover.

This last may not wholly be a matter of discretion since, besides seeing their own wage bill expand, consumer-goods merchants are likely to see inventory replacement come complete with higher invoices, so working-capital needs may soon start to crowd out much more deferrable fixed-investment schedules.

Costs up, labor more pricey, yet demand flagging: this is the fate of all too many of the myriad businesses which comprise the vast, hidden, submarine bulk of the iceberg that is our modern, highly specialized, vertically stratified, distributed assembly-line economy — to the befuddlement of a mainstream lacking a proper theory of capital or a true appreciation of the role of time.

Welcome to the crisis point of the inflationary boom!