GET NEWS AND ARTICLES IN YOUR INBOXPrint
A
A
Home | Mises Library | Connecticut On Its Latest Cash Grab: It’s Not Greed When We Do It 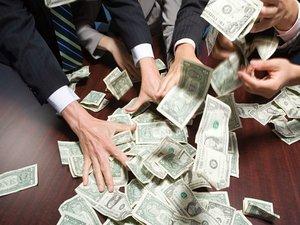 Those possessing the anti-capitalist mentality — so ascendant in our culture today — often critique market actors as being solely motivated by “greed.” Surely economic systems based on nobler motivations, they say, would better promote the long-run interests of the planet.

The Voluntary Marketplace Uses Greed as Motivation to Serve Others

This is an issue I deal with in detail in my Principles of Economics classes. The fascinating point about the market system isn’t that it is based on greed, but rather that it forces those motivated by greed to act in ways that promote the social interest. If you want to get rich, say by x amount, then you better improve the lives of consumers, through voluntary transactions, by some amount greater than x.

Such are the economic means of acquiring wealth, explained in more detail in 1922 by the German sociologist Franz Oppenheimer, writing at a time before his discipline transmogrified into an enterprise predicated on supporting greater state intervention.

However, problems arise when those motivated by greed find ways to acquire wealth through coercion. Oppenheimer called these the political means (as opposed to the voluntary means of the marketplace), and we witness them today when (1) firms benefit from their relationships to the state as opposed to the consumer, and (2) the state itself uses its legal monopoly on violence to acquire wealth.

A New Death Tax in Connecticut

These ideas ran through my head when I read about the new probate court “fees” approved by the Connecticut legislature this month, reinforcing its status as being among the worst states in which to die. Whereas the maximum fee for settling estates there was $12,500, it can now go as high as $100,000, and in some cases, well over $1 million. These “fees” are in addition to estate taxes that range between 7.2 to 12 percent on estates greater than $2 million.

The “fees” were justified on an expected budget shortfall of $32 million that the legislature wanted to fill, but I wondered: Where was the outcry from the greed-police? One can imagine the reaction if, due to poor fiscal management, Costco or Best Buy announced they were going to double or triple prices on their popular items to account for losses. Yet, governments do this all the time, and somehow, it is never considered greed when political means are used to acquire wealth.

Adding to the irony is the fact that resources are more likely to be squandered when forced out of private hands and into the public sector, where incentives to waste today promote bigger budgets tomorrow, and where crony capitalism is fed. Resources that might have been saved and directed to productive uses are instead directed to various interest groups and well-connected firms.

Capital Arises from Thriftiness, Not Greed

[c]apital is not a free gift of God or of nature. It is the outcome of a provident restriction of consumption on the part of man. It is created and increased by saving and maintained by the abstention from dissaving. Neither have capital or capital goods in themselves the power to raise the productivity of natural resources and of human labor. Only if the fruits of saving are wisely employed or invested, do they increase the output per unit of the input of natural resources and of labor. If this is not the case, they are dissipated or wasted.

The accumulation of new capital, the maintenance of previously accumulated capital and the utilization of capital for raising the productivity of human effort are the fruits of purposive human action. They are the outcome of the conduct of thrifty people who save and abstain from dissaving, viz., the capitalists who earn interest; and of people who succeed in utilizing the capital available for the best possible satisfaction of the needs of the consumers, viz., the entrepreneurs who earn profit. [Mises, The Anti-Capitalist Mentality, pp. 84–85]

Capital is actually a gift of the thrifty, and it is not free. There’s no surprise that states with no death taxes whatsoever attract capital from places like Connecticut. Its pols are between a rock and a hard place, with the rock being the need to finance the current level of redistribution (and to never, ever reduce it), and the hard place being the increasing willingness of the pilfered to engage in tax avoidance. Its legislature must be the trust attorney’s best friend.

Sick minds deemed the supply of death perfectly inelastic and therefore worthy of tax. But it’s not just people who die in Connecticut. Wealth does too, illustrating what happens when greed is unconstrained by market forces. Some writers might consider Connecticut’s economy something of a model worth emulating, but the fact is that Connecticut — like every other tax jurisdiction — grows its public sector at the expense of its private, and that when capital predictably flows elsewhere, economic opportunity diminishes.